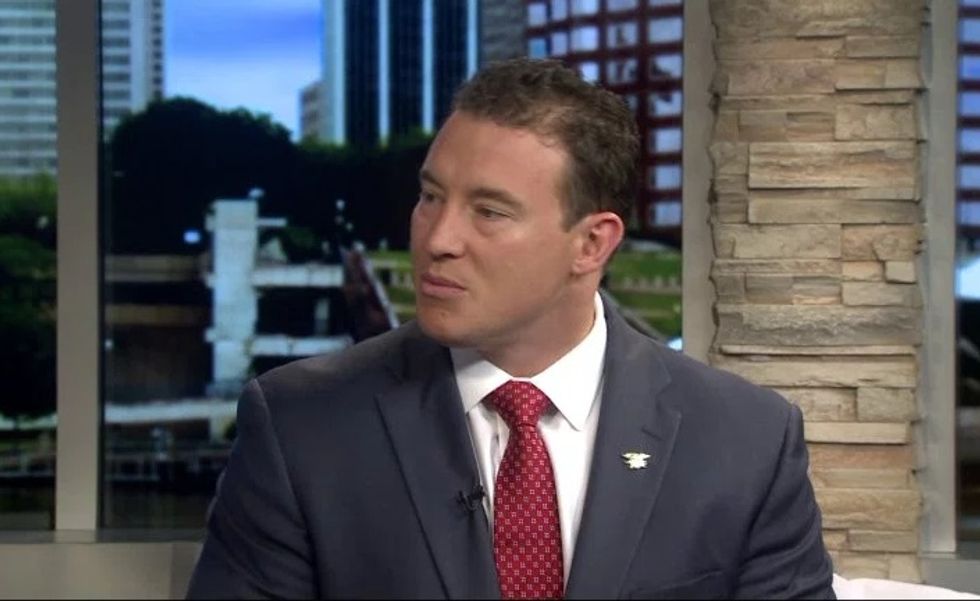 He loves America too much to let a bunch of Muslims and blacks ruin it, you bet.

Carl Higbie, the "chief of external affairs" (that's government talk for "spokesperson") for the agency that runs Americorps and other service organizations, resigned Thursday after CNN's Andrew Kaczynski reported Higbie's radio career was one long stream of slurs against minorities, gays, and Muslims -- like, even worse than most other Trump spokespeople. He stepped down from the Corporation for National and Community Service after less than six months in the job. Get ready for the inevitable White House statement that no one in the administration had any idea who he was, which, with this bunch, is at least a real possibility.

In a tweet this morning, Higbie was very, very sad he'd ever been a bigot in public a long, long time ago:

We were really taken by this nice person who had no idea just what foul things Higbie said, but knew in her heart that his having been a Navy SEAL made it all OK with her:

So, what kinds of opinions was "L____" happy to allow, because Higbie was a brave hero? Mostly stuff that the Politically Correct Left thinks are somehow "inappropriate" for the public face of the agency that manages all the millions of people volunteering with programs like AmeriCorps and Senior Corps. Stuff like this clip from his radio show, "The Sound of Freedom," in which Higbie shared a fun anecdote about the time he was giving away free firewood because he had extra, and darned if ALL the blacks weren't just downright rude to him! The white people who picked up free firewood were all really nice, and some even offered to pay. But out of all the black folks, "Only one person was actually cordial to me":