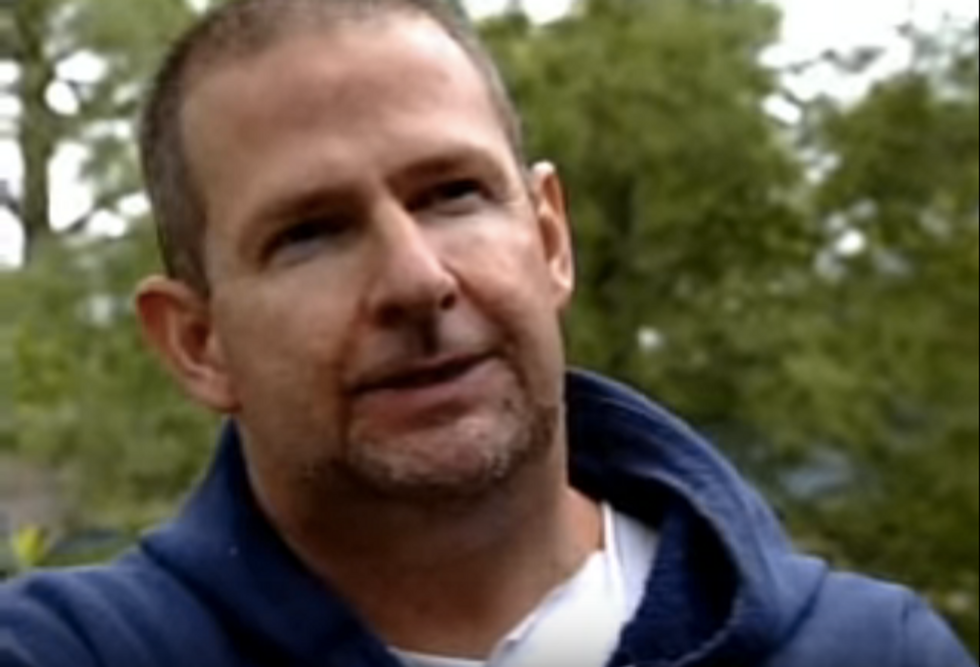 In a letter to the editors of South Carolina newspaper The State, former teacher Winston McCuen issued a solemn, plaintive plea: WHY OH WHY CAN'T WE EVER GET TO SAY THAT SLAVERY WAS AWESOME?

That is what McCuen thinks anyway, and that is also why he is not allowed to teach anymore.

The letter, titled "Teach truth about the virtues of slavery," explains that slavery was good because John C. Calhoun -- seventh Vice President of the United States and a rather notorious racist -- said it was good. And he wouldn't lie, would he? So therefore slavery was good.

The recent controversy about Confederate monuments and flags ultimately revolves around one man and one question. The man is John C. Calhoun, the great philosopher and statesman from South Carolina, and the spiritual founding father of the Confederacy. The question is: Was Calhoun right or wrong when he argued, from the 1830s until his death in 1850, that the South’s Christian slavery was “a positive good” and “a great good” for both whites and blacks?

You know what? He's not wrong. Arguing to keep those monuments up, no matter how hard one tries to present it as a mere desire to "preserve history," is ultimately about being allowed to cling to the belief that slavery was not so bad.

If Calhoun was wrong, then there may be grounds for removing monuments and flags.

He was and there is!

But if Calhoun was right, the monuments and flags should stay and be multiplied, blacks should be freed from oppressive racial integration so they can show the world how much they can do without white folk, the Southern states should seize their freedom and independence, and the North should beg the South’s pardon for the war.

Conveniently, John C. Calhoun was NOT right, and neither is Winston McCuen.

No, dear. Calhoun's views are unpopular today because he was a racist and an idiot. Also, a very bad human being. Who was wrong. Deeply, deeply wrong. Just because a view is "unpopular" doesn't mean it is the secret truth that the Yankees, the Red Sox, or anyone else is trying to trick you out of believing in order to prevent you from being happy.

Of course, due to the First Amendment, McCuen does have the right to believe, stupidly, that slavery was a great time for everyone involved. He can also believe that the earth is flat or that vinegar can keep chemtrails from hovering over his house. He can believe any number of lies and impossibilities.

What he is not entitled to is anyone going along with him, or anyone teaching the 100% non-existent virtues of owning human beings as chattel. He doesn't get that. And he shouldn't get his monuments, either.

This is, unfortunately, not McCuen's first foray into the public sphere. In 2006, his hateful views led to him being interviewed by WLTX-TV, which -- in turn -- led to his dismissal as a public school Latin teacher.

Isn't he just a peach?

Wonkette is ad-free and HATES SLAVERY. Tip the kitty, please.