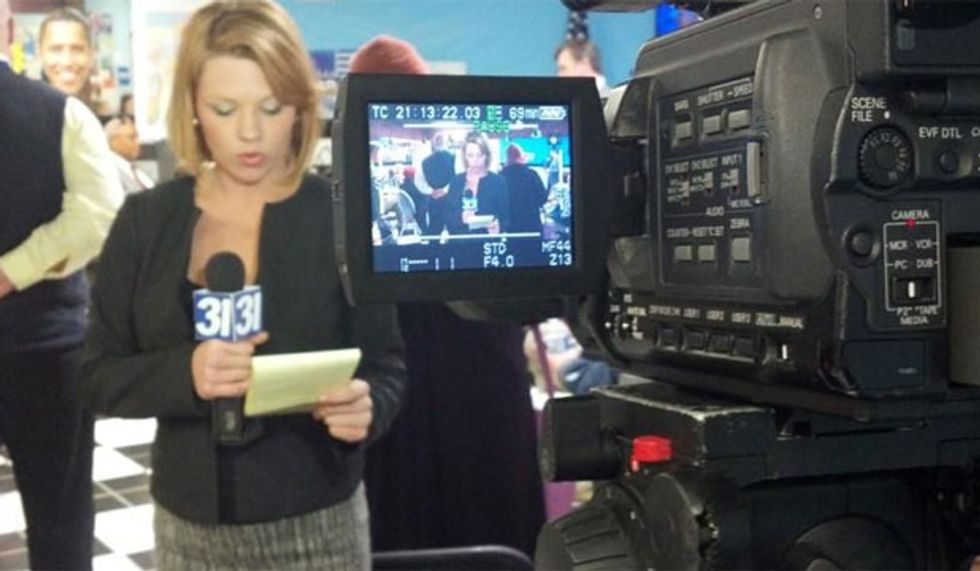 Y'all hear of this cute li'l muffin who gotshitcanned just for writing a blerg about how she is a terrible reporter (hates Oldz, steals mail, won't wear a bra)? It was adorable!

Well Shea Allen is not taking this unlawful (?) termination from some TV station somewhere lying down! She is all over the place, with her high dudgeon and righteousness! (We are big fans of high dudgeon, and righteousness, also. Too.) But maybe it was not just because of her Freeboobs?

Earlier this year, the insider says, Allen was suspended for three days for dropping an F-bomb on the air.

She allegedly followed that up with another warning for running a news package "that contained profanity and racial slurs."

Those are pretty bad. But what might be worse, for a working reporter?

For her part, Allen maintains her assertion that WAAY trampled on her freedom of speech by terminating her for something she wrote on her blog.

"I feel what I do in my personal space is protected by the First Amendment," she said.