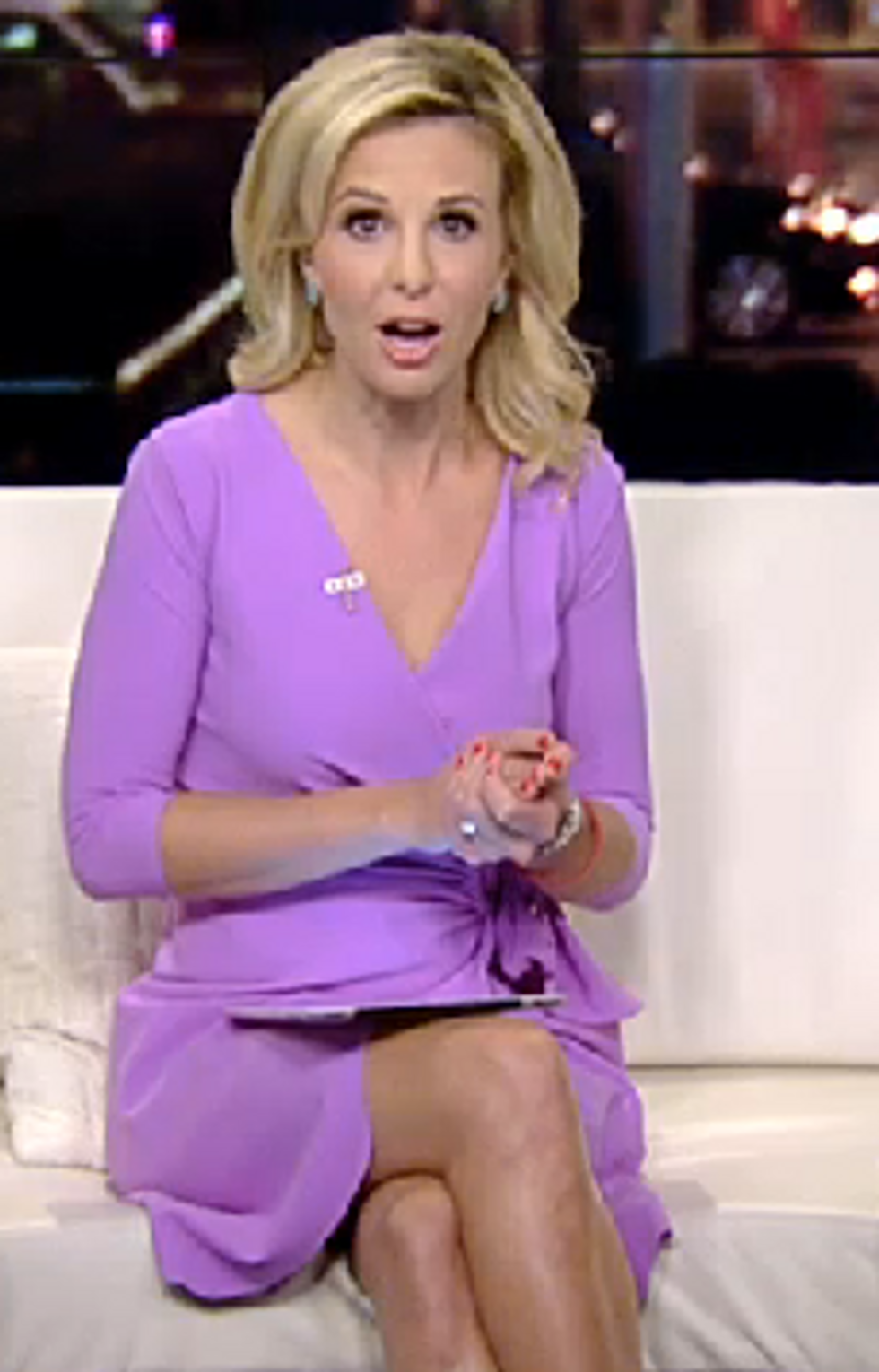 And we were just getting used to her

Throughout my 14 years working in television, I have never experienced a more positive and thoughtful atmosphere than FOX News Channel, thanks to the strong leadership of (FOX News Chairman & CEO) Roger Ailes, who has created the best working environment a woman and mother could ask for.

Pause for laughter because HAHAHAHAHAH. Yes, we're sure Fox News is a real utopia for the ladies, what with its no-pants policy, and its "Suck it up and make nice with Donald Trump" agenda, and having "experts" manspread all over the sofa, ALL THE GODDAMNED TIME, about how ladies should be at home, doing unpaid at-home wife-and-mommy lady work, instead of stealing "equal" paychecks from The Men. Except for when they do that, they are bloodsucking man-users, THANKS FEMINISM.

Oh, and the occasional HI-larious joke about lady-beating, which is always just a joke so lighten up, jeez!

Anyhow! Thanks to feminist poster boy Roger Ailes, and also God, Elisabeth Hasselbeck has realized she'd rather start her day with actual children, instead of the two dickbags who currently sandwich her every morning:

I am entering into a season where I want to start my day with my children first [...] I am confident that this personal decision is the right one for our family, and we will be joining all of you watching Fox & Friends each morning as we get ready for school together.

We are not about to go all Mommy Wars on Mrs. Hasselbeck for deciding to give up her career as Token Morning Girl Blonde, so she can stay home and personally force her children to watch Fox every day. What are we -- the Style section of the New York Times? No, we are not.

Will we miss Hasselbeck's un-unique brand of dumb, though? Ah, let us stroll.

Eh, come to think of it, we probably won't miss Hasselbeck at all. Fox has a million other blondes who can get Roger Ailes off, and Fox plans to swap in whatever Foxer or Foxette isn't busy Googling Fox chicks in bikinis that day, until a permanent Hottish Lady Blonde can permanently fill Mrs. Hasselbeck's petite Ailes-approved butt prints on the sofa of stupid.