Fox Host To Grads: Want To Save The World? Go Work For Big Oil 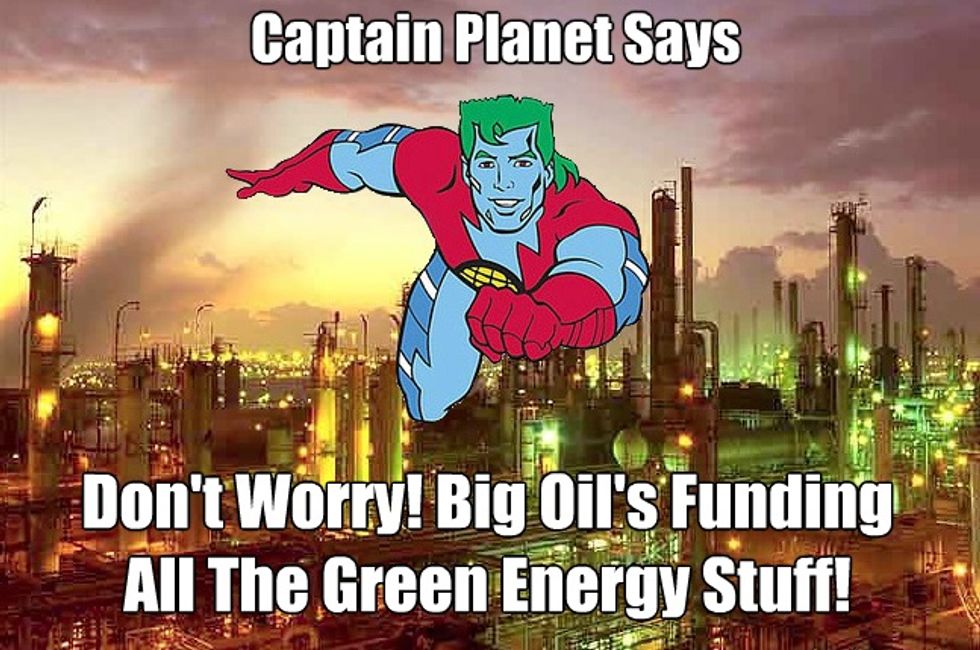 It's Graduation Season, and time for all kinds of inspiring thoughts from Olds to Youngs, mostly aimed at telling the Youngs to not fuck things up as badly as the Olds did. One exception, of course, was Kurt Vonnegut, who reminded graduates at Bennington in 1970 that they couldn't possibly hope to save the world because they had no money or power: "You don't even know how to handle dynamite." But he nonetheless urged them, once they did gain some money and power, to work for a form of socialist government. That's still much better advice than the thoughts on success ladled out by two of Fox's The Five Monday.

Greg Gutfeld was not a fan of Apple CEO Tim Cook's advice for young folks to "bring values to your work, because what if they're bad values?" We suppose he would know. Instead, Gutfeld said, all young people need to do is "work ten years straight," and then they'll have saved up enough to "be comfortable and set for life," which is probably possible on a Fox News anchor's salary. And then Dana Perino interjected with some seriously idealistic advice for grads who really want to make a difference in the world:

Just jump into a job. You're not going to be able to save the world in your first job, so get in, get a job, and actually when you earn a little money, then you can do more good.

Oh, hey, she sounds just like Kurt Vonnegut so far! And here comes the pitch for socialism, we bet!

Bringing your values doesn't mean you have to compromise yourself, but if you plan to, like, save the world of global warming and you really want to work for a green energy field, well the place to go is to work for Chevron and Exxon; they actually are funding all the green energy stuff. So you have to get over this idea that you can't work for a big corporation or for Big Oil or Big Pharma, because actually those are where some of the great jobs are and you can do good there.

Erm. OK, we guess that's the sort of pitch for green jobs that you might expect from someone who appeared at a pro-fracking conference in 2014 and received a nice speaking fee from Range Resources Corporation, "one of the largest drillers in the Marcellus Shale."

But isn't it true that Big Oil is investing heavily in alternative energies, since the industry knows fossil fuels won't last forever? Ehh, depends on where you look. On the cable teevee news, we see all sorts of exciting ads telling us what responsible corporate citizens the oil companies are, researching alternative fuels and clean power. And some, like Shell, even have CEOs who say that global warming is real.

But all that starts looking an awful lot like greenwashing -- you've still got the industry paying for garbage research aimed at casting doubt on climate science, not to mention the relentless purchasing of members of Congress, and industry efforts to discourage home solar.

Not that Dana Perino is completely wrong, of course. We'd strongly encourage idealistic young people to go to work for oil companies, or even Koch Industries. Especially if they're congenital troublemakers who intend to copy documents, say "The hell with nondisclosure agreements," and after five years, turn over a nice fat file of incriminating evidence to Greenpeace and/or the EPA. It's a thought, at least.