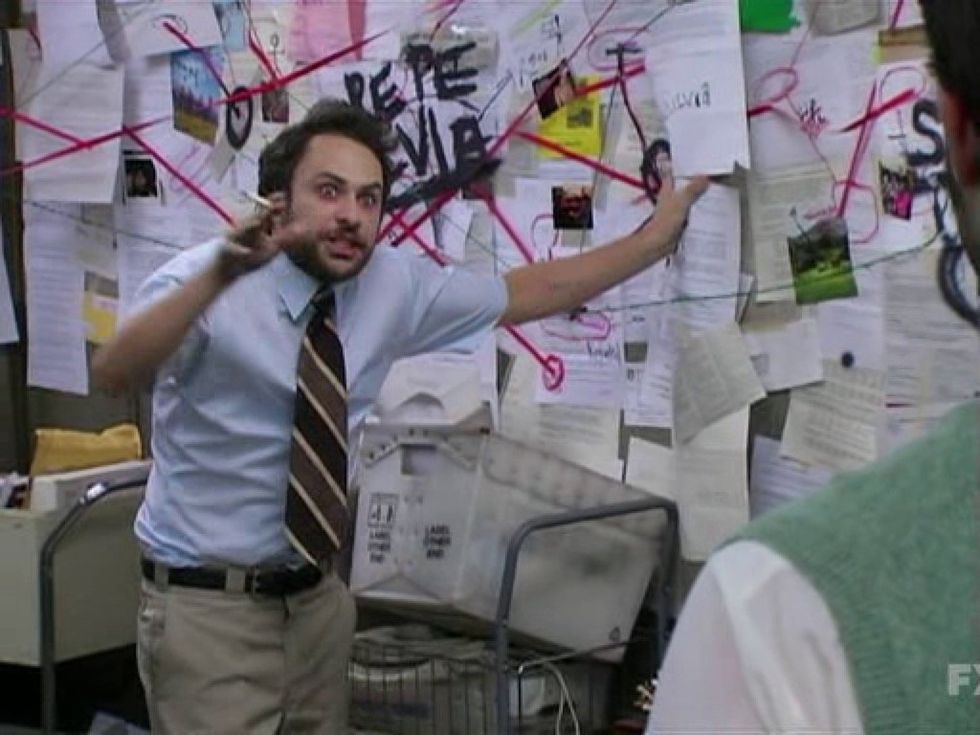 Ready to break down some Grade A Fox News Breaking Nonsense? Glove up, kids! Time to reach all the way up into the ass end of that feverswamp.

Because of course it involves those treasonweasels! Two weeks ago, the #DeepState murdered Sean Hannity's Twitter account for a few hours. While Hannity was offline getting probed by UFOs, several fake accounts popped up using his name.

Rapey hacker Julian Assange reached out to one of those fake Hannity accounts, because he is the best at cyber.

Who will Fox News slander today? Why It's Democratic Senator Mark Warner!

WHAT AN ASTONISHING COINCIDENCE! Check out the headline last night on Fox News.

Wow, that looks damning! If you made it through the first 10 paragraphs (and then the embedded Scribd with scrollable text messages), you'd come to the part where the rest of the Senate Intelligence Committee said, "YEAH! WE WERE ALL WORKING ON THIS TOGETHER! QUIT LEAKING OUR SHIT!"

The senators released a joint statement to Fox News stressing they are working together, while blasting the “leaks of incomplete information.”

They said the committee has been in possession of this material for several months and committee investigators have pursued all relevant investigative leads related to the material.

"From the beginning of our investigation we have taken each step in a bipartisan way, and we intend to continue to do so," Warner and Burr said in the statement. "Leaks of incomplete information out of context by anyone, inside or outside our committee, are unacceptable."

Did the President "read" that far down? LOLOLOL! We are silly this morning!

Wow! -Senator Mark Warner got caught having extensive contact with a lobbyist for a Russian oligarch. Warner did not want a “paper trail” on a “private” meeting (in London) he requested with Steele of fraudulent Dossier fame. All tied into Crooked Hillary.