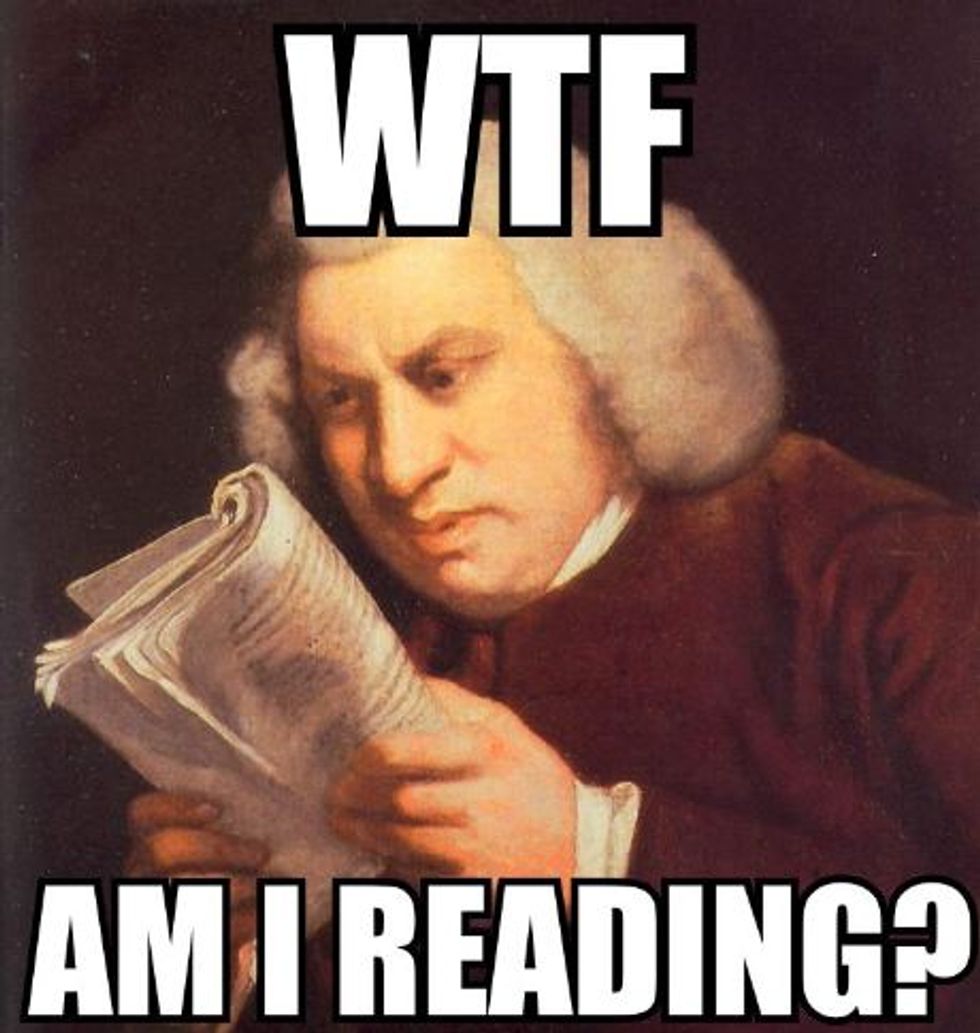 Whatever it is, it's not journalism

This must be why Fox News “journalists” win all the Peabody awards. Or Polk awards. Or whatever:

Beleaguered abortion provider Planned Parenthood announced Tuesday it would no longer accept money from researchers for aborted baby parts, citing a desire to defang “an anti-abortion political agenda” in the wake of a series of undercover videos that appear to show the organization profited from fetal organ sales.

That's some real fine fair and balanced reporting, don't you think? Granted, Planned Parenthood did not actually use the phrase "aborted baby parts" in its announcement that it will now absorb the entire cost of extracting and shipping donated fetal tissue to medical research labs, even though it is legally entitled to be reimbursed by labs for such expenses. But then, Fox doesn't really believe those BABY PARTS are really "donated" anyway, at least not according to the headline for its story, filed under "values":

You can just hear the smirk and see the eye roll in that headline, can't you? "Donations," hint hint nudge nudge wink wink SARCASM. If you weren't paying careful attention, or didn't bother to get your news from sources that don't actually make you dumber, you might conclude that naughty anti-values Planned Parenthood has finally agreed to stop raking in all that cold-hearted cash from selling BABY PARTS.

As for those videos that "appear to show" Planned Parenthood profiting from the the sale of fetal tissue? You already know those videos show no such thing. You'd think Fox News might know that too, if it were a place where "journalists" did actual journalism. But HAHAHA, this is Fox News we're talking about:

While it is legal for clinics to be reimbursed for any expenses incurred during the donation process, a series of undercover videos produced by an anti-abortion activist group have suggested that Planned Parenthood may actually profit from the sale of body parts, which would be illegal.

Sure, it's legal for Planned Parenthood to donate fetal tissue, thanks to a 1993 law for which many of the same Republicans now whining about the practice voted because fetal tissue research saves lives. (And no, Fox doesn't mention that part either.) But on the other hand, this completely discredited scumbag anti-choice extremist David Daleiden and his "pro-life" terrorist-sympathizer backers from Operation Rescue suggest BAD THINGS, so feel free to conclude whatever you want (so long as it is BAD THINGS).

And in case you still haven't arrived at the correct conclusion that Fox News is journalisming at you, here is an inflammatory expression of disgust from pathological liar Carly Fiorina:

"This organization is continuing to butcher babies for their body parts while mocking pregnancy centers and taking taxpayer dollars," Fiorina said in a statement to FoxNews.com. "This is about the character of our nation."

Does Fox News bother providing the context that even its own Chris Wallace pointed out to Carly's lying face that she was lying about Planned Parenthood, so maybe we should stop listening to her screeching about BABY PARTS? No, of course not, how is that relevant when we're doing journalism about Planned Parenthood maybe (but not actually) breakin' the law to make ka-ching bucks from BABY PARTS?

And huh, in this steaming pile of "journalism," Fox still hasn't mentioned all the investigations that have completely vindicated Planned Parenthood's practices.

Oh, but here we go! Fox has a statement from Rep. Jason Chaffetz, the wingnut chairman of the House Oversight and Government Reform Committee, who recently held a hearing on Planned Parenthood's supposed illegal activities, only to announce that despite his best attempts, he has also been unable to find any wrongdoing by Planned Parenthood. Like, none. At all. Zip zilch ZERO:

"Significant questions still remain about Planned Parenthood's finances," Rep. Jason Chaffetz, R-UT, said in a statement. [...] "This decision does not answer the question as to why a non-profit, tax-exempt organization reporting approximately $125M in revenue over expenses annually needs a subsidy from the American taxpayer."

Chaffetz said the House Oversight and Government Reform Committee would continue it's [sic] investigation, undercutting any attempt by Richards to inoculate her organization from future attacks.

Hmm, guess the Fox News journalist must have forgotten to include Chaffetz's admission that he's got nothin'. So strange. But Fox didn't forget to include a statement from the aforementioned scumbag behind the videos, declaring that Planned Parenthood's policy change is "an admission of guilt" and "proves what [his organization] CMP has been saying all along -- Planned Parenthood incurs no actual costs, and the payments for harvested fetal parts have always been an extra profit margin."

But of course that is objectively, demonstrably Not True. As you know. As we all know. As all the investigations have shown. And no, Fox never gets around to mentioning that part. Guess it ran out of column inches. That's why there's nothing about Daleiden admitting just how misleading his footage is, not that he thinks there's anything wrong with that, so long as you're trying to make people think Planned Parenthood is doing BAD THINGS.

Hmm, maybe that's why Fox News objectively and journalistically reported implications and allegations and sarcastic air quotes, but left out all the facts. Those pesky facts wouldn't help persuade Americans to stop loving Planned Parenthood more than anything else in the U.S. of A, would they?

Which obviously is what fair and balanced Fox is trying to do. Because that's how Fox "journalism" works.