Fox News Jackass So Excited About EgyptAir Crash, Because It's GREAT News For Trump 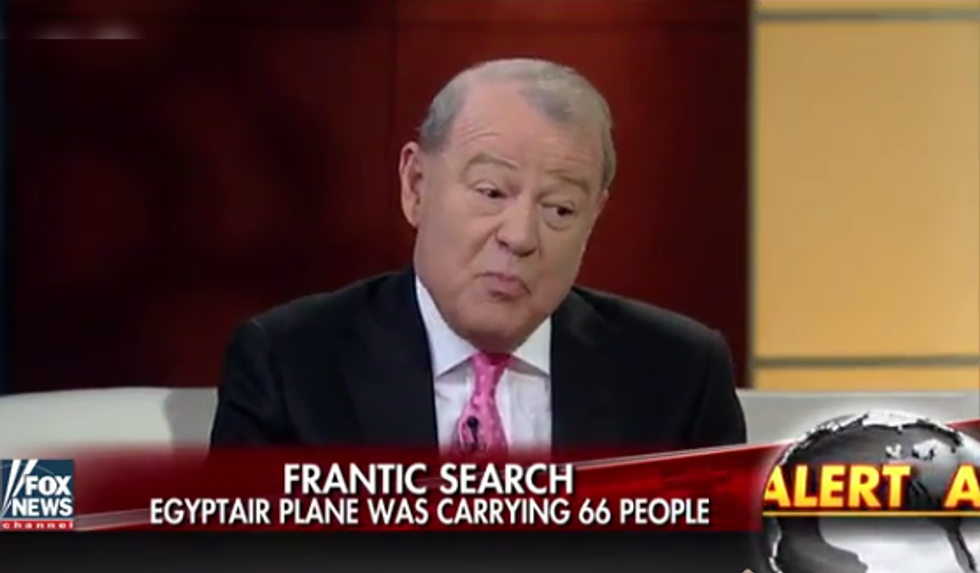 By now, you probably know there was an awful EgyptAir plane crash off the coast of Greece, carrying 66 people on their way to Cairo from Paris. Wreckage may have been found not far from the Greek island of Karpathos, but Greek officials dispute that. At this point, very little else is known for certain. Could it have been terrorism? Maybe! Will we find out for sure when officials actually have something to report? Absolutely!

But Fox News dickweasel Stuart Varney is SO excited, because he just KNOWS it was terrorism, and who wins when terrorism kills people dead? Donald Trump, of course!