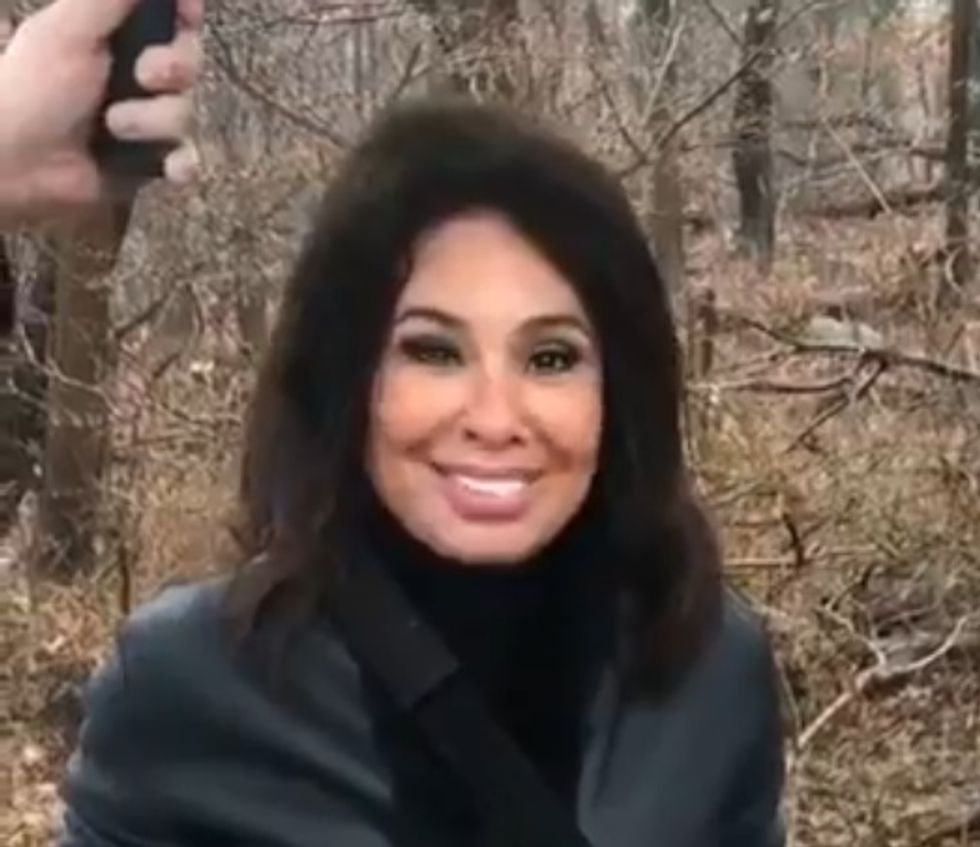 Fox News "personality" Jeanine Pirro made a very funny joke Friday to tease her dumb Fox News yelling show this weekend: She found a spot in the woods near Chappaqua, New York, and made like she was waiting for Hillary Clinton to come hiking by, because if there's anything more guffaw-inducing than the idea that some lady just met Hillary while hiking in the woods the day after the election last December, nobody knows what it is. It had to be fake, you know! Somehow, the photo of Clinton meeting a woman who she'd previously met another time, years before, is, in rightwing land, so completely impossible that the whole thing had to be staged, because isn't that exactly the cynical sort of ploy a Clinton would do, to get us into a WAR!!!!!????????

Never mind that Margot Gerster said, no, the photo wasn't staged, and that she's not a Clinton operative: On the right, that clearly fake chance encounter more than a year ago between a voter and the candidate she'd voted for was proof that the nation had barely escaped disaster by electing Donald Trump, who you will never, ever find anywhere near a wooded area unless he's really sliced badly again. And then he'll just quietly "find" his ball right at the edge of the fairway.

So, with that important set-up out of the way, get ready for Pirro's BOFFO joke here!

Up to the woods of Chappaqua, NY I go. I’m on the search for Hillary. All new #StreetJustice tomorrow! pic.twitter.com/mFILGtT64I