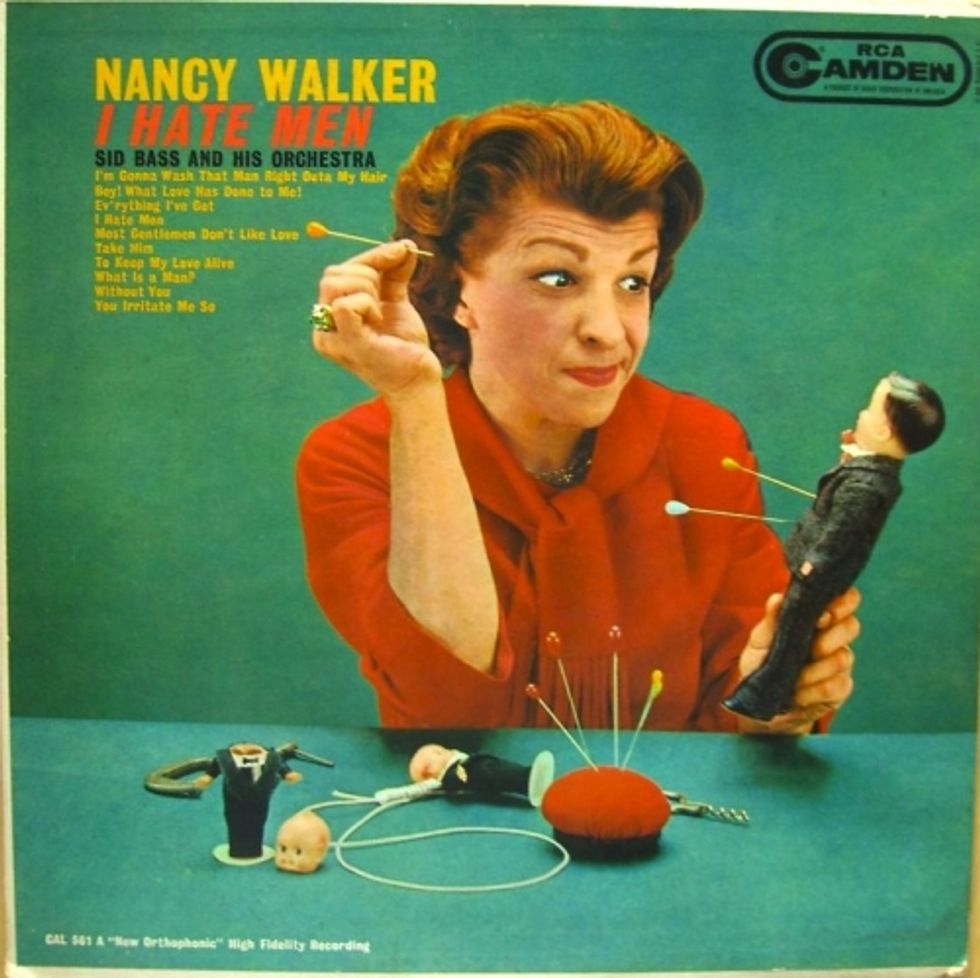 O hai Suzanne Venker. Good to see you again. How's life in the 1950s, where you apparently live? Full of men being men, before they were emasculated and spit upon and robbed of their manly essence? It must be absolutely lovely there this time of year. Thanks for crawling out of your self-imposed cave to share with us how menz are the real victims of everything because of ladies, natch. How are we hurting all the menz? Let us count the ways.

The war on men actually begins in grade school, where boys are at a distinct disadvantage. Not only are curriculums centered on girls’, rather than boys,’ interests, the emphasis in these grades is on sitting still at a desk.

Plus, many schools have eliminated recess. Such an environment is unhealthy for boys, for they are active by nature and need to run around. And when they can’t sit still teachers and administrators often wrongly attribute their restlessness to ADD or ADHD. The message is clear: boys are just unruly girls.

Ladies need to sit still. Boys need to run around. IT IS SCIENCE, YOU PEOPLE. Also, too, apparently grade schools are hotbeds of things only girls enjoy like reading and math. Boys need manly activity, like punching each other or hunting for food or making their own knives. Otherwise they'll just be ladies. What terror is visited on the menz next?

They go to college, where things only get worse because Title IX takes away their manly sports because now women get sports too and not fair. Also even more not fair, colleges have instituted pesky rules about not sexually harassing or assaulting women. How can men be men if they can't play ice hockey and rape women?

But the worstest hardest time of all for men is when they get married and tie themselves down to some shrieking harpy who will whine about domestic violence even though she started it. Truly, no one knows the trouble men have seen:

Yet it is males who suffer in our society. From boyhood through adulthood, the White American Male must fight his way through a litany of taunts, assumptions and grievances about his very existence. His oppression is unlike anything American women have faced. Unlike women, however, men don’t organize and form groups when they’ve been persecuted. They just bow out of the game.

TRUTH. Men have of course been the most persecuted group in America, what with the women getting to vote only a mere 100+ plus years after men did and getting to get raped and killed way more than men and getting to get paid less cash money than men. How long can this go on?? Menz, you need to get up stand up for your rights and someday we'll all be free and you shall overcome and you shall not be moved. Get to the front of the bus where you belong, my brothers.