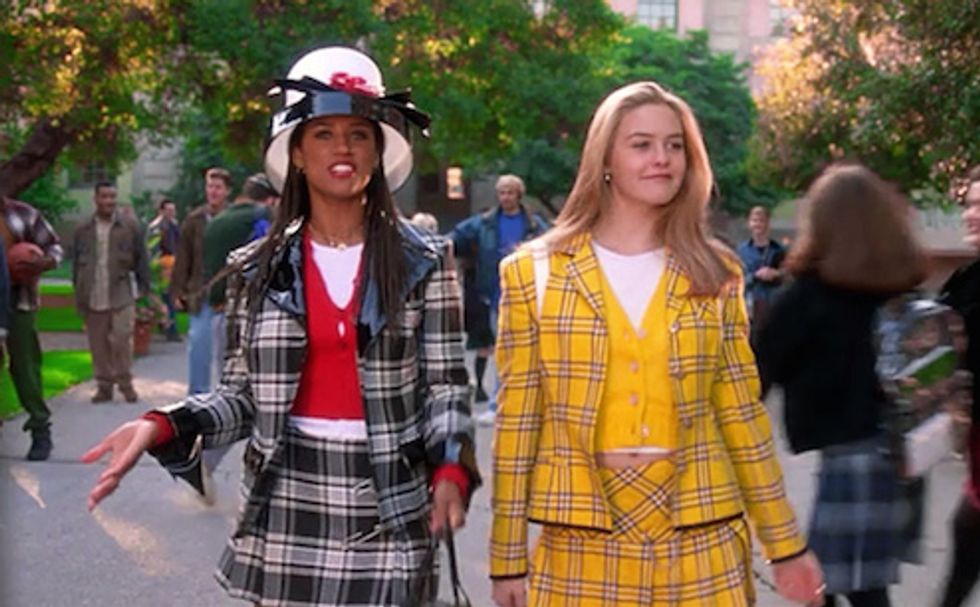 Stacey Dash is hip and young-(ish) and pretty and conservative and also knows who should get raped, and it is Kanye West. In a segment prefaced by blonde Fox bot Sandra Smith saying, "File this one under Just Stop Talking, People!" Dash took Kanye West to task for his ill-advised comparison of paparazzi and rapists, suggesting that maybe Kanye should go get raped in prison and see how funny rape is, haw haw haw.

For Kanye to say 'rape,' maybe he needs to spend some time on Riker's Island, y'know, go to Riker's for a little while. Then he'll know what rape is. I don't get celebrities not understanding that the paparazzi are doing their job

Dash failed to heed the advice of panelist Kimberly Guilfoyle, who less than a minute earlier said, "Think about what you're going to say, and then don't say it." Dash also managed to make a liar out of Sandra Smith, who teed up Dash's comments thusly.

I should be a little bit more respectful when I say 'these people,' because we have an actress sitting on the sofa, Hollywood actress Stacey Dash, and, y'know, I don't want to characterize all actors and actresses, you certainly wouldn't say something like that.

And then Dash proceeded to put her whooooole foot in her mouth! But maybe she was just following Cher's advice: "Anything you can do to draw attention to your mouth is good."

Then "Dr." Keith Ablow ran his gob about how "the TMZ phenomenon is out of control, I think that's a drug," and how we should all stop paying attention to celebrities and focus on the real news, which is presumably being broadcast on another channel.

Here, just watch the Iggy Azalea video for "Fancy" and pretend that Stacey Dash is still just an actress in a movie you enjoy.