Fox News Sent A Spy Lady Out On Dates With Reporters, Like An Old-Timey Honeypot 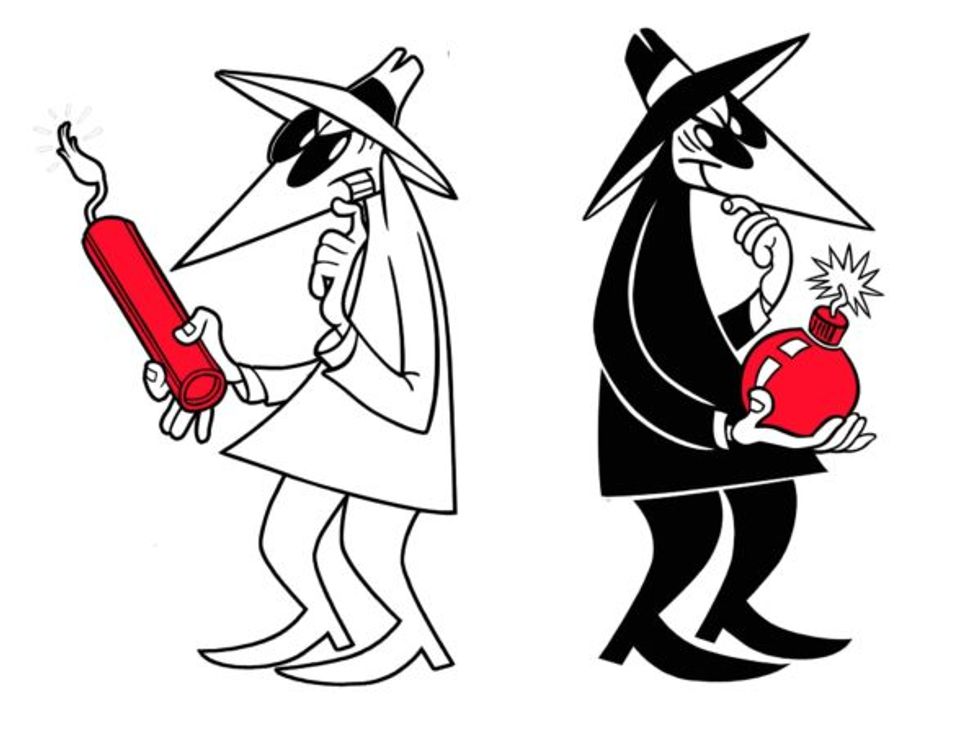 Looks like things at Fox News under Roger Ailes were creepy in areas that went beyond Ailes (allegedly) sexually harassing every woman with a pulse. In a recent New York magazine story, Gabriel Sherman, author of the Roger Ailes biography that first revealed the man's affinity for glass desks that showed off lady correspondents' legs, explains that Ailes also ran an operation to spy on journalists he thought might be trouble for Fox. Or anyone else he thought was worth keeping an eye on, for that matter.

On CNN's "New Day" Tuesday, CNN media reporter Brian Stelter recalled the time he went on what he thought were dates with a woman who worked for Fox, but which he soon realized were intelligence-gathering operations, since Stelter, a college student at the time, also ran a blog called TVNewser that reported on media, and Fox wanted to find out more about the little upstart. So of course it sent a staffer out on dates with him, as Stelter told anchor Chris Cuomo:

A lot of what he's reporting I think reporters have suspected for a while. I'll give you an example. About ten years ago I had a crush on a woman at Fox News. She was a low level staffer. I was in college at the time. So I was going out on what I thought were dates. Chris, I thought these were dates. These were not dates. She was actually reporting back to Fox News about me. She was reporting back about what I thought of her and about CNN and MSNBC and Fox. Because I was a reporter on the beat, they were actually spying on me that way. Now I didn't think that was a big deal at the time. I thought it was the way Fox operates. Fox is a political organization. But now we know they were actually sending out private investigators. They were tailing other reporters.

That seems like a reasonable thing for a news organization to be doing. After all, Yr Wonkette has an extensive network of spies in the rightwing blogosphere, keeping tabs on the biggest loonies at Breitbart, Daily Caller, Twitchy, and Gateway Pundit. (Fine, not really, but we can dream of being ethically slimy, can't we? Or at least making those people paranoid. More paranoid.)

Another CNN commentator, former New York Times media reporter Bill Carter, said everyone in the business knew that Fox News was giving them the business:

Carter: They were following reporters around. We knew covering Fox you'd have to deal with that. You'd get a call from them saying, "You better be right on this story" or the implication was, "We'll dig into your past, we'll dig into your private life."

Stelter: So we sort of knew but now we know much much more. Because these reports, like from Gabriel Sherman, saying that money, that Ailes was using Fox News money, for his own private spending.

It's nice to know the guy who taught Richard Nixon how to be more relatable on TV (everything is relative) appears to have a Nixonian streak of paranoia himself, and even had his very own Enemies List and a "black budget" to go after the people on it.

It's not like a bit of skulduggery was all that new for the Murdoch Organization at large, seeing as how Murdoch's British tabloid News of the Worldhacked into a bunch of people's cell phones, including the phone of a murdered 13-year-old girl -- the reporters who hacked the phone were accused of deleting old voicemail messages, giving the missing girl's parents the false hope that she was still alive (it turned out there was no evidence they had deleted messaged, but they definitely hacked the phone). Charming people, these Murdochs and their goons.

The Sherman piece is worth checking out all on its own if you want a taste -- from a safe distance -- of the way Ailes ran his sordid little media empire. Guess we'll have to finish reading that biography -- we started it when it came out, and then we got distracted when we had to review something really pressing like the Ted Cruz Coloring Book instead. Maybe there's something to that idea that the Internet rots your attention span after all.

In conclusion, always be suspicious of anyone you date, because it could be Roger Ailes in disguise. Have fun on OK Cupid, bye!