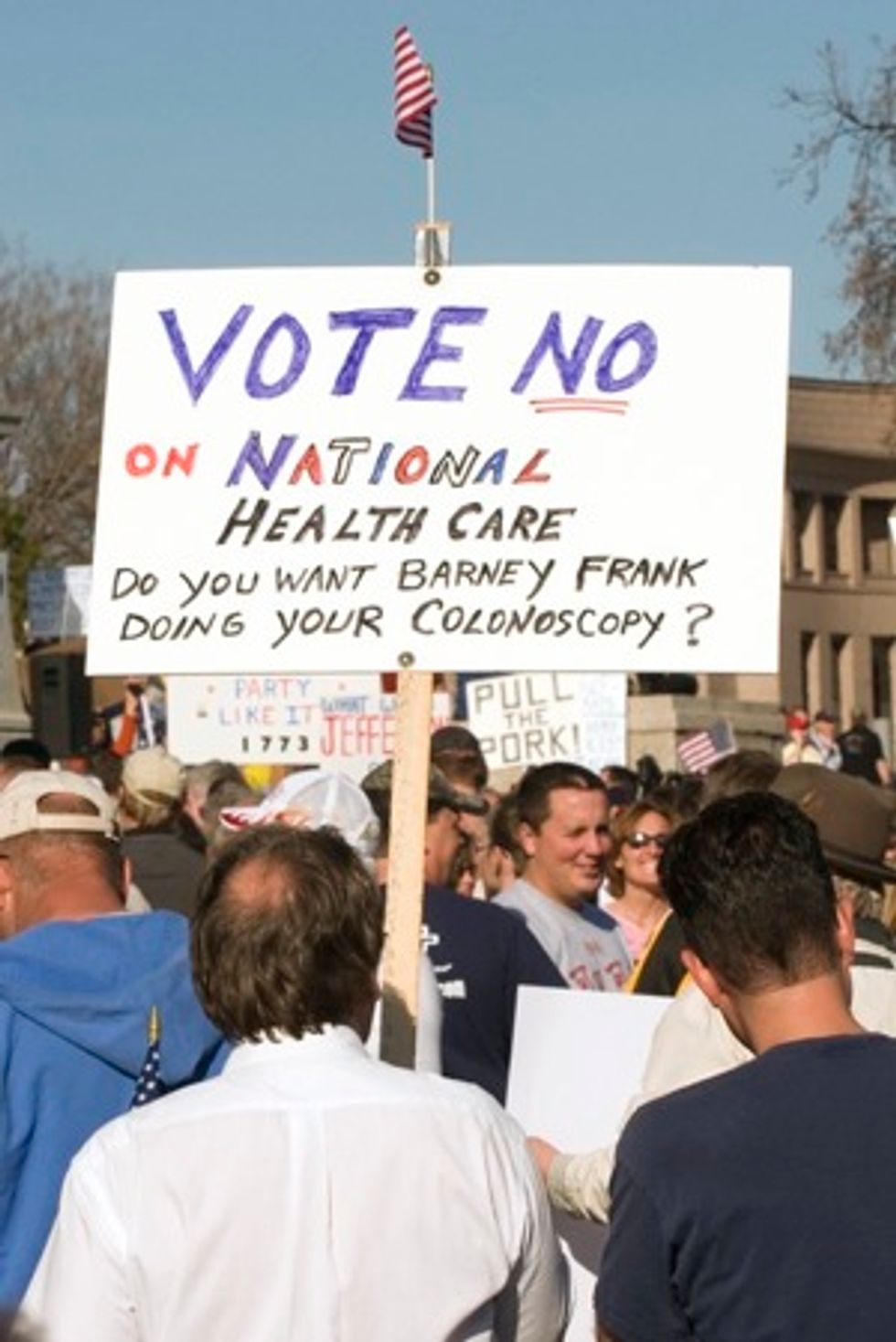 Why does America's #1 Teabagger News Channel hate the Teabaggers? Here's theanti-American crap currently being pushed by the foreigner Rupert Murdoch's cable channel website thing: "The rallies have also attracted the kinds of mistruths, exaggerations and conspiracy theories that make Tea Party leaders cringe." What "mistruths"? That Nobama's a Muslim Socialist Communist Nazi Kenyan who will send us all to FEMA camps? Yeah that's pretty much what Fox News is saying.

This so-called "reporter" at FoxNews.com then lists the stuff the teabaggers are saying at all these Tea Party Express rallies where angry dumb people sit in frayed lawn chairs and wave tiny American flags while eating bags of bacon cheeseburgers:

"Obama, to me, is a socialist. He's a Muslim and all he wants to do is bankrupt us and run us into the ground," Ken Schwalbach of Escanaba, Mich., said at a rally on Friday.

Some suggest Obama wants to keep Americans unemployed so that they become dependent on government-run programs. Lenin and Stalin have become catchwords to describe Obama in the speeches denouncing his policies.

Going further, swastikas, as well as pictures of Obama's face next to Adolf Hitler's, have appeared on signs at dozens of rallies blasting the president and the Democrat-controlled Congress.

Other Tea Party members continue to question the president's citizenship -- a sign reading "Show Us Your Birth Certificate" popped up at a recent rally in Traverse City, Mich.

Who wrote this left-wing propaganda, Rachel Maddow? It's time for real patriotic Americans to turn off Fox News, because otherwise that turncoat Glenn Beck is going to lead our proud Tea Party people right into the cattle car headed for the FEMA death camp! Please email this to every old white person you know, and encourage them to forward it to all the other old white people. GOD BLESS AMERICA. [Fox News]