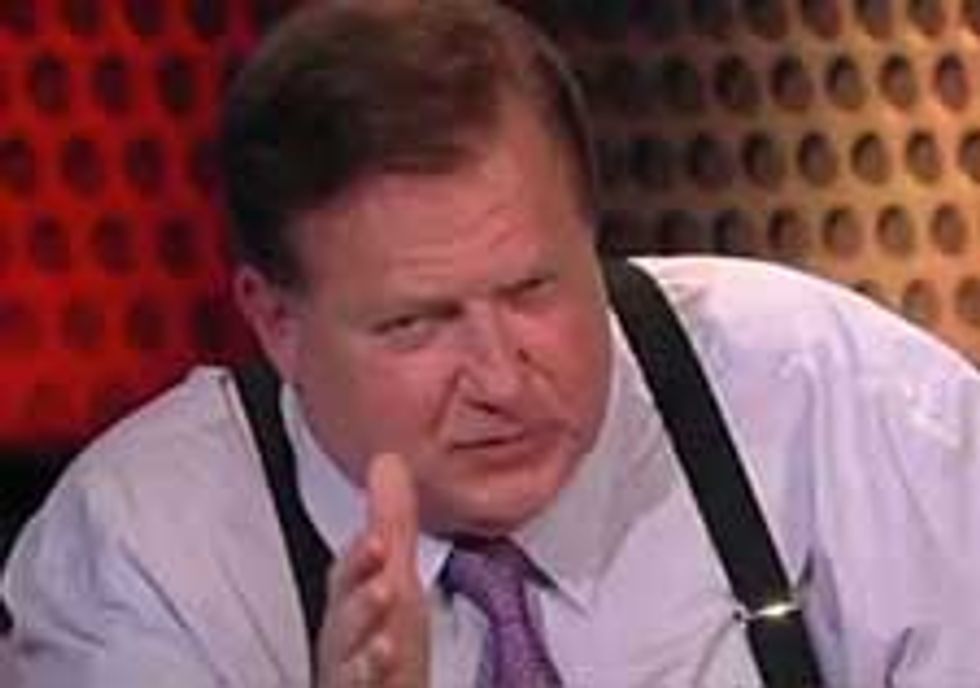 Do you know this guy Bob Beckel, the Fox News Liberal Who Isn't Juan Williams? Usually his job is to go on Glenn Beck replacementThe Five and have Dana Perino scratch his eyeballs out, while C. Montgomery Burns, The Joker, and, who else, Ashley Todd, maybe, cackle at the horror. But he also moonlights as, well, the Token Liberal on Sean Hannity's program, and last night he said the only decent thing that's ever been said on that show: "If you say that Head Start is a failure, you don't know what the FUCK you're talking about." Go this guy, Beckel!

After everyone got all mad and Fox News probably had to pay some fine, Beckel took to the Twitter to apologize for his wise observation that happened to have a naughty word in it:

I apologize to anyone who heard me on Hannity. I honestly thought we were off air. I just may not be cut out for the tv business. Peace