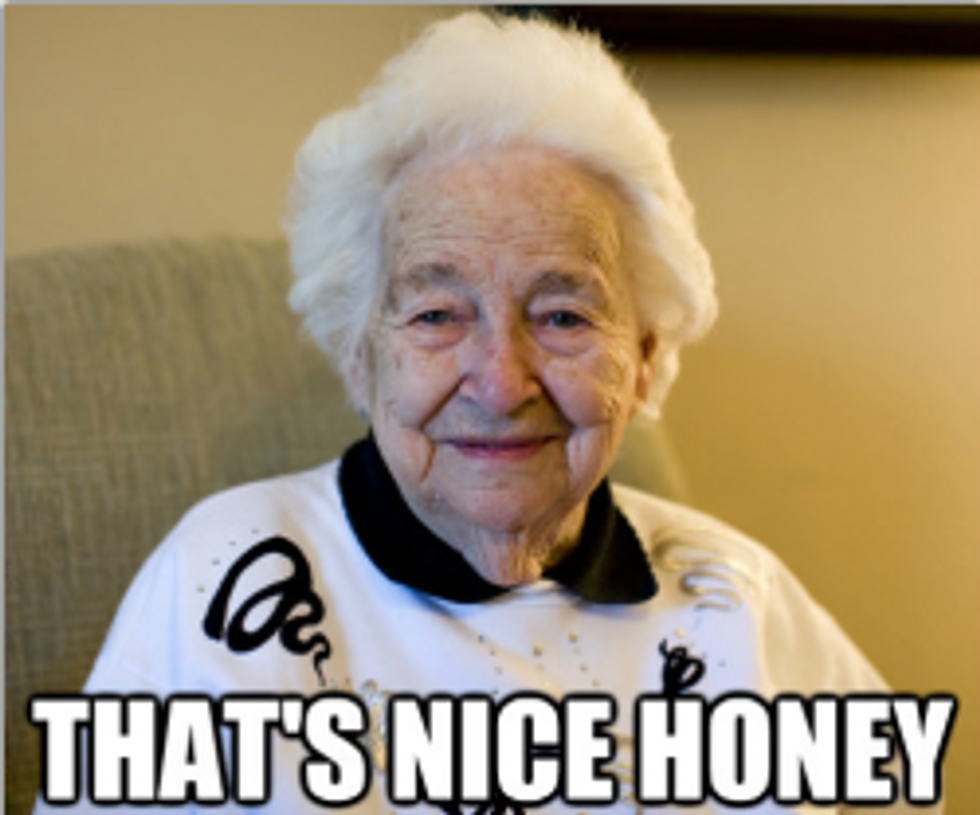 Help, help, Fox News is bein' repressed. Fox's token liberal Kirsten Powers has composed a magnificent cri de butthurt about President Obama's relentless campaign to destroy "the one television news outlet in America that won't fall in line and treat him as emperor." And she argues that if anyone should care about this massive assault on free speech, it's liberals, because "liberalism is founded on the idea of cherishing dissent and an inviolable right to freedom of expression." Why are all you liberals so blind to the violence inherent in the system?

While most of the piece is a rehash of Obama's 2009 War on Fox News, Powers has evidence that the Obama Administration is still bent on "delegitimizing" Fox solely because its reporters "ask hard questions," as seen in a recent New Republic interview where Obama said something so vicious, so vile, so utterly disconnected from any sense of fairness that it is almost impossible to believe! Look at the clear bias and venomous hatred in what he said!

“One of the biggest factors is going to be how the media shapes debates. If a Republican member of Congress is not punished on Fox News or by Rush Limbaugh for working with a Democrat on a bill of common interest, then you'll see more of them doing it.

Powers snips out the "or Rush Limbaugh" bit, of course, because as a responsible, legitimate journalist, she needs to show us that Obama is solely focused on hating Fox. But that's not all! Powers has identified exactly one other very recent example of the Administration's War on Fox:

Recently, the White House has kept Fox News off of conference calls dealing with the Benghazi attack, despite Fox News being the only outlet that was regularly reporting on it and despite Fox having top notch foreign policy reporters.

Gosh, that is incredibly damning! We wonder if maybe Fox's repeatedly lying about Benghazi might have anything to do with that? For instance, the claim that Obama and his staff "watched a live feed" of the attack, which is kind of not what actually happened at all -- as Media Matters clarifies, the factual report -- the administration received regular reports from Benghazi on Sept. 11 2012 -- quickly morphed into Sean Hannity's insistence that Obama was "watching in real time" (and perhaps munching popcorn while cheering for the attackers), a claim which Hannity continues to make despite repeated debunkings.

Ah, but shouldn't Obama distinguish between Fox's "opinion programming" and its hard news reporting, which are totally different things? We aren't sure why, since Fox News so seldom observes that distinction.

Anyway, there's a lot of other butthurt in the piece, including a prolonged squawk about how Media Matters is always really mean in its portrayal of Fox, and why their relentless fact-checking of Fox's idiocy is just like McCarthyism, because it's part of a deliberate attempt to pick and choose which news outlets are "legitimate." Somehow, Obama is also responsible for this, because duh, he's the Emperor. And, of course, since Powers works for Fox, she apparently has a contractual obligation to invoke a Nazi analogy:

It is clear now that the idea of freedom of the press actually offends Media Matters....They say they are “consider[ing] pushing prominent progressives to stop appearing on Fox News." For those who defy the order, they threaten to start daily publishing the names of Democrats who appear in order to shame them. If that doesn't work, presumably they will just shave our heads and march us down Constitution Avenue.

Or maybe that's a French Resistance analogy, since the head-shaving shame treatment is what they did to accused collaborators after liberation. Which would make Fox News the -- unjustly accused? -- collaborators with Hitler. Weird take on Godwin's Law there.

In any case, yes, poor Fox News is once again being victimized, and if you really care about free speech, you should not make any judgments at all about them, you mean old liberals.