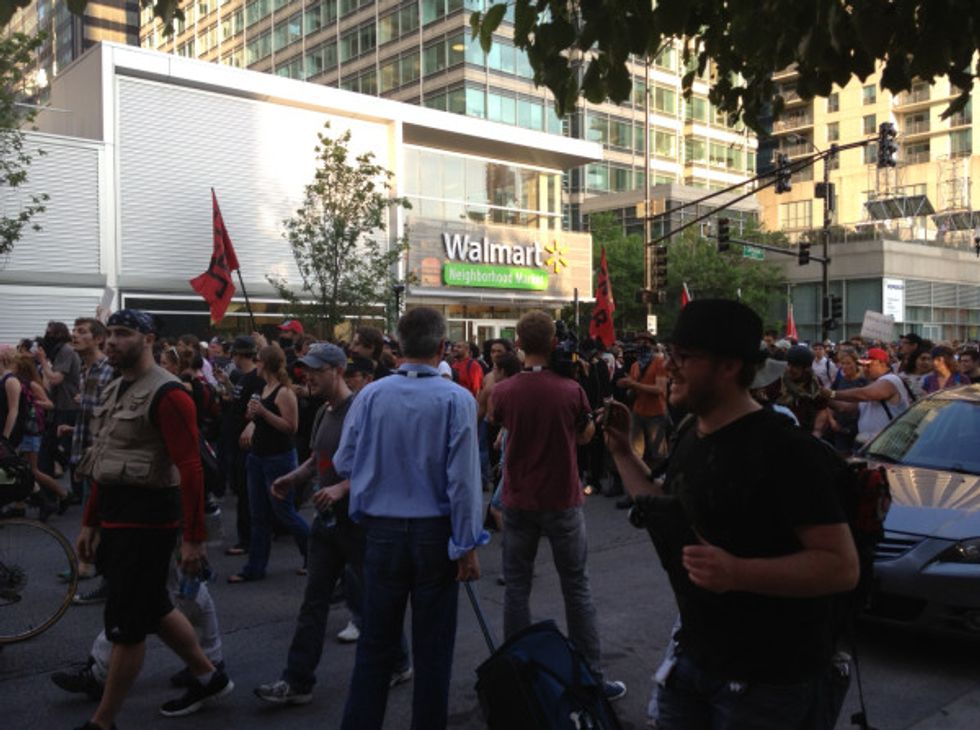 Walmart—the nation’s largest private sector employer—is joining the ranks of companies seeking to avoid their obligation to provide employees with health insurance as required by Obamacare.

So if Wal-Mart wanted to avoid paying anything for its employees under MaxTax, it could simply make sure that none of them made more than $14,403 a year (they’d have to do this by ensuring their employees worked fewer than 40 hours a week, since this works out to be slightly less than minimum wage). Or, a single mom with two kids could make $24,352–a whopping $11.71 an hour, working full time. That’s more than the average Wal-Mart employee made last year. So long as Wal-Mart made sure its employees applied for Medicaid (something it already does in states where its employees are eligible), it would pay nothing.

And what do you know, that's pretty much what they're doing here:

According to the 2013 Walmart “Associate’s Benefit Book”— the manual for low-level Walmart employees—part-time workers who got their jobs during or after 2011 will now be subject to an “Annual Benefits Eligibility Check” each August.

What a SHOCKER it will be if employees magically fail to get scheduled for an average of 30 hours per week AND just HAPPEN to be paid wages low enough to qualify them for Medicare. Which would be a big surprise given that the average Walmart "associate" takes home about $250 per week and earns around $8 per hour.

How SAD if this means that the impoverished employees will only be able to afford to shop at Walmart, given its penchant for low low prices. What a wonderful and profitable cycle.

Did we mention that just six members of the Walton family are worth more than thirty percent of all Americans' net worth put together? Did we also mention that Fox News, naturally, calls Walmart's move "Obamacare Worst-Case Scenario Coming True"? It may not be the death panels we are so craving, but Walmart's dick move is definitely Obama's fault, just like the fact that pretty much all Walmart employees are on food stamps is because he is the Food Stamp President.