Fred Thompson Is President Of GOP.com 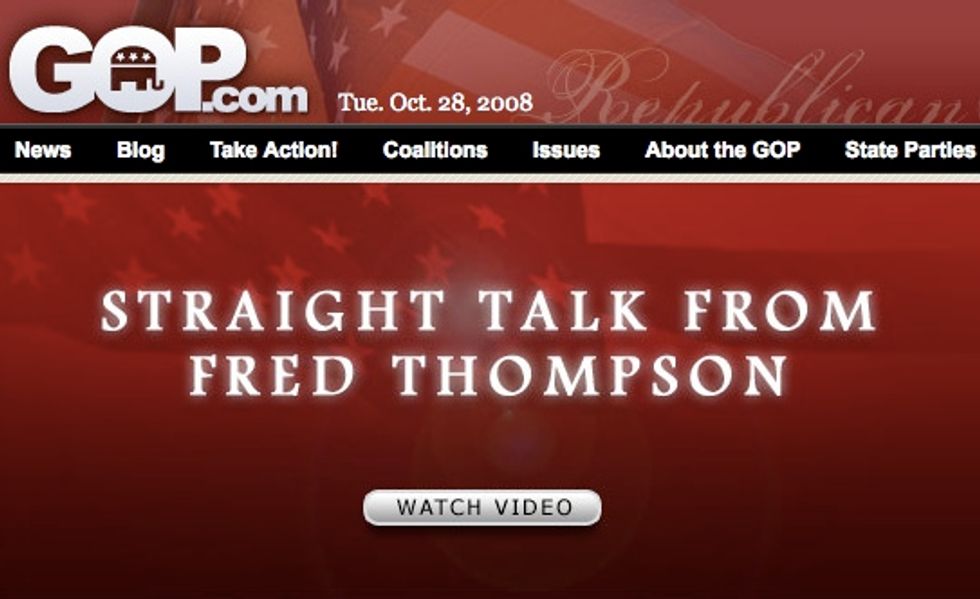 We are one week before the election -- consider that the next time we have a "Tuesday," campaigning in the 2007-2008 Presidential Election will be over, our fate thrown into the tabulations of Machines -- and theDNC website has the strong lead story, "Watch Obama's Closing Argument." The RNC website, conversely, tells you to watch lazy bumbler Fred "Dipshit McGoo" Thompson speak from a fake Oval Office, for two minutes, under the banner of "Straight Talk." That's not even Fred Thompson's fucking slogan! There is just not much confidence coming from the Republican party re: its candidate for president. [GOP.com via MoJo Blog]