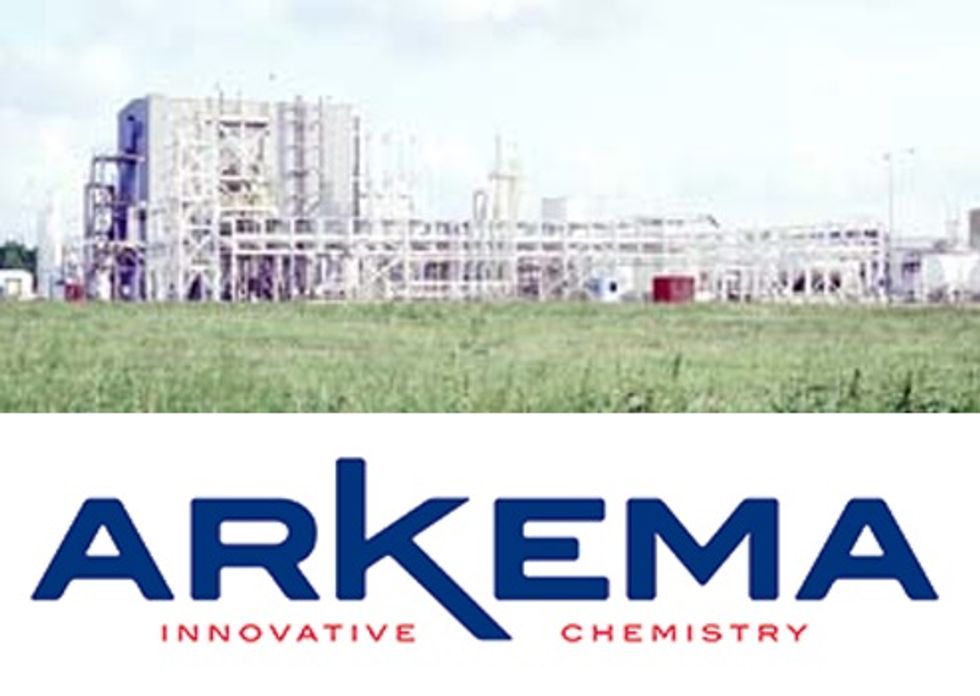 Here's hoping this isn't the 'before' picture

So what's the latest hell-horror that might be inflicted on the good people of coastal Texas? The answer comes straight from everyone's favorite line in The Graduate: PLASTICS. OK, maybe not everyone's favorite line, but "Mrs. Robinson, you're trying to seduce me" really doesn't have anything to do with a possible explosion at a chemical plant, now does it? The plant, owned by Arkema and located in Crosby, Texas, about 25 miles northeast of Houston, manufactures organic peroxides, compounds used in making plastics and rubber, and some of those chemicals need to be kept refrigerated, or they might catch fire or explode.

Funny thing about keeping chemicals refrigerated during a natural disaster: If the power goes out, you need to switch to your on-site generators. But if that natural disaster is a flood, those generators might get flooded, which is what happened in Crosby, according to an announcement on Arkema's website. The plant had shut down operations prior to the storm, but the 40 inches of rain "inundated" the generators. A skeleton crew of 11 workers at the plant had transferred the heat-sensitive chemicals "into diesel-powered refrigerated containers," but then those backup-backup containers weren't high enough above the floodwaters, either, the company said Tuesday, explaining that it had evacuated the skeleton crew for their own safety:

At this time, refrigeration on some of our back-up product storage containers has been compromised due to extremely high water, rising to levels that are unprecedented in the Crosby area. Arkema is limited in what it can do to address the site conditions until the storm abates. We are monitoring the temperature of each refrigeration container remotely. At this time, while we do not believe there is any imminent danger, the potential for a chemical reaction leading to a fire and/or explosion within the site confines is real.

The company says it's working with the Department of Homeland Security/FEMA and local authorities, who have evacuated all residents from an area within a mile and a half from the plant.

A worker at another chemical plant in the area told the Washington Post that the chemicals should be kept at around 30 degrees Fahrenheit to prevent combustion. That same anonymous worker -- who didn't want her name revealed because who wants their name attached to something like this -- also told the Post that if things get out of hand, the best you can do is "you get out and try not to be downwind." SOUNDS LIKE A PLAN. If Crosby spills, crash and run.

Texas, we might remind you, has some of the weakest state regulations on the chemical, oil, and gas industries in the nation, because Freedom and Prosperity, something we all became aware of after the 2013 explosion of a fertilizer plant in West, Texas. Following that explosion, which killed 15 people, injured over 160, and destroyed or damaged 150 buildings, we learned that the plant was unencumbered by any sprinkler system, community warning alarms, shut off system, or firewall system. And it hadn't been inspected by OSHA since 1985.

Texas Fertilizer Plants Say No Thanks To Fire Inspections, Fire Marshal Sorry To Have Bothered Them

Of course, Texas government learned a lot from that explosion. For one thing, it learned that chemical companies didn't want any regulations that might get in the way of doing bidness, and so five big Texas facilities that stored large amounts of ammonium nitrate, the same chemical that leveled West (and which was used by Tim McVeigh in his Oklahoma City bomb), felt perfectly justified in turning away state fire marshal inspectors, because they didn't wanna be inspected. By 2015, Texas eventually passed some very mild regulatory enhancements codifying safe storage of ammonium nitrate, but largely leaving the rest of the chemical industry alone, because isn't the federal government burdensome enough? A 2016 report found that the few steps the state had taken since the West explosion were inadequate to protect public safety.

During the 2014 gubernatorial election, then-Attorney General Greg Abbott said there was no need to require chemical plants to disclose whatever toxic goo they were making and storing; he explained that if people in communities nearby really wanted to know if anything dangerous was being brewed in a chemical plant, they could simply drop by for a neighborly chat with the operators:

Abbott said homeowners who think they might live near stores of dangerous chemicals could simply ask the companies near their homes what substances are kept on site.

So there's your Texas attitude toward job-killing regulations in a nutshell. While the rainfall in Texas has been freakishly extreme and the Arkema plant did have several backups in place, those measures were obviously not enough to ensure their explodey stuff wouldn't get dangerously warm, and now, it's just a matter of hoping the chemicals don't go kablooey. Laissez-faire and prayer really aren't much of a safety plan, just maybe. Thank goodness the federal government is out to cut regulations even further, so everyone can eventually be rich enough to pick up and move when the chemical plants start hissing.

Yr Wonkette is supported by reader donations. Please click the "Donate" linky, and be sure to stop in at your local chemical plant to see what's up there. Bring cookies!