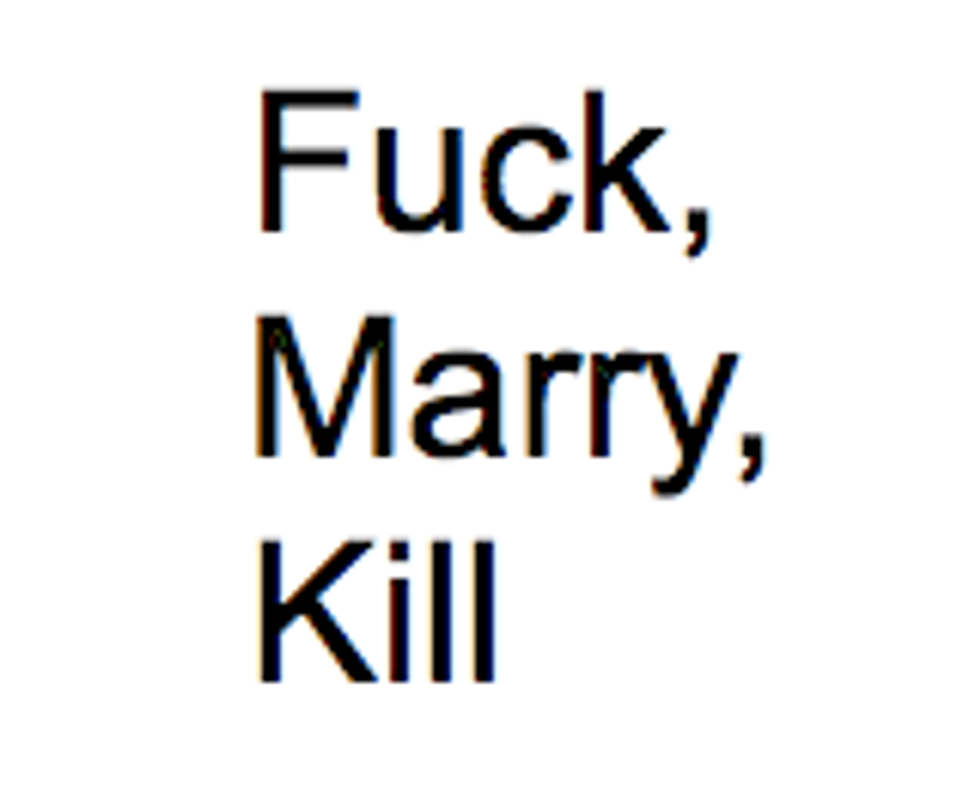 Gather ye rosebuds, everyone, it is time to play a game! It is the popular children's schoolyard game of "Fuck, Marry, Kill." Ohyes. We'll be considering three different zeitgeist-y people each week and dissecting their merits by applying to their persons one of the given Verbs. Those are, just to re-cap, Fuck, Marry and Kill—if you need to write this down, please grab a pen and paper now because the pace of play is just going to increase from here. It is fairly self-explanatory but there are important rules that are absolutely crucial to establish right now, before anyone gets emotionally involved.

Ok: so who's in the news this week? Meghan McCain and her nascent Daily Beast column novella thing, First Daughter, First Love. Great, let's Fuck, Marry, and Kill the fictional characters in that. Our options, ladies and gentlemen:

"Aaron Skatesman": Dumb Aaron Skatesman is the antagonist of First Daughter, First Love because that's what he does: antagonize beautiful, young Meg McCabe with his demands for constant attention. Aaron Skatesman is the boyfriend of the daughter of someone Meg's dad works with and that is it. He's not a published author like Meg, nor does he live in a wispy sky castle-on-Hudson like Evelyn Waugh. And, spoiler alert: he cannot really fuck or marry properly, either.