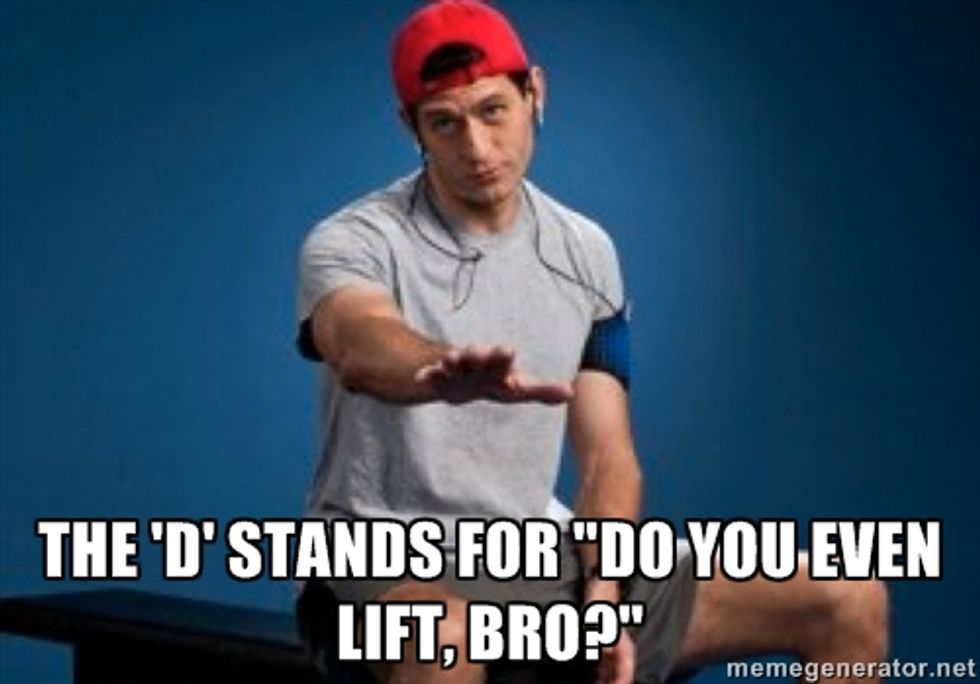 Notes from Dana Boente, the former acting attorney general and current general counsel for the FBI, seem to corroborate statements made by former FBI Director James Comey that Trump was oddly persistent about killing the Trump-Russia probe. Boente also confirms that he was interviewed by Mueller months ago. AAWWW, SNAP!

Trump really wants to shit-can Bob Mueller. During her regularly misscheduled press briefing, Sarah Huckabee Sanders said that Trump believes he has the power to fire Mueller. Last night, Magelean Halibutton scooped that Trump had tried to "You're Fired" Mueller in December, after trying to fire him in June, but everybody in the White House ignored him ... except White House counsel Don McGahn, who threatened to quit (again).

Oddly enough, Michael Cohen is telling reporters that the FBI agents who raided his apartment "were extremely professional, courteous and respectful," adding that HE thanked THEM after it was all over.

Republicans are huffing and puffing about Trump firing Robert Mueller, but they're loathe to actually do anything about it. Tonight Republican leadership will head to Trump's White House for burnt ketchup steaks and chocolate ice cream, presumably to talk him off the edge of the impeachment cliff.

Fiscal hawks are squawking about the surge in government spending under Republican leadership, and now they're concocting several schemes to give themselves cover ahead of the midterms, like a balanced budget amendment, or slicing up the omnibus spending bill.

Good news, poors! Trump has ordered a review of welfare programs like food stamps, Medicaid, and housing assistance. All you retired Cadillac queens in wheelchairs will just have to grab your oxygen tanks and hope Walmart is still hiring greeters.

Just one day after Michael Bolton and his mustache marched into Washington, homeland security advisor Tom Bossert resigned. Now the administration is going to have to Google "cyber war" every time Trump forgets his Twitter password.

The VA is one of the most beleaguered government agencies, but a new analysis from WaPo shows that a massive number of full-time vacancies, Trump's federal hiring freeze, and unstable leadership have compounded the VA's efforts to hire doctors and nurses, leading to an exodus of patients into the ill-equipped private hospital system.

Desperate to stop the torrent of bad headlines about Scott Pruitt, the EPA "You're Fired" a career staffer who approved a report critical of Scott Pruitt's use of bodyguards. The report found that a few letters about climate change and some mean tweets didn't warrant a multi-million dollar security detail.

Axios is reporting that Paul Ryan, having fucked enough poors for a lifetime (of nightmares, in hell), will announce that he's NOT running for Congress later today.

Back during the halcyon days of Trump's pre-presidency, Trump tried to get Sen. Heidi Heitkamp to defect to the Republicans. The rightish (for a Democrat) Heitkamp rebuffed Trump's request with her own lofty ask for an operational Ex-Im bank instead. *chuckle*snort*

The Sheriff of Kern County (where Bakersfield is), Donny Youngblood, has been caught on camera telling a group of law enforcement officials that it's ultimately cheaper to kill suspects ("for the country") as the state only has to make a one-time payout. It's cheaper for police NOT to shoot or critically injure people, but that's just like my opinion, man.

Robert Mercer has to hand in his police badge after the Mayor of Lake Arthur, New Mexico, shut down the reserve officer program that allowed crazy rich folks to walk around with guns in their pockets.

A top US Treasury official has told UK banks to cut off sanctioned Russian businesses and oligarchs, adding that there could be "consequences" for any UK financial institutions that don't heed the warning.

US officials admit that Russia has figured out how to jam US drones. The report comes amid threats from Russia that it will shoot down any missiles launched at Syrian targets. This morning, Trump responded on Twitter, stating, "they will be coming, nice and new and 'smart!' We feel safer already...

Military and White House officials have been weighing possible options for attacks in Syria, but caution that airstrikes are particularly risky due to sizeable anti-air defensive systems.

Bill Hybels is walking away from the Willow Creek megachurch after a report from the Chicago Tribune found him cheating on Jesus with a lot of women.

In its annual Transparency Report, social news aggregator Reddit admits that it too fell victim to Russian bots, and has since removed 944 "suspicious accounts."

Mark Zuckerberg put on his big boy pants and sat on a booster seat for several hours while a joint session of the Senate Judiciary and Commerce committees confirmed that they were aware of the Internet. While reading talking points and doing his best impression of Data from Star Trek:TNG, Zuckerberg dodged absurdly broad questions about his platform's internal operations, and said he was super sorry for letting Peter Thiel and Steve Bannon steal all your personal information. Zuckerberg will appear before the House later today for what promises to be another round of pathetic political theater.

Finally, here's how you can find out if Cambridge Analytica scraped data from you. Chances are, they did, even if you didn't give them permission. With friends like these, amirite?

And here's your morning Nice Time! BABY GOATS! We need them this morning.

We need your help to keep the lights on! If you give us money, we promise we won't sell you out like some Silicon Valley scumbag. We'll only spend money on our bills...and booze and coffee.