Fun Georgia Bill: Give Death Penalty For Having Abortion OR Miscarriage 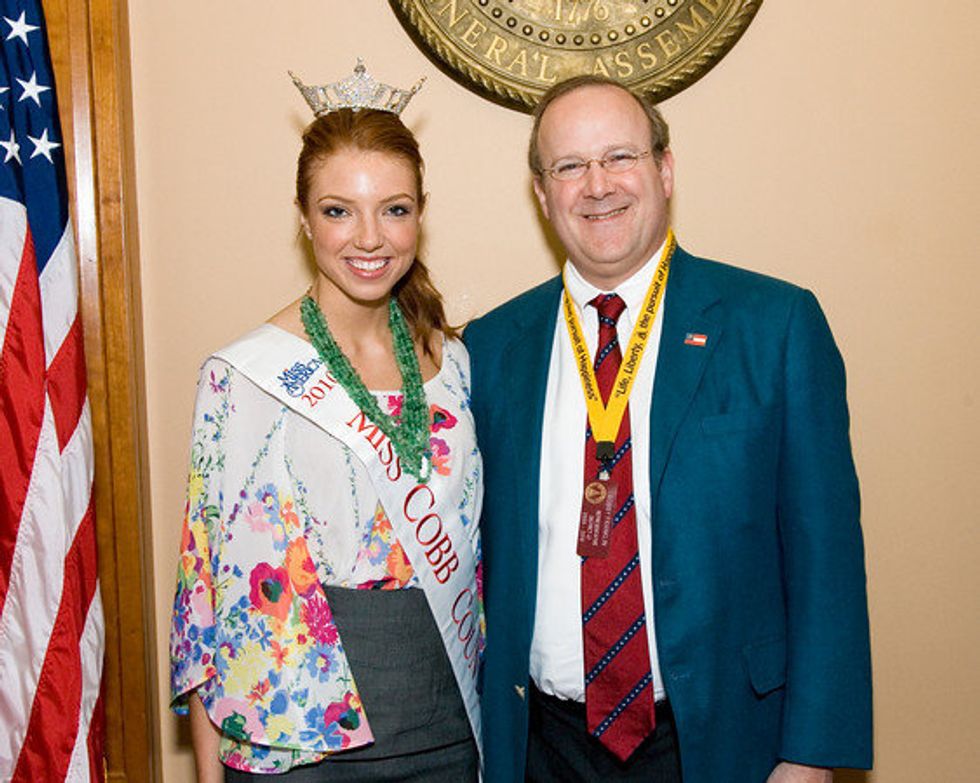 Look, there's a limit to exactly how illegal you can make abortion, and conservative legislators are always trying to one-up each other by proposing new ways to make it illegal-er. It takes a stroke of luck to come across a great idea like giving women the death penalty for having an abortion for any reason. But it takes a true genius to decide that women who merely have miscarriages can also be arrested, charged, and put to death. The great mind we're talking about, Georgia state Rep. Bobby Franklin, hasintroduced this in a 10-page bill, a work of staggering conservative brilliance it may be made into stone tablets and brought up Mount Sinai so God Himself can read it and weep at the beautiful work of His second-greatest human being ever.

Under Rep. Franklin's bill, HB 1, women who miscarry could become felons if they cannot prove that there was "no human involvement whatsoever in the causation" of their miscarriage. There is no clarification of what "human involvement" means, and this is hugely problematic as medical doctors do not know exactly what causes miscarriages.

Women. Women cause miscarriages by being women. Do you see any men having miscarriages? No. Men are awesome at not having miscarriages. A woman will probably even cry if you see her have a miscarriage and you interrogate her about what she did to murder her fetus. (She will cry because she's guilty.)

Holding women criminally liable for a totally natural, common biological process is cruel and non-sensical. Even more ridiculous, the bill holds women responsible for protecting their fetuses from "the moment of conception," despite the fact that pregnancy tests aren't accurate until at least 3 weeks after conception. Unless Franklin (who is not a health professional) invents a revolutionary intrauterine conception alarm system, it's unclear how exactly the state of Georgia would enforce that rule other than holding all possibly-pregnant women under lock and key.

No, the answer is to have the government of Georgia kill all the women in its state right now just to be safe. DUH, Mother Jones writer, who is a WOMAN (no surprise). Women don't understand anything, and then they purposefully have miscarriages.

But still, what's the problem if they decide to lock up all the women and not kill them? Is this Mother Jones person trying to take away Georgia's states' rights? How dare she do such a thing to this poor man and his beautiful, very logical bill? Smite the women. Smite all the women. [Mother Jones]