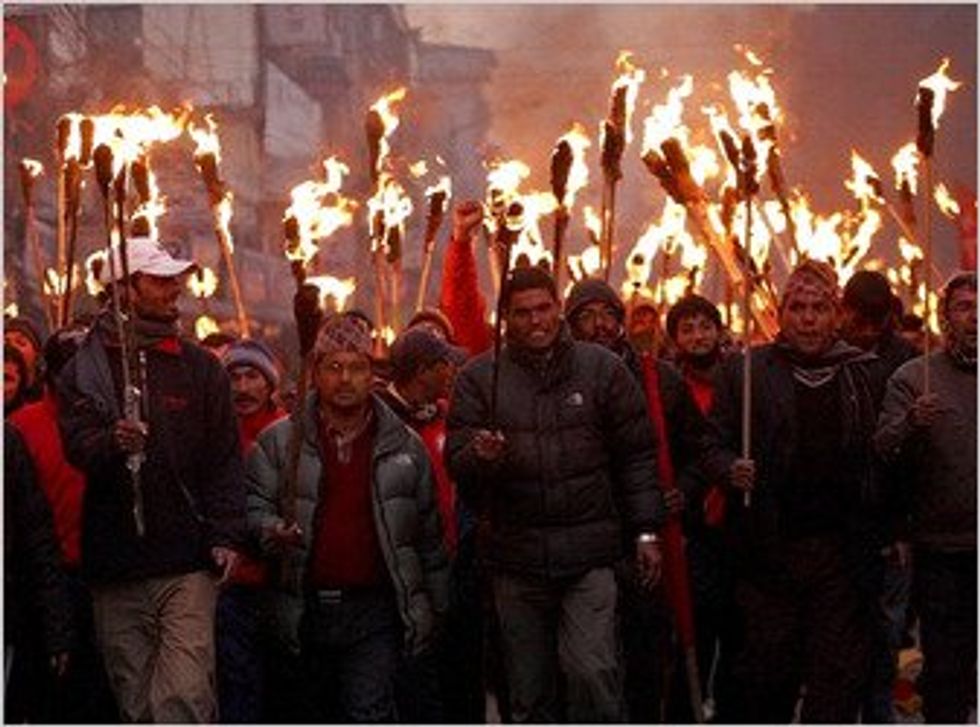 This is going to get repetitive, we're afraid, butevery aspect of the "financial crisis" in the United States is due to corporations not paying taxes and the very richest .01% individuals not paying taxes. That's it, that's the whole thing -- your crumbling schools, your sinkhole highways, your abandoned state parks, the laid-off city maintenance worker who leaps to his death in Costa Mesa after half the town's workforce is replaced by hourly contractors and the mayor hires a $12,000-a-month P.R. manager, everything. General Electric, America's largest corporation and the second-biggest company on Earth, simply does not pay any taxes at all. You try that!

Until the exciting Comcast/NBC deal, G.E. informed the American people of the business and political news through CNBC's portfolio of channels and the NBC/MSNBC news/commentary operations while keeping poor people sedated with American Movie Classics and Telemundo and "Must See Teevee" and the Sci-Fi channel and another couple of hundred media channels on every kind of screen, but the company did not announce its massive success in evading all taxes. Instead, the New York Times showed an incredibly rare bit of spine today by publishing a dull numbers story that is possibly the most enraging thing you'll ever read:

The company reported worldwide profits of $14.2 billion, and said $5.1 billion of the total came from its operations in the United States.

Its American tax bill? None. In fact, G.E. claimed a tax benefit of $3.2 billion.

That may be hard to fathom for the millions of American business owners and households now preparing their own returns, but low taxes are nothing new for G.E.

With a massive internal tax-evasion department headed by a former Treasury official and staffed with former IRS agents, G.E. is simply the best at what has become common practice for the monstrous mega-corporations that control every aspect of policy and "politics." A half century ago, corporations paid 30% of America's total taxes. Now it's down to 6.6%.

And still, they whine ceaselessly about how they can barely afford to do business in America, what with the crushing burden of 6.6% taxes. [New York Times]