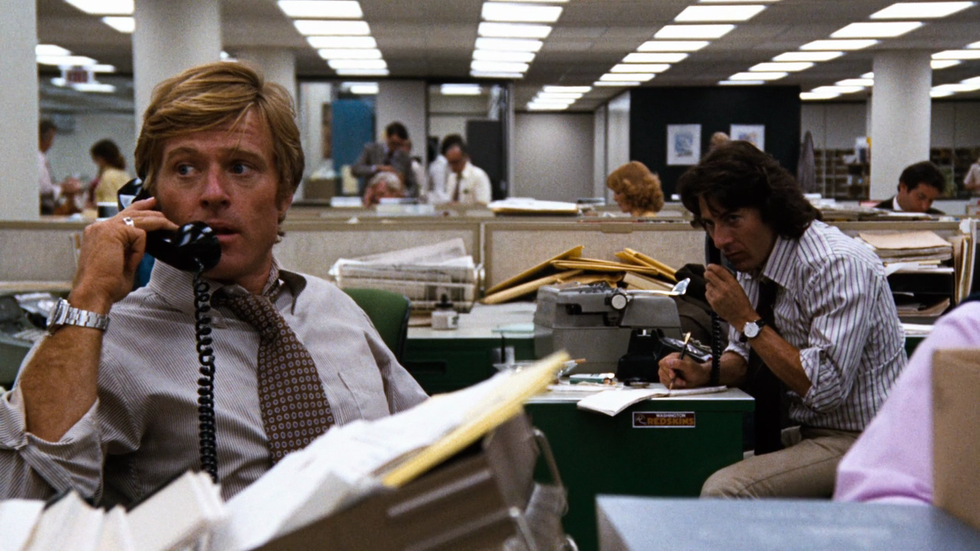 Even though I talk about blowjobs a lot, I am still of the opinion that this doesn't give anyone the right to purloin a video of me slobbing down on some cack and publish it so your pervo dad (your dad's a perv) can watch it. I mean, the tape would be true, and I might have even happily collaborated in the tape being made (I didn't, and there isn't one -- that I know of). But while I Am Not A Lawyer, it seems to me that my dirty (pretty) mouth doesn't make pictures or video of me gobbling cock in a bedroom rise to the level of the People's Right To Know.

Yesterday, Gawker Media received a punishing$115 million judgment -- just in compensatory damages, for "emotional distress" and such; the jury still wants to consider punitive damages as well -- against it for posting a brief video of wrestler Hulk Hogan doing gross sex stuff to his best friend's wife. (Don't worry, the best friend knew and was like "hey come shove your beer can dick into my wife," because these people are whew!) The best friend, Bubba the Love Sponge, had secretly taped the boning because he has surveillance cameras all over his room, because he is creepy, but the judge would not allow testimony that maybe Hulk Hogan knew he was being taped. This makes some of my First Amendment Absolutist friends very grrrr! It apparently is a very important distinction!

There are in fact at least 50 shades of gray here: The First Amendment, just like the Second Amendment, is not actually absolute. You can talk more shit about a public figure (which Hulk Hogan definitely is) than you can about a private citizen. You can talk the most shit about a public official. (Donald Trump would like to change this, naturally.) There are torts beside libel (saying shit that's untrue, particularly if you know it's untrue, and you hate that guy) such as, just to pull one out of my butt, "publication of private facts."

In most states, you can be sued for publishing private facts about another person, even if those facts are true. The term "private facts" refers to information about someone's personal life that has not previously been revealed to the public, that is not of legitimate public concern, and the publication of which would be offensive to a reasonable person. For example, writing about a person's HIV status, sexual orientation, or financial troubles could lead to liability for publication of private facts. However, the law protects you when you publish information that is newsworthy, regardless of whether someone else would like you to keep that information private. In addition, the law protects you if you publish information already exposed to the public eye and especially material obtained from publicly available court records. Despite the law's substantial protections for legitimate reporting on matters of public interest, it is a good practice to obtain consent before publishing sensitive private information about someone.

Gawker maintains that Hulk Hogan talking about his dick a lot makes it a matter of public concern. And they are appealing the fuck out of this case just as soon as they finish shooting heroin into their eyeballs this weekend. (As of 2:30 p.m. eastern on Saturday, Gawker had yet to post anything about the suit's conclusion. If I had just been hit with a $115 million verdict, I would at least put up a post saying BRB Getting Drunk Forever See You Monday Maybe If I'm Not Dead Of Alcohol And So Much Crying.)

Here are some other shades of gray though: the judge in HulkvsGawk, Pamela Campbell, was appointed to the bench by Jeb Bush after representing Terri Schiavo's parents in their horrifying suit against Schiavo's husband, Michael. Remember that shitshow? Remember how they invaded the hospice, a sacred place of doing Jesus's work of caring for the dying? Fuck you, Pamela Campbell, you slag.

[contextly_sidebar id="ZYTtfwxuGKEsO2J50jL91OMQJGGpCVhN"]So, that judge lady probably was not super fair in her judging against the liberal New York Values espoused by Gawker. Like when she let jurors ask whether Emma Carmichael, who was managing editor at the time and copyedited the Hulk Hogan post, if she had been fucking her bosses. (Carmichael said no.) And allowing a judgment that could actually destroy a news organization -- an entire company -- for one story about Hulk fucking Hogan of all people does not seem that solomonic and stuff. It even seems like she might have been letting some bias color her rulings, like rulings that say "super cool judgment, jury, let's definitely put people out of business for speech we don't like."

That is not good!

[contextly_sidebar id="NfB5QleUKIGEcMS67iirpdGKBRbfFgwO"]Gawker has a terrible track record of similar invasions of privacy, except even worse. Last year, polite society (like yr Wonkette) thundered and flounced when they Publication of Private Factsed a seemingly closeted publishing exec -- even as the Hogan drama was wending its way to Campbell's courtroom. Gawker founder and owner Nick Denton stepped in and pulled the piece -- an actionable invasion of privacy claim waiting to happen if I have ever seen one -- and its very young staff mutinied all over his face. Oh MAN they were so mad when the owner said "hey I am pulling this piece because it is gross and we will get the fuck sued out of us" that all the top editors resigned in the name of "journalistic autonomy" and "but it's truuuuue" and "why can't we invade private persons' privacy any more what fun is that" and Jesus, you hush now, children.

It was not a good look on a company already facing a possibly (and now likely) ruinous invasion of privacy tort.

FURTHER READING: Here is more on Campbell's being bad at being a judge, and also on what the appeals court is likely to do, right here. The appeals court has apparently already deemed the video "newsworthy," which evokes in me a hearty raised eyebrow, and that it's protected by the First Amendment. It could be some years before the suit is fully resolved, but this is certainly excellent news for John McCain.