Ann Coulter to Blame for Gayest Wingnut Slapfight Ever 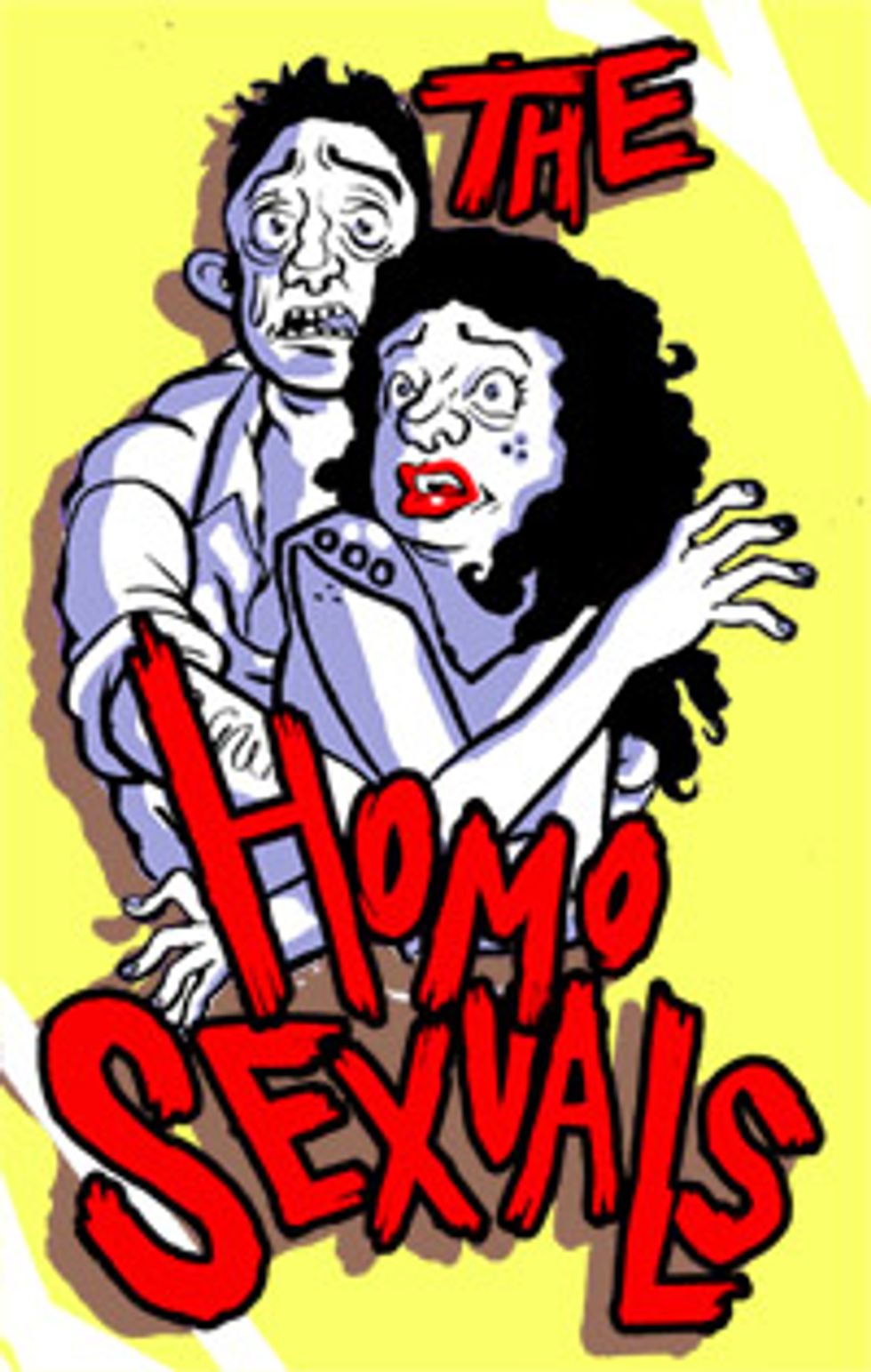 Did everybody hear about the big shame-party that thehomosexual conservatives are throwing in New York City for Ann Coulter?  If this news missed you, worry not, for there likely will be tickets available until several weeks after the event. But let's catch up.  This group is not kidding when they call themselves "GOProud" -- or at least they don't understand why we think it's funny -- and they are throwing the first annual "HomoCon," which will be just like Comic-Con, except the virgins will be humorless and homosexual, and at least 99% white.

Today, GOProud, the only national organization representing gay conservatives and their allies, announced that conservative author Ann Coulter is headlining their first annual Homocon -- a party to celebrate gay conservatives. "The gay left has done their best to take all the fun out of politics, with their endless list of boycotts and protests. Homocon is going to be our annual effort to counter the 'no fun police' on the left," said Christopher Barron, Chairman of the Board of GOProud. "I can’t think of any conservative more fun to headline our inaugural party then the self-professed 'right-wing Judy Garland" -- Ann Coulter."

Homocon 2010 will take place in New York City on the evening of Saturday September 25th. VIP Sponsorships are available for $2500 and general admission tickets go on sale August 20th. To purchase tickets or for more information: www.goproud.org.

"I can promise you, Homocon 2010 will be a hell of a lot more fun than chaining yourself to the White House fence," concluded Barron.

Ha ha, Chris Barron, that's right, who needs "rights" when you can sit right up front and count the ingrown hairs on the Adam's Apple of the Judy Garland of the Wingnuts? Lie-bruhl fags ain't no fun, known as they/we are for sitting at home and half-watching re-runs of The Golden Girls until bedtime comes at 9:30 sharp!

So, certain homosexuals (perhaps this writer, and also some others) have pointed out, in various ways, that Ann Coulter is kind of a homophobic sack of wombat diarrhea, and that no self-respecting gay would invite her to their slumber party, under any circumstances. It really does not matter if Ann Coulter (as is the case with these GOProud buffoons) shares all their other irrational prejudices. It's simply a matter of principles, self-love, blah blah blah, boring psychoanalytical shit; all of which leads to the obvious conclusion that hey, maybe you shouldn't give your money and respect to people who see fit to use you as a wedge issue, pawn, or punchline? Then again, the kind of gay that becomes a member of GOProud really isn't into self esteem anyway, so maybe it fits.

Homosexual practice may be hip in New York City

but objectively it is always wrong and unnatural, and often unhealthy. Thankfully it's also changeable, as proved by thousands of ex-gay men and ex-lesbians.

"Objectively," she said, apparently unaware of what the word means. Same goes for the words "changeable" and "thousands," and also all the other words in there that fall under the category of "parts of speech."

So, now!  The lead chorus girl from GOProud has parriedeth and thrustedeth back at Peter, to the effect of "Becky? You were out of the group? When you told Alexis? About Heather's third nipple?"

I strongly encourage Mr LaBarbera to head out to his local bookstore, buy an Ann Coulter book and actually read it. For a guy who claims to be a "fan," he seems completely clueless about what Ann has actually written and said about gay people and gay conservatives.

If Mr. LaBarbera spent less time obsessing about gay sex and hanging out at gay Pride events, maybe he would have a little more time to read one of Ann’s books.

UH-OH! Yeah, maybe if Peter LaBarbera actually read some Ann Coulter, he would know that she loves the fags so much that if she ever foaled one of her own, she would (HA HA) tell it that it was adopted! Or maybe if he stopped obsessing over leathersex festivals, he might know about the time she accused that big old queen Mike Huckabee of being "pro-sodomy." Because, THAT, Peter LaBarbera, is the kind of support Ann Coulter shows to the objects of her gay affection!

As of this writing, the concerned parties are in their respective corners, angrily filing their nails at each other and slurping jello shots made entirely of Anita Bryant's bathwater, artificial flavors and shame. [Truth Wins Out]