Gays Strike Back At Mormons With Proposition ANTHRAX 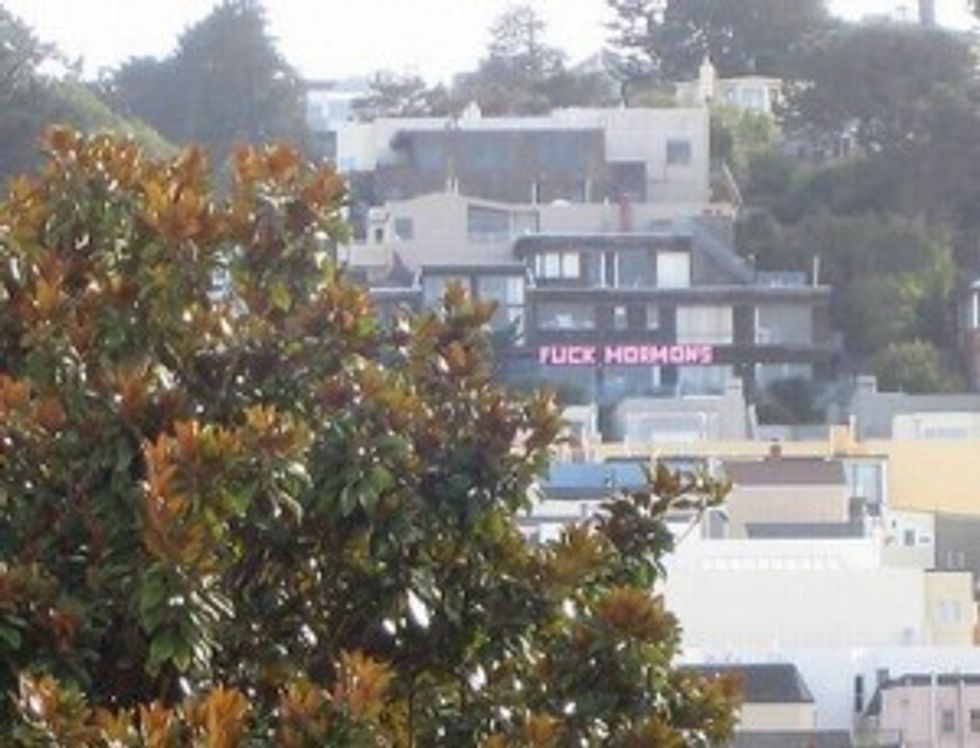 Just a week or so ago, California Mormons reproduced in reptilian-fashion, thereby increasing their population several times over. "Be fruitful and multiply," Joe the Mormon God commanded from a modernist ranch house atop a hill in LA. "This is in preparation for Election Day, when ye shall amass at the polls and vote in favor of Proposition 8." It worked! And now gays and San Franciscans, with their despicable San Francisco values, have started anthraxing Mormon temples. You see, they know no other way.

Envelopes containing ominous white powder have been received by Mormon churches in LA and Salt Lake City. This is not the stuff of democracy! In fact, it is "wrong," RedState's duosyllabic logician Moe Lane will have you know. "So stop doing that," he urges of the "Left," every member of which also voted in favor of state-sanctioned non-terrorism against Mormons on November 4th.