Genius Texas Hunters Shoot Each Other, Blame Invisible Mexicans, As One Does. Your Open Thread! 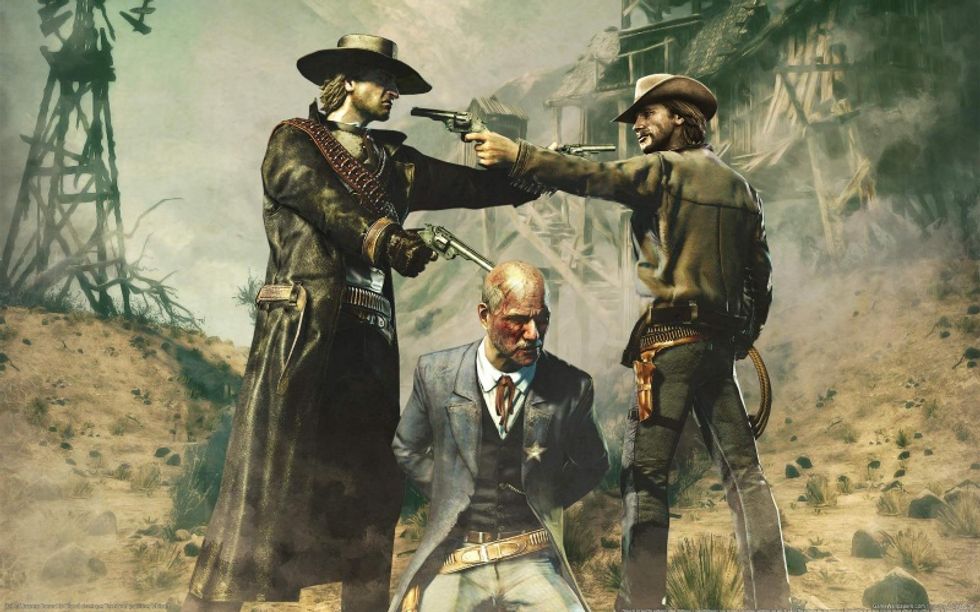 This seems like a cautionary tale for our time: In Texas, a couple of hunting guides managed to shoot at each other and their clients after becoming convinced that evil illegal aliens were stealing an RV with the clients inside. After one guide and one hunter were wounded, they decided their idiotic shootout was too embarrassing to own up to, so by the time law enforcement showed up, they blamed the shooting on an ambush by nonexistent illegal immigrants. With some help from the Texas Agriculture Commissioner, the story went viral, and we imagine it's only a matter of time before Donald Trump cites the ambush that never happened as one more reason we need to build a border wall with Sweden. It's on the internet now -- there's no way the correction will ever reach everyone freaked out by the original, untrue story.

Following the shooting in January, a GoFundMe account set up for the injured hunting guide, Walker Daughetry, raised over $23,000 from sympathetic supporters who were outraged at the senseless attack by bloodthirsty Mexican border crossers. Unfortunately, it appears Daughetry actually started the shooting, according to a local teevee news report. Daughetry thought illegal immigrants had invaded an RV occupied by client Edwin Roberts and his wife, so he burst into the RV without announcing himself, at which point Roberts fired a shot at Daughetry, which missed. Daughetry retreated to a cabin to get his gun and backup from another guide, Michael Bryant.

Ultimately, Presidio County Sheriff Danny Dominguez said, it appeared that "with all the commotion and confusion going on, we believe that Michael shot Walker and Walker had shot Edwin.” There were no illegal immigrants at all, but they're definitely at fault for making everyone along the border so paranoid and trigger-happy. Dominguez had said from the beginning that there was no evidence of a cross-border attack, but that didn't matter too much to the guys who decided to lie about shooting each other up, or to Texas Agriculture Commissioner Sid Miller, who posted a panicky message about the scary border invaders to his Facebook page. That post has since been removed, but thank goodness the Houston Chronicle grabbed a screenshot:

The aliendswere [sic] ambushing the RV that Walker and his wife. [sic] He was shot while trying to protect his hunters from the attack. Walker is a man of God and is now a hero. This is why we need the wall and to secure our borders. Anyone who says that the people illegally crossing into our country are just those seeking a better future for their famileis [sic] simply do not understand what is happening on our borders. There are violent criminals and members of drug cartels coming in and it must put a stop to it [sic] before we have many more Walker Daughetrys.

Why, yes, this is the same Sid Miller who'd previously called Hillary Clinton a See You Next Tuesday (then claimed his account was "hacked," as one does), and called for nuking "the Muslim World," too. He would very much like a job with the Trump administration. Maybe Secretary of Spelling.

As for those poor hunting guides who bravely defended their client from thin air, accidentally wounding him in the process, both Michael Bryant and Walker Daughetry have been indicted by a grand jury on one charge each of "using deadly conduct by discharging firearms in the direction of others," a third-degree felony.

Pure Stupid, however, is not a crime in Texas, and may in fact be a prerequisite for elective office.

Who's not stupid? Us, mostly, since we took out all our ads. Love us here.