George H.W. Bush Trash-Talked Reagan To The Soviets Like Constantly 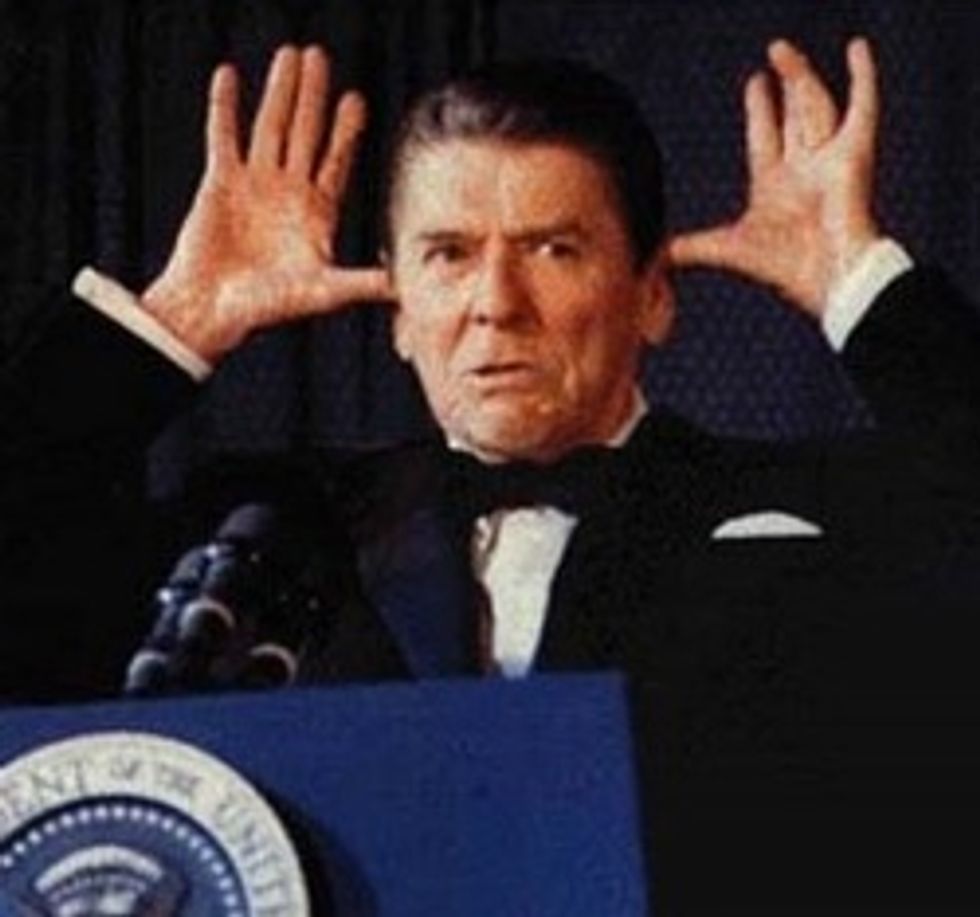 George H.W. Bush—an equal parts obscure and hated American president whose only historical significance is being half responsible for George W. Bush—didn't care for Ronald Reagan! Mikhail Gorbachev told theNation in a recent interview: "In 1987, after my first visit to the United States, Vice President Bush accompanied me to the airport, and told me: 'Reagan is a conservative. An extreme conservative. All the blockheads and dummies are for him, and when he says that something is necessary, they trust him. But if some Democrat had proposed what Reagan did, with you, they might not have trusted him." Is it too late to give George H.W. Bush's stupid one term to Reagan, where it belongs? [Raw Story]