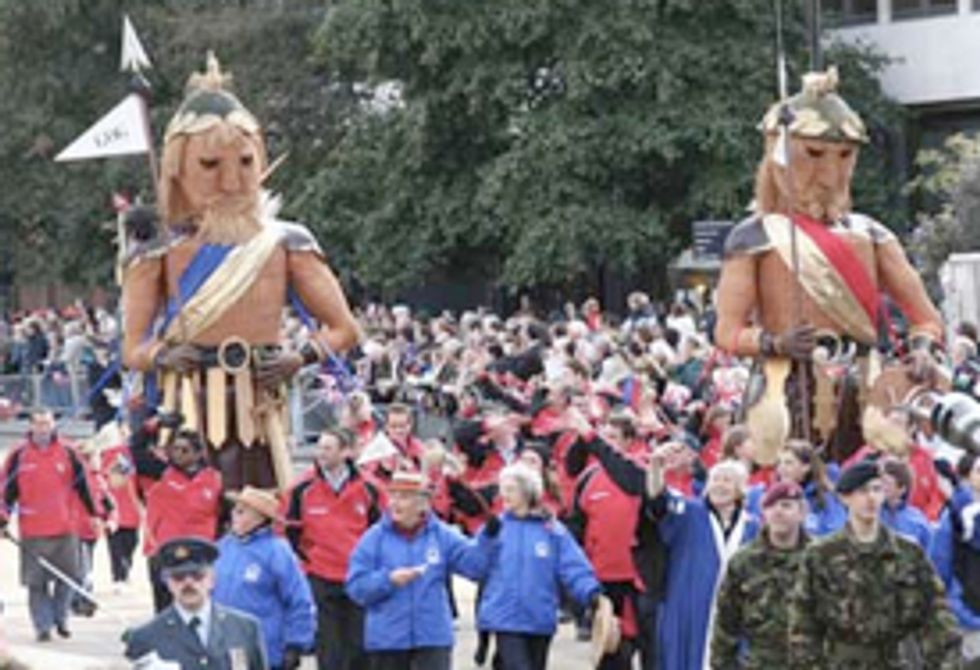 A number of you have been sending usthisamazing thing out of the blue -- Ahh, it was on Sullivan this morning, GOT IT -- about a secret chat between French queer Jacques Chirac and American dynamo George W. Bush before the Iraq war, the details of which Chirac has supposedly confirmed: "Incredibly, President George W. Bush told French President Jacques Chirac in early 2003 that Iraq must be invaded to thwart Gog and Magog, the Bible’s satanic agents of the Apocalypse."

Now maybe Chirac is just lying because he hates George W. Bush so much, but MAYBE NOT.

Now out of office, Chirac recounts that the American leader appealed to their “common faith” (Christianity) and told him: “Gog and Magog are at work in the Middle East…. The biblical prophecies are being fulfilled…. This confrontation is willed by God, who wants to use this conflict to erase his people’s enemies before a New Age begins.”

This bizarre episode occurred while the White House was assembling its “coalition of the willing” to unleash the Iraq invasion. Chirac says he was boggled by Bush’s call and “wondered how someone could be so superficial and fanatical in their beliefs.”

After the 2003 call, the puzzled French leader didn’t comply with Bush’s request. Instead, his staff asked Thomas Romer, a theologian at the University of Lausanne, to analyze the weird appeal. Dr. Romer explained that the Old Testament book of Ezekiel contains two chapters (38 and 39) in which God rages against Gog and Magog, sinister and mysterious forces menacing Israel. Jehovah vows to smite them savagely, to “turn thee back, and put hooks into thy jaws,” and slaughter them ruthlessly. In the New Testament, the mystical book of Revelation envisions Gog and Magog gathering nations for battle, “and fire came down from God out of heaven, and devoured them.”

The Bible is insane. What is this shit? GOG AND MA-GOG?

A French Revelation, or The Burning Bush [Council for Secular Humanism]