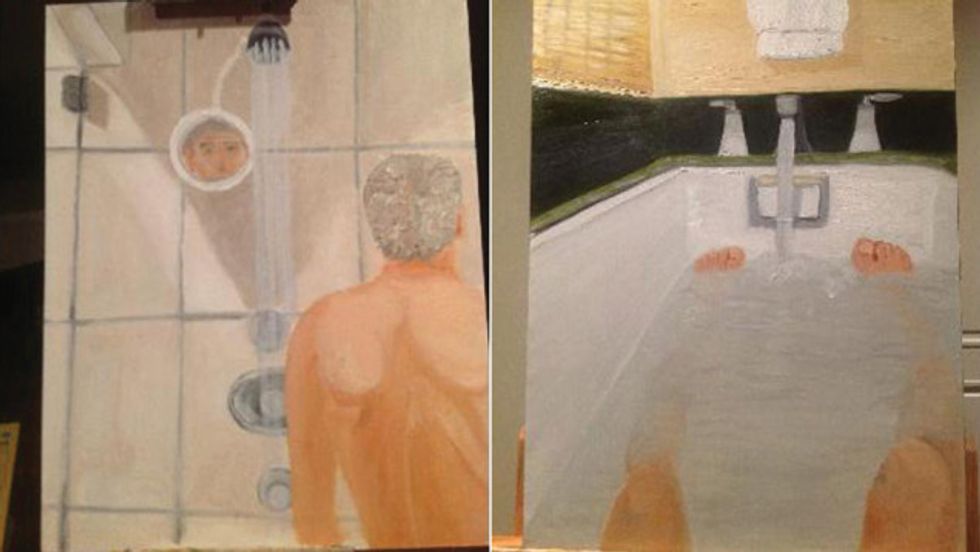 George W. Bush sure figured out a nice scam to earn himself some income in his post-presidency retirement. First, as president, he sent thousands of Americans off to get maimed in war. Then, when they came back, he could charge charities trying to help those maimed soldiers a cool $100,000 to come shower them with bullshit platitudes at gala dinners. Whee!

The charity, Helping A Hero, raises money for specially built homes that accommodate the injuries of disabled veterans. Back in 2012 it asked Dubya to speak at its annual fundraising dinner. And he was happy to do so, to the tune of $100,000, plus an extra $20,000 so he could fly to the event in Houston on a private jet. This was a year after former First Lady Laura Bush had spoken to the same event for $50,000.

That’s a nice chunk of change. But it’s cool, explained Meredith Iler, a former chairwoman of the charity, because according to her Dubya usually charges $250,000 per speech. According to Politico, it's more like $100,000 - $175,000 per. So either Dubya bullshitted the veterans' charity to make himself look even more generous, or the charity itself is trying to cover for him so he looks more generous. Either way, if he really took a discounted fee, we’re sure the veterans appreciated the four-finger discount. Those that still have fingers, anyway.

(By the way, Iler herself is quite the peach, what with all sorts of ethics questions surrounding her stewardship of Helping A Hero, including whether she used the charity to enrich herself by pushing the veterans she was helping to sell beauty products from Arbonne International. Sorry about the horrific burns from that Humvee fire, Sergeant. Have you considered how a nice base powder can make your skin almost look like a color found in nature again?)

Retired presidents make large bucks to give speeches, which we usually have no problem with. If people want to pay Bill Clinton unseemly amounts of money to come speak to them, that’s the free market, baby! Dubya himself said he planned to “replenish the ol’ coffers” by giving speeches after leaving office. Unfortunately (though unsurprisingly) it is too much to expect him to have the class or insight to understand ahead of time why cashing a six-figure check to speak to veterans maimed in the dumb wars he sent them to fight might look shitty.

Hey, maybe he could donate that money to the Veterans Affairs Department he was underfunding even while the number of veterans returning from his wars was straining its resources to the limit! On the other hand, acrylic paints might be really expensive these days.

Basically, George W. Bush is still a self-absorbed asshole. We hope some enterprising reporter today is asking Jeb! Bush how many long hours his brother and sister-in-law worked to make better than three times the median family’s income in two days.