George Will Does Not Care For These 'Denim Blue Jeans' 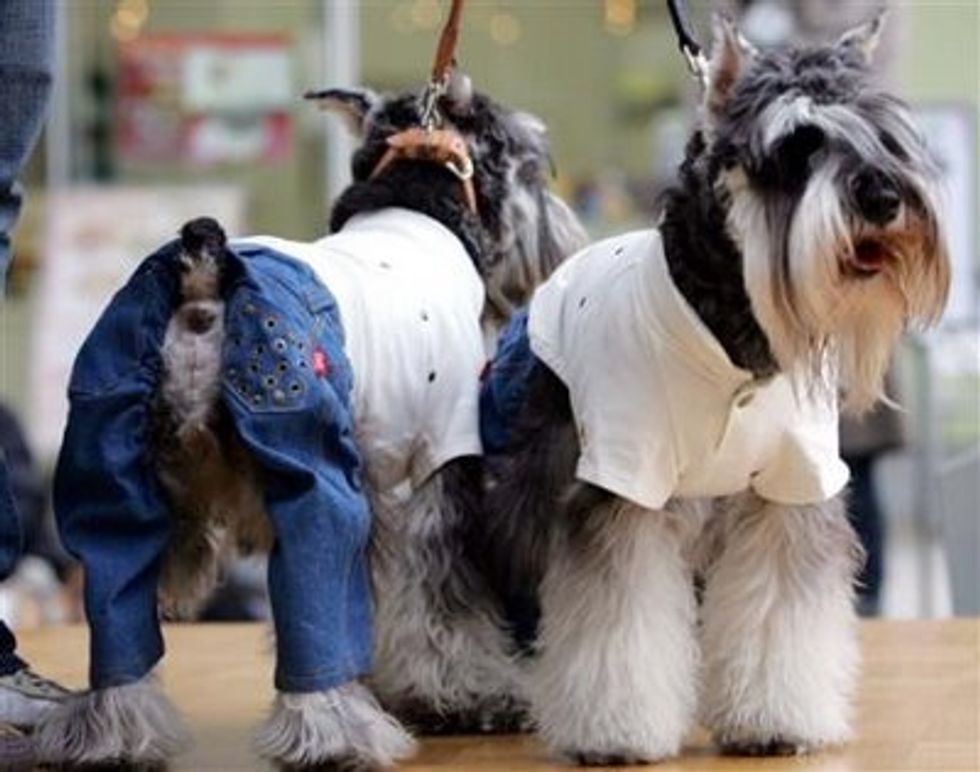 Ha ha George Will: "Today it is silly for Americans whose closest approximation of physical labor consists of loading their bags of clubs into golf carts to go around in public dressed for driving steers up the Chisholm Trail to the railhead in Abilene." It's funny because it's sort of true! We are a nation of wretched cowboy slobs.

But of course this is why George Will will eventually get kicked out of the Republican party -- because he is such an unapologetic snob.

For men, sartorial good taste can be reduced to one rule: If Fred Astaire would not have worn it, don't wear it. For women, substitute Grace Kelly.

But that is not the point. The point is that some outraged commenters on Townhall.com are pointing out that Will has missed the real story of April 16, the day after America declared its independence from communist Kenyan proctologists:

Today every freedom loving writer is reporting on the TEA Parties and Will writes on denim???!!!

Is Will trying to alienate freedom-lovers?