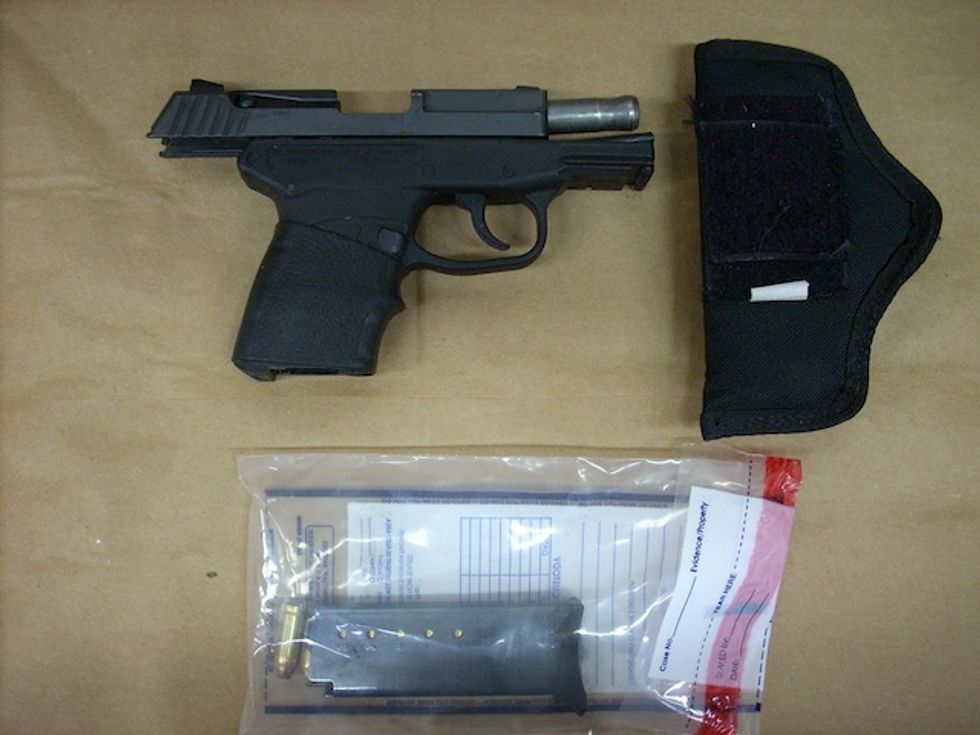 Poor murder weapon has to wait to find a new home.

[Update: New development; see end of post] Oh, hi, America's sociopaths, looks like you're just going to have to wait for another chance to bid on George Zimmerman's turgid child-killing muscle. The auction site for the 9mm handgun Zimmerman used to shoot Trayvon Martin dead now displays only a dead link for that particular item:

It's unclear why the listing was removed from the auction site, Gunbroker.com, or whether the sale was cancelled by the site (very likely) or by George Zimmerman himself (are you kidding?). It's almost as if the gun dealer didn't want to be associated with the most beautiful, iconic artifact of the right to self defense (or prosecutorial incompetence) in American history, for some reason. We're sure someone is working on one beauty of a carefully worded statement at this very moment.

George Zimmerman is auctioning off the gun used to "end the brutal attack from Trayvon Martin" (by killing him). Isn't that neat?

Also, not that anyone would be the least bit surprised to find George Zimmerman lying through his teeth, it turns out the Smithsonian Institution had absolutely no interest in acquiring the Kel-Tec 9mm, no sir, no way, no matter what Zimmerman said in his sales pitch. The Smithsonian clarified the matter in a hurry on Twitter:

Perhaps Zimmerman was thinking of a different institution, such as the Grifty Child-Shooter Media Whore Hall of Fame. We can see how he might be slightly confused about that.

If you still feel the need to spend too much money on an item that screams "I am a raging moron," you can still bid on the 2014 National Rifle Association Black Ops Jeep Wrangler, currently going at the low, low price of $52,225.

You'll have to find your own unarmed black teenager to make the purchase a truly historic artifact, however, and you should know going into it that the Smithsonian probably won't want it.

Update: Another online gun shop with no sense of shame or decency has now made the gun available for auction again. USA. USA.