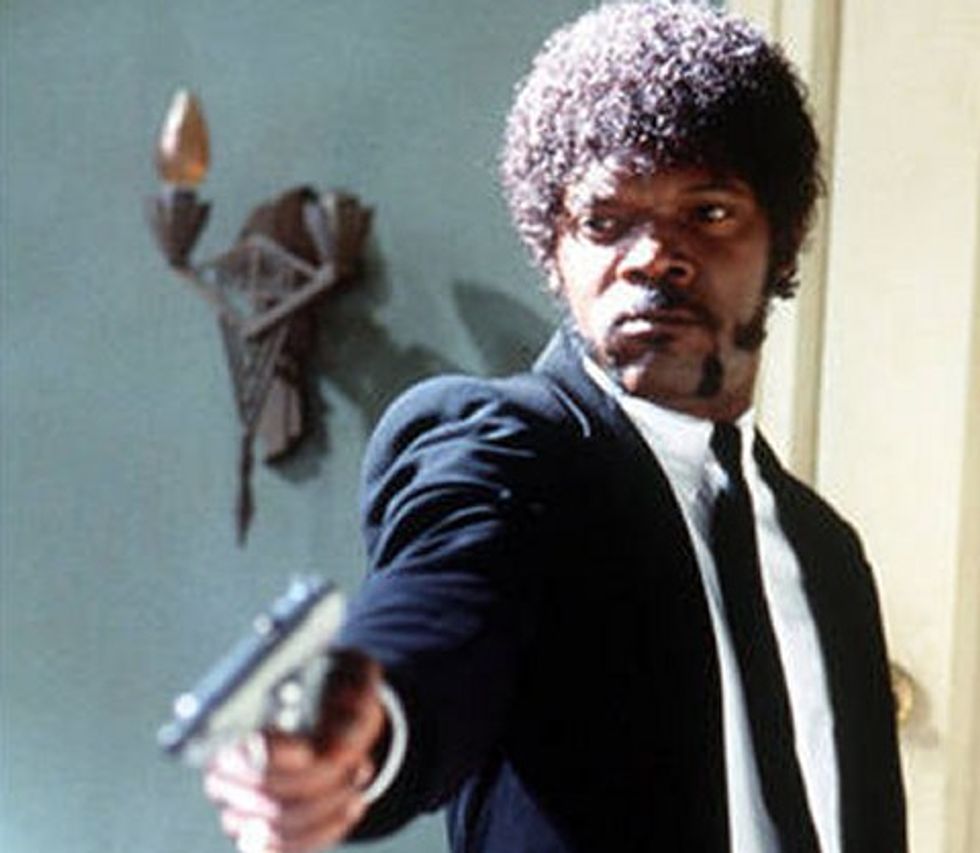 George Zimmerman's attorneys have found the smoking gun, you guys. You see, it was totally warranted for their client to murder a 17-year-old boy, whom he'd been following, at night, and who then may have jumped him and kicked his ass while he was being followed by a strange man, because that boyonce texted pictures of a handgun, and himself with gold teeth, and marijuana, and also he got in a fight at school.

On Nov. 22, 2011, three months before the shooting, Trayvon wrote about being involved in a fight. His unnamed opponent, he wrote, "got mo hits cause in da 1st round he had me on da ground an I couldn't do ntn."

Six weeks earlier he wrote a text message about problems at school involving a fight: "I was watcn a fight nd a teacher say I hit em."

He also exchanged text messages with friends about smoking marijuana.

Defense attorneys are expected to argue the marijuana use is relevant because in a phone call to police a few minutes before the shooting, Zimmerman described Trayvonas acting as if he were on drugs.

We seem to recall someone else involved in that incident had a gun, too -- like, an actual gun, instead of a picture of one? Unlike Scott Baio's black friend, in this case a picture probably can't do much harm. But our mind is hazy. It must be all those gold teeth we smoke.