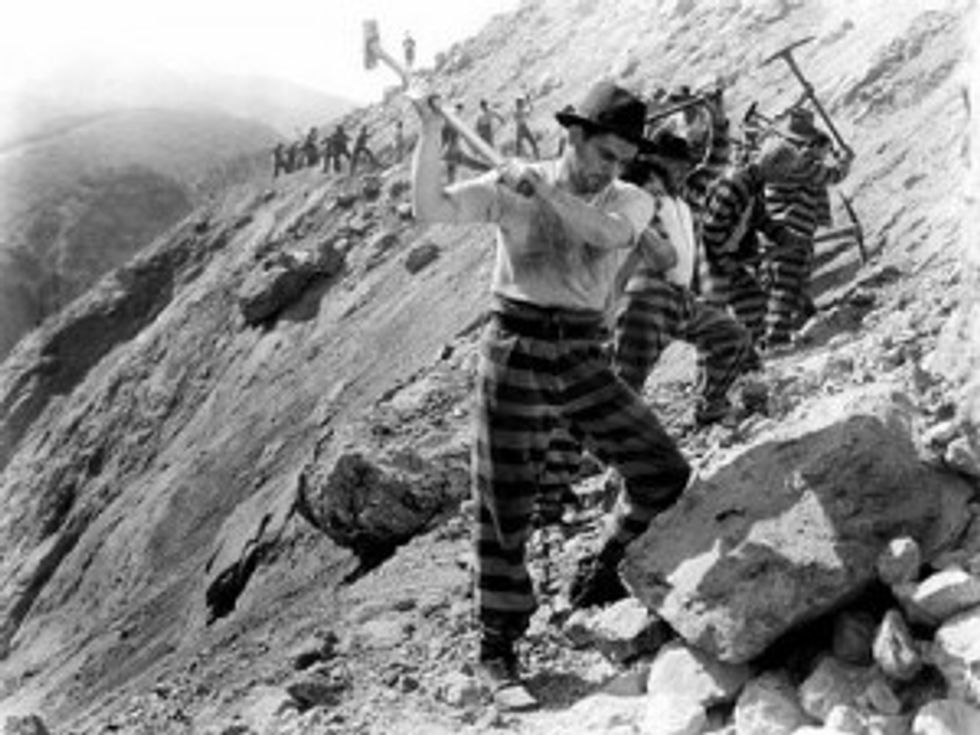 The cash-strapped local government of Camden County, Georgianeeds to hire some new firefighters to fulfill its basic public safety obligations, but it doesn't have the money. Hey, that's an easy one, though: just find some workers the county doesn't have to pay! They are called "prisoners," America's most popular burgeoning source of unpaid government labor. There are millions of them, just rotting away for minor offenses! And it's a good thing, too: Camden's new slave labor plan to get inmates to perform uncompensated skilled life-threatening work will save them up to a half million dollars. Maybe it's time to throw a few of these public school teachers or bus drivers in jail, too?

Camden County's proposal stems from a slave labor program that is already in place in the neighboring county of Sumter (OH THE SOUTH, YOU ARE GREAT). You can even picture the local officials eyes glittering away adding up all the little monies they save!

From the Florida Times-Union:

Sumter County's program has been in place for two years. Although there was some outcry about it at first, Sumter County Administrator Lynn Taylor said she's had only positive feedback from the community about their performance.

She said there are 15 inmate firefighters in the department.

"It's worked out quite well," she said. "This is a measure that governments are looking into to provide the same high level of service in the most economic way possible."

She said the program saves the county a tremendous amount of money because each inmate is available around the clock on all three shifts. A typical firefighter works one 24-hour day and then has two days off. The 15 inmates are filling the slots of 15 firefighters per day; the equivalent of 45 slots.

"That's what makes this so appealing," [Camden County Commissioner Jimmy] Starline said. "If it was a one-for-one ratio, that wouldn't be so attractive."

Yes, that IS a great thing about prisoners that makes them the "most economic" option available -- you can make them work whenever and they can't complain! Public workers are already sort of like criminals, because they are always trying to fleece the government for things like wages and  benefits for their services, so why not just cut out the middle step? [Florida Times-Union]