Georgia Republican Will Save Democracy From Black People 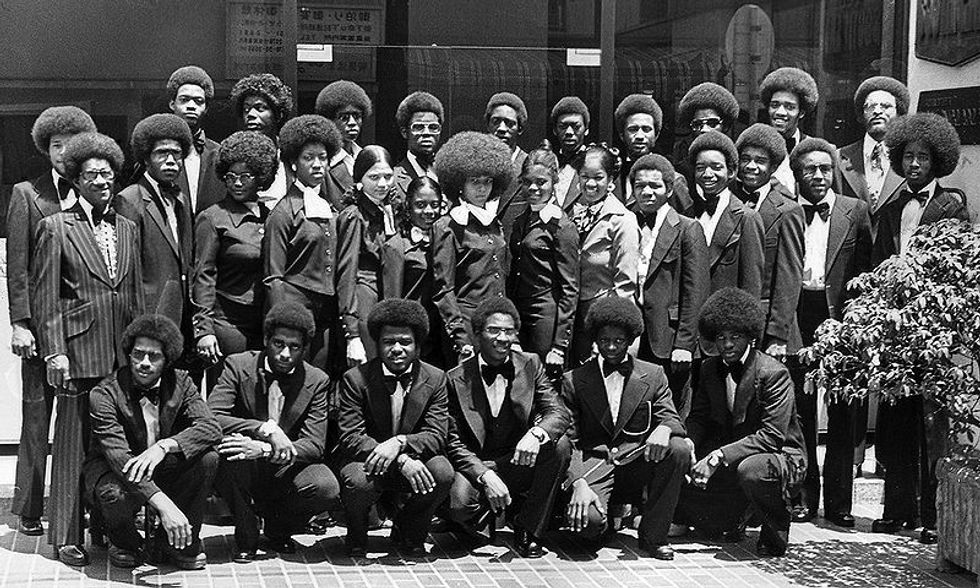 Republican Georgia state Sen. Fran Millar knows what elections are about. Elections are about winning. They are NOT, however, about letting just anybody vote, especially if they comprise the majority in a particular part of Atlanta, if you get his drift. Actually you don't need to get his drift, because hejust says it openly: Millar has vowed to end early voting at a DeKalb County polling place that simply has too many blacks in the neighborhood.

The Atlanta Journal-Constitution ran the text of a Facebook message that Millar wrote opposing the announcement that early voting would take place Sunday, Oct. 26, at a mall in a primarily African-American neighborhood. After fretting that "Chicago politics" had arrived in DeKalb County following a visit by Michelle Obama, Millar complained that the county's Republican-appointed interim CEO Lee May had betrayed hopes that he "could help bring the county together." Millar explains why having all those blacks voting is a terribly divisive idea:

Now we are to have Sunday voting at South DeKalb Mall just prior to the election. Per Jim Galloway of the AJC, this location is dominated by African American shoppers and it is near several large African American mega churches such as New Birth Missionary Baptist. Galloway also points out the Democratic Party thinks this is a wonderful idea -- what a surprise. I’m sure Michelle Nunn and Jason Carter are delighted with this blatantly partisan move in DeKalb.

Is it possible church buses will be used to transport people directly to the mall since the poll will open when the mall opens? If this happens, so much for the accepted principle of separation of church and state.

Interim CEO May says this election decision is an administrative matter and he can unilaterally make this decision. I don’t think this is necessarily true and we are investigating if there is any way to stop this action.

Making it easy for blacks to vote? Doesn't May, appointed to the position by Gov. Nathan Deal, understand that the way to bring a community together is to make sure that Republicans win? Hell, if you make it easy for people to vote near where they live, shop, and go to church, then any damn thing could happen. Also, it is mighty refreshing to see a Republican invoke the separation of church and state as a sacred principle that should be honored if it can suppress the black vote.

Later, in a follow-up comment on the Facebook post, Millar explained why he is not all that crazy about measures that might increase voter turnout. After a couple of readers asked him why he objected to increasing anyone's access to voting, Millar wrote:

"I would prefer more educated voters than a greater increase in the number of voters. If you don't believe this is an efort [sic] to maximize Democratic votes pure and simple, then you are not a realist. This is a partisan stunt and I hope it can be stopped. Furthermore I don't control where people are allowed to vote but am glad Brookhaven has been added for the last week."

Brookhaven is DeKalb County's largest city, and is 61.5 percent white; Millar represents another DeKalb community, Dunwoody. But even with expanded voting in a white area, it still seems awfully unfair to expand voting regardless of whether voters are well-educated enough for Millar's tastes.

Not that Millar meant anything insensitive by the remark. In Tuesday's Journal-Constitution, Millar was criticized by Ebenezer Baptist Church pastor Rapahel G. Warnock, who called Millar's remarks "shameful and disturbing," adding:

Senator Millar’s statement that he would prefer “more educated” voters rather than those who attend “several large African-American mega churches” in DeKalb County is a clear and unabashed echo from our ugly and painful racial past. How does he propose to determine who is more educated? Literacy tests? Grandfather clauses? Poll taxes? We have been there before.

Millar replied that the good minister was just plain wrong, and that Sunday voting was nothing more than the ugliest of partisan politics. Also, he wasn't saying that blacks are uneducated; he was simply calling for more informed voters all around:

My comment about educated voter was made in the context of for me being more important than just more people voting. Having people informed on issues such as transportation, education, taxation, etc would be a good thing versus voting based on sound bites.

You know how easily the blacks are persuaded by simplistic sound bites and slogans, after all. USA! USA! USA! Drill, baby, drill! My cold dead hands! And anyway, Millar is simply disgusted that, after he complained that early voting was scheduled for a location dominated by African American shoppers near several large African American mega churches," anyone would go and make this about race somehow:

Finally, as a recipient of the Thurgood Marshall award from the DeKalb NAACP, I do resent people trying to play the race card on me (not referring to you). My article dealt with three issues where I felt the CEO was not being fair to all parties in the County and I am disappointed that this behavior persists

Fran Millar is no racist -- he got an award from the local NAACP, just like Donald Sterling did.

The countdown to Millar's eventual apology to anyone who was offended has already started, we're sure.