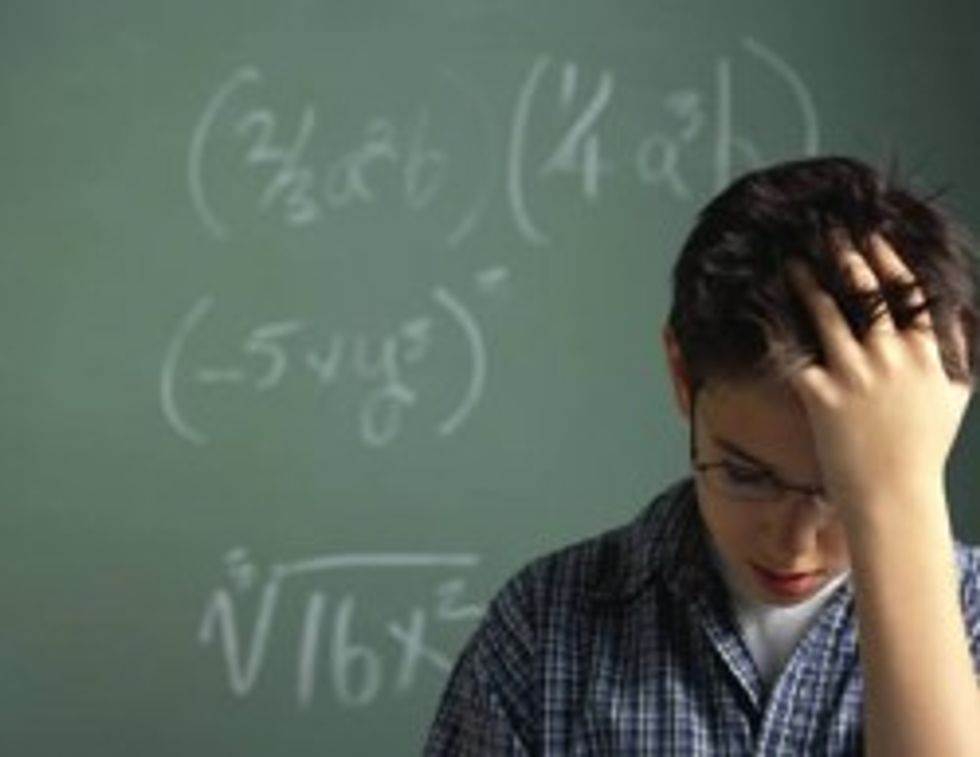 Georgia's Gwinnett County School District is coming under fire after parents came across math homework featuring some really atrocious questions involving slavery. Two questions in particular -- one involving the number of oranges picked by slaves and another about the number of times Frederick Douglass might have been beaten in a week -- were apparently aimed at teaching third graders about multiplication. Nine teachers at Beaver Ridge Elementary School insist they were "attempting to do a cross-curricular activity with a book the children had read about abolitionist Frederick Douglass in their social studies class." Um, which book? These teachers might be decent at math, but they are terrible at social studies.

The offending questions read as follows:

Each tree had 56 oranges. If eight slaves pick them equally, then how much would each slave pick?

If Frederick got two beatings per day, how many beatings did he get in one week?

No words. A school district spokesperson, Sloan Roach, has responded by saying, "We’ve been working with human resources to determine what staff development is needed for the teachers and what actions may be warranted."