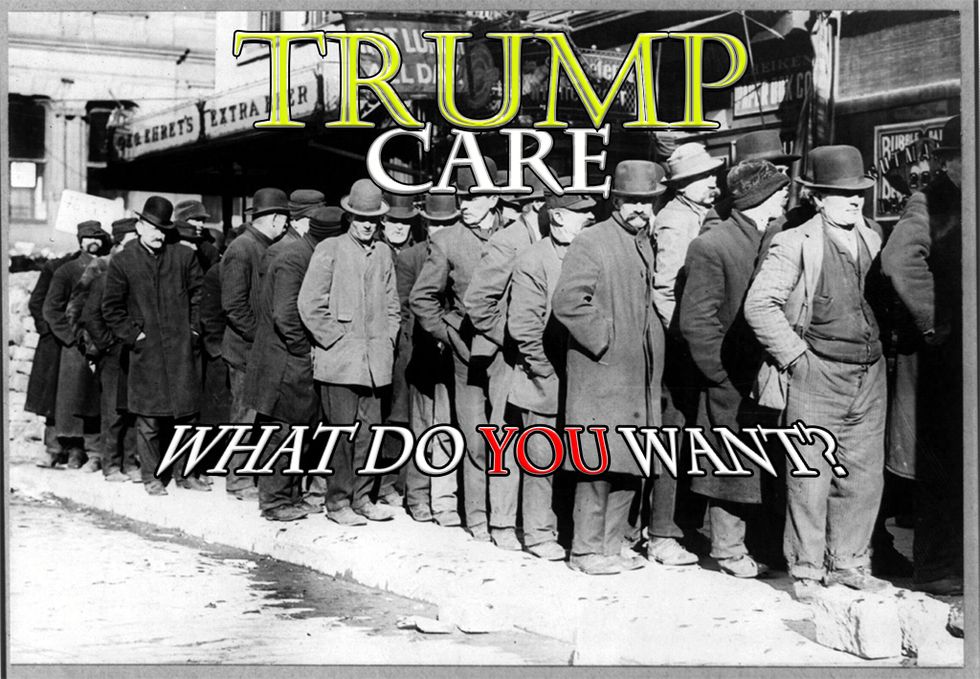 Morning Wonketariat! Here's some of the things we may be talking about today, but first, BUNNIES!

Aside from cutting $4.4 trillion, Trump's budget adds $7 trillion to the deficit, much of it going to the military and and his wall. It's a good thing too, we're going to need soldiers when the homeless people start rioting for food.

Steve Inskeep will be fighting Big Bird for table scraps if Trump's budget passes, as NPR, the National Endowments for the Arts and Humanities, and the Corporation for Public Broadcasting are facing hundreds of millions in cuts. Again.

An environmental group is screaming that grifty bastard and Interior Secretary Ryan Zinke is "completely bypassing Senate confirmation" by installing people to run federal agencies well past their interim status. It's an entire government of temps.

The revolving door on Trump's White House has seen more people come and go than any in recent history. When asked for comment, REXXON noted that he's "still here."

A new report details more serious violations of the Emoluments Clause at Trump Tower in New York, where the Chinese government leases space for a government-controlled bank.

Betsy DeVos has instructed the Department of Education to tell trans to kids to make a safe space in the bushes if they have to pee so bad.

The Senate Judiciary Committee has recommended Kurt Engelhardt for the Fifth Circuit Court of Appeals, the same lady-hatin' judge who dropped convictions on cops found guilty of covering up their murder of unarmed black folks after Hurricane Katrina.

Republicans are worried that a Blue Wave could flood the Senate in 2018, and that has Bob Corker reconsidering his retirement.

Florida man and disgraced former Congressman Alan Grayson wants to run for office again, but he's not sure where.

Devin Nunes has been hauling in a lot of Silicon Valley money from a right-wing tech company that picked up former Trump White House intel aide Ezra Cohen-Watnick, the same guy who told him about the unmasking of Mike Flynn.

Oklahoma is so financially fucked from years of conservative tax cuts that it's on the verge of collapse; now the Republican super majority is balking at raising revenues from the oil and gas companies, preferring a Trump-style raise on taxes for the poor.

A candidate running for West Virginia's state House was ejected from a public hearing after she tried to read the names of representatives who've taken thousands from oil and gas lobbyists. The nerve of some people!

A member of Virginia's Republican central committee is being told to take a hike after he posted an anti-semitic rant on Facebook urging Jews not to run for office.

Two Baltimore cops have been found guilty in federal court of racketeering, conspiracy and robbery after six other cops and a couple drug dealers detailed how the cops ripped people off, set up a protection scheme, and sold drugs. [Archive]

A gay teacher gay married her gay partner in a lovely beach ceremony that was posted on social media. Unfortunately she was fired after the Catholic school she worked at found out she was having homo lady sex.

A Pennsylvania town has elected a registered sex offender convicted of having sex with a four-year-old girl as fire chief. The town mayor noted, "I support the fire department and their decision to have him as chief...We don’t question their decisions.”

Rep. Mike Turner wants Rep. Darrell Issa deposed for his divorce from his super rich lobbyist wife after claims she "may have" talked about banging other people to "third parties." Interesting...

Open up a new tab and read Colbie Holderness's op-ed about what it's like to be Rob Porter's battered spouse.

Here's a profile on the Russian pee hooker who was banging a few of the Russian oligarchs involved in Trump-Russia.

Trump's personal lawyer Michael Cohen is shopping a book about Trump's ALLEGED Forbes-fueled fuck fest with Stormy Daniels as a rebuttal to all the other Trump books hitting the shelves lately.

Syria's civil war has now dragged its neighbors in after several downed aircraft have forced Russia, the US, Turkey, Israel and Iranian-backed forces into clashes that threaten to spill over the Syrian borders.

A bunch of readers asked the New York Times to explain what's going on with Trump-Russia, and the ramifications of more indictments. Their response: ¯\_(ツ)_/¯

Gun manufacturer Remington has filed for bankruptcy after gun fetishists stopped buying boom sticks. Clearly this is a liberal conspiracy orchestrated by Killary and her secret pizza cabal.

We're reader supported and ad-free because people like you give us money!