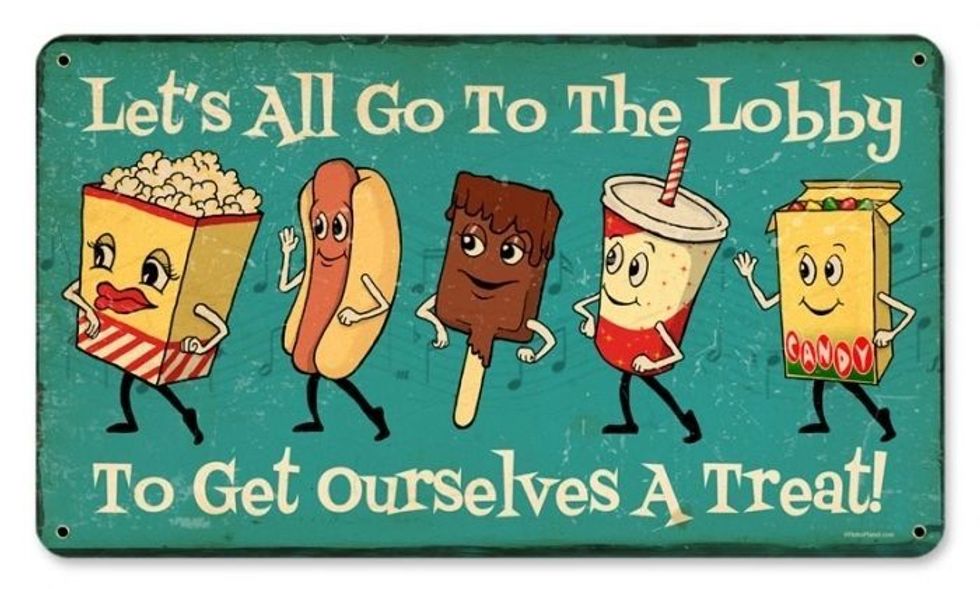 Greetings, screen fans! It's time once again for your weekly tincture of intolerable bullshit, the Snake Oil Bulletin! This week we're going to the land of Stars! Hollywood! It seems that the fine people of our nation's film industry have lighted upon the next big "it" trend. Is it Vampires? Monkeys? Reverse Vampire Weremonkeys? Heavens no; it's anti-vaxxers! Piggy-backing off the success of independent anti-vaccine films, actual movie professionals have decided to adapt even more anti-vaccine scare propaganda for the big screen, and it's coming to a theater near you.

We open today's bulletin with news from the star-studded world of Hollywood! Today we present a tale of a scrappy little indie group, relentlessly promoting their quaint little arthouse film on the festival circuit. They never got much notice until one day an executive with dollar signs for eyes took notice of their hard work and decided to sign them for a big name movie deal! Our plucky heroes finally had their names in lights, and all it took was a certified case of medical fraud, gross criminal negligence, and the completely preventable deaths of possibly thousands of kids, hooray!

Our little melodrama concerns the exploits of one Mr. Andrew Wakefield, charlatan, child endangerer, and mountebank par excellence. Wakefield was the quivering dickweasel who frauded everybody with his bullshit study linking vaccines to autism. Wakefield's ruse, and the anti-vaccine movement he spawned, are responsible for the Anglophonic world's staggering rise in measles and whooping cough, diseases which can cripple, blind, brain damage, or kill innocent babies. Take a guess how we feel about Mr. Wakefield!

When last we'd heard Andy, he was pushing his home movies upon the unsuspecting art house public, desperate for anyone to listen to him after being kicked out of Tribeca. His Riefenstahlian masterpiece, Vaxxed: From Cover-up to Catastrophe, has expanded its coverage to a few more theaters, though the reviews continue to pour in that it's a shot of bullshit straight to the buttocks.

The people involved in the film are a veritable "Who the hell?" of assorted quacks, frauds, and liars. Hell, most of the interviewees blatantly fabricate their credentials or at best stretch them to absurd limits. One fellow who identifies himself as a "medical journalist," has in fact never been more than a producer on Dr. Phil and everyone's favorite daytime Scare Nana variety hour The Doctors, a program co-hosted by infamous anti-vaccine activist Dr. Jim Sears.

It seems an utter lack of credibility did nothing to hurt the film, because now actual Hollywood people want EVEN MORE anti-vaccine propaganda in theaters. Terry Rossio, writer of the meticulously peer-reviewed Shrek, has just bought the rights to Mr. Wakefield's 2010 book, Callous Disregard: Autism and Vaccines — the Truth Behind a Tragedy with plans to make it into a film, and the rights to Wakefield's life. We're a little disappointed the phrase "life rights" is actually some charming Hollywood legalese and not the start of a Logan's Run sequel.

Rossio is an Oscar nominee and a known entity in the film biz, having been the screenwriter for Shrek, Aladdin, Pirates of the Caribbean, and that shitty Fred Savage abomination Little Monsters, so make of that what you will. What the hell is this gleaming turd Rossio picked up off the clinic floor? Let's take a gander.

In his book, Wakefield presents his version of his now-retracted 1998 study that kicked off the modern movement against the MMR vaccine. Wakefield did so by lying, cheating, and in some cases fabricating data outright. He experimented on children at a birthday party without their parents' consent, and at no point disclosed to his peer review board that he was on the payroll of a law firm filing a class action lawsuit against an MMR manufacturer, nor that he had a stake in a competing vaccine. We're gonna take a freaking shot in the dark that none of this appears in Wakefield's book. Oh would you look at that? It doesn't.

Harriet Hall's stellar review of Callous Disregard presents a litany of delightful scenes that will no doubt be HI-LARIOUS when Rossio adapts it to the big screen, like this charming anecdote:

It's like a scene out of Patch Adams! The good doctor jovially laughing and honking his bright red nose while children all around him are so overcome with his goodness that they can't help but pass out in their own puke.

Rossio will be translating this whimsical tale with the help of Dr. Jocelyn Stamat, an ear-nose-and-throat doctor who is apparently a director and screenwriter, though the extent of her credentials seem to begin and end with a baffling series simply called "Turbo Dates." The two of them released a statement that paints Wakefield as "polarizing," in much the same way your local news station presents Donald Trump calling Mexicans murderers and rapists as "controversial."

“Dr. Wakefield is clearly a polarizing figure, reviled by the general public yet also revered by many. The details and drama surrounding his life are even more remarkable than generally known,” said Rossio.

He's certainly revered by people looking to make a quick buck and have their confirmation biases reinforced.

“We look forward to bringing Andrew Wakefield’s personal story to the screen and exploring a topic of vast importance to public health and the health of the nation’s children,” added Dr. Stamat

It's good to know that their primary concern is not the money they stand to make from gullible anti-vaxxers and furious not-morons coming to hate watch their film, but rather the wee little children. And good news! The propagation of more anti-vaccine propaganda will mean that more kids will die of easily preventable diseases, freeing up their parents up to come watch Callous Disregard in 3D!

Didn't get your fill of flimflam and hornswoggle? Take a gander at these other fine samplings from your beloved Wonkette: