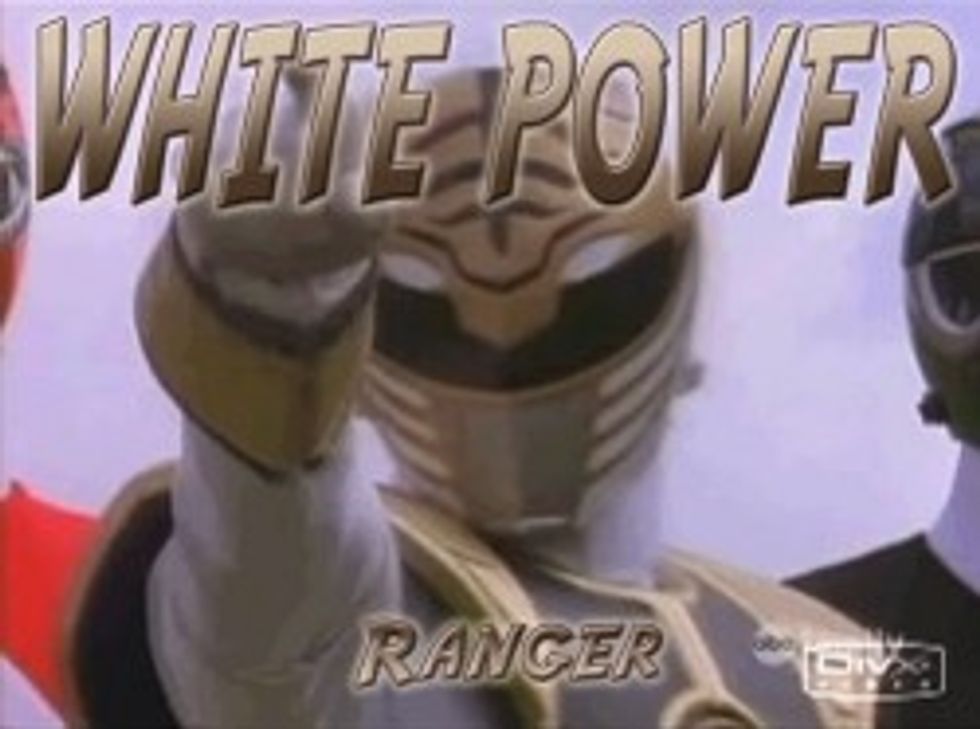 When former (Republican) senator Lamar Alexander quoted Alex Haley, the author ofRoots, at the Inauguration yesterday, Breitbart-remnant writer John Nolte knew exactly what was called for! You see, Alexander was a close friend of Haley (despite being a Republican -- weird, right?), and invoked the late writer while introducing Supreme Court Justice Sonia Sotomayor:

“The late Alex Haley, the author of ‘Roots,’ lived his life by these six words: ‘Find the good and praise it.' Today we praise the American tradition of transferring or reaffirming immense power as we inaugurate the president of the United States.”

For Nolte, it was as if the Dick Signal was lighting up the clouds on a moonless night. The minute he heard "Find the good and praise it," he rushed to the Interwebs of Justice and "tweeted out the fact that Haley's seminal work was a fraud":

Then, "surprised by how many people tweeted back that they had never heard this,"* Nolte hurried to put together an article proclaiming that

quoting Alex Haley at an important national occasion is not unlike quoting Lance Armstrong. Because what both men are most famous for is based on brazen fraud.

Yes, it is a perfect analogy, because writing a book is so very much like riding a bicycle -- the verbs even sound a lot alike!. Nolte goes on to lay out the case against Haley's research and scholarship in Roots, saying

any serious look into the Haley family's genealogy has found -- and I'm being generous -- that large portions of what was sold as non-fiction cannot be verified. Charges that "Roots" was largely a work of fiction sold as history have been around for decades now.

Of course, this is hardly news to academics and to people who are paying attention, and in discussing the 1978 plagiarism lawsuit against Haley, Nolte engages in a bit of a stretcher himself, claiming that the plaintiff, novelist and anthropologist Harold Courlander, "won in a rout" -- the suit actually ended in a settlement and a carefully worded statement: "Alex Haley acknowledges and regrets that various materials from The African by Harold Courlander found their way into his book, Roots." So, yes, Haley borrowed, but a "rout"? Not exactly, and while it has remained popular because of its vivid storytelling, Roots is not generally regarded as a work of history, but as historical fiction. Ah, but a lot of people think it is essentially factual, so there must be a PC plot to, we don't know, make America hate white people or something. (Many people also think that The DaVinci Code is based in fact, which is probably a plot to make the Catholic Church look bad...er, worse.)

Nolte's biggest screw-up, to finally get to that headline up there, was that, in his haste to prove that the unified entity known as the Liberal Media had covered up the truth about Roots, he linked to a 2002 New York Post story that was reprinted on "www.martinlutherking.org," which sounds like a neutral-enough website, but which announces, when you scroll down to the bottom, "Hosted by Stormfront." Yep, THAT Stormfront. Charles Johnson at Little Green Footballs broke the story, noting also that the "suggested books" section of martinlutherking.org features former KKK leader David Duke's autobiography and another book accusing Martin Luther King of "plagiarism." Because if one black writer plagiarized, they probably all did, don't you think?

Once the link to Stormfront was publicized, Nolte removed it and revised his article to link to other sources, including a Birther piece at American Thinker which implies that since Roots is a high-profile "fraud" that is still well-liked by liberals, it stands to reason that when Barack Obama's "presumed role as author" of Dreams From My Father is exposed as fraud, liberals will still love him anyway. Because if one black writer plagiarized... (As part of the evidence that there's a liberal cover-up, the article notes that an article about Haley's dubious research was published in The Village Voice. We liberals are apparently pretty shitty at cover-ups.)

Nolte appended the following correction to his Breitbart piece, without actually naming Stormfront, of course:

UPDATE: This post has been updated to remove a link to a 2002 "New York Post" story posted at an unacceptable site linked to in error. Two new sources have been added to the post.

As Johnson says of this note, "Sure, just a harmless 'error,' linking to a white supremacist site on MLK Day. Anyone could have done it." Look, research is HARD. Do we really have to know every dumb little detail about who we cite before we expose Hollywood's campaign to normalize walrus-fucking?

Incidentally, neither the original Nolte piece (archived at WebCite, a terrific place for stuff that is likely to go down the internet memory hole) nor the revised version actually cites the words of Alex Haley that Lamar Alexander quoted, presumably because in this article, "Find the good and praise it" would be an irrelevant distraction.

*We count "one," at least in direct reply to that tweet; it is rather fascinating, however, to see how a twitter search for "Alex Haley" moves within a couple hours from retweets of the inspirational quote to links to Nolte's Breitbart piece. You can literally see the change, as retweets of the hit piece drown out that "find the good" nonsense. Talk about shifting the discourse!