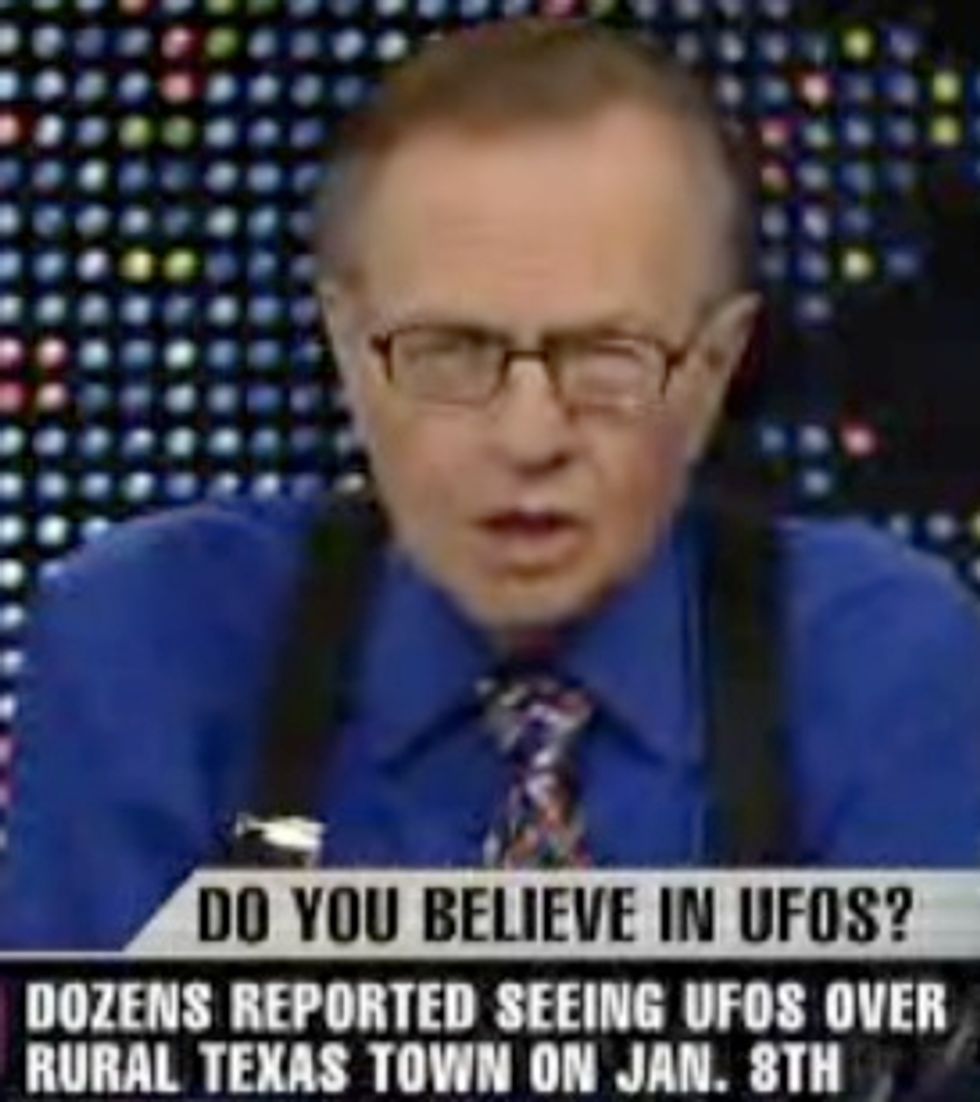 Air Force logs and government radar reports released under the Freedom of Information Act reveal that a massive, terrible mystery aircraft barreled through the skies of Central Texas on January 8 -- and it was headed for George W. Bush's Crawford ranch at 2,100 miles per hour!

The Mutual UFO Network just released a long investigation (PDF) of the "Stephenville Lights" incident, which briefly won the attention of our attention-challenged nation six months ago, until Americans again remembered that a black dude was running for president.

The National Weather Service and Federal Aviation Administration released radar reports from around the Waco/Dallas/Ft. Worth areas where people reported seeing a mile-wide brightly lit aircraft that could hover silently, vanish "as if someone turned off a light switch," and zoom across the sky while jet fighters tried and failed to keep up.

Carswell Air Force Base logs were heavily redacted, MUFON reports, but showed three groups of jets from the 457th Fighter Squadron were in the air that night and that several veered off to the Stephenville area for unknown reasons. Also, an AWACS surveillance plane flew in a wide circle over the area for several hours that night, "as if it were on a search or monitoring mission."

Radar returns show the mystery object flying as slowly as 49 mph, sitting stationary in the sky, and accelerating at up to 2,100 mph. The radar data seems to support the 17 eyewitness reports of the thing collected by the investigators.

During this entire episode of over an hour, there is no indication that any of the military jets reacted to this unknown aircraft, that was without a required transponder, and that was headed directly to the Western White House.

Why did the military allow the space monsters to attack George W. Bush's stupid brush-clearing ranch?