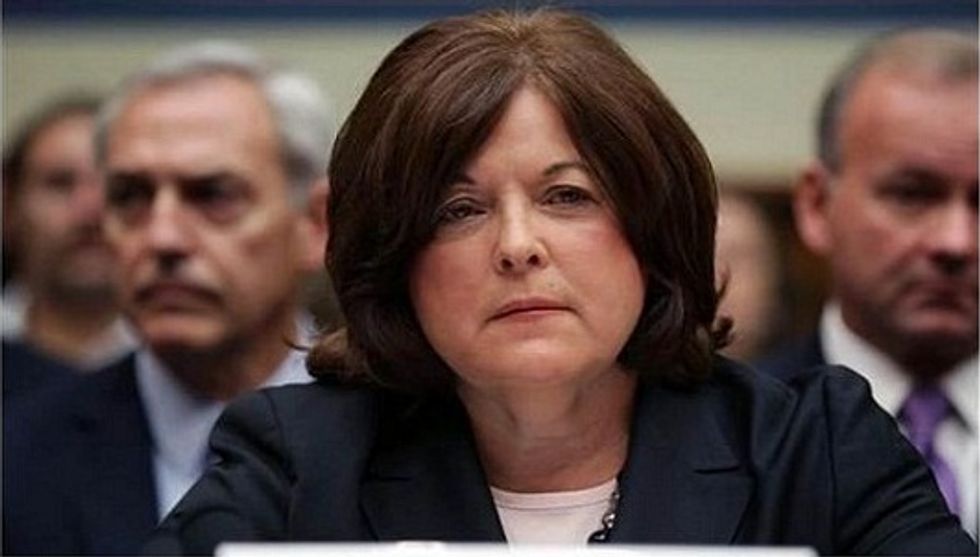 Secret Service director Julia Pierson has resigned over the recent rash of security breaches around the president and the White House. This leaves us with just one important question: How long will it take the wingnuts to blame Pierson’s resignation on Obama leading the real War on Women? Let’s see. Here is a tweet from NBC News that alerted us to the story, time-stamped 12:24.

And here is a wingnut commentator from something called Pocket Liberty, also time-stamped … 12:24.

Instantaneous! That beats Katie Pavlich’s record of three minutes in the Great Ebola Hitting the U.S. Is Totally Obama’s Fault race from yesterday. Congrats to RB, who can expect to find a Wonkette victory tote bag in his mail soon.

We turned on Fox News the minute we heard about the resignation to find Shep Smith reporting the story without mentioning the War on Women, because Shep Smith is a liberal. We’ll check on "The Five" later, where they have real conservatives who also respect women.