Glenn Beck Starts College That Will Be Better Than All Other Colleges, Combined 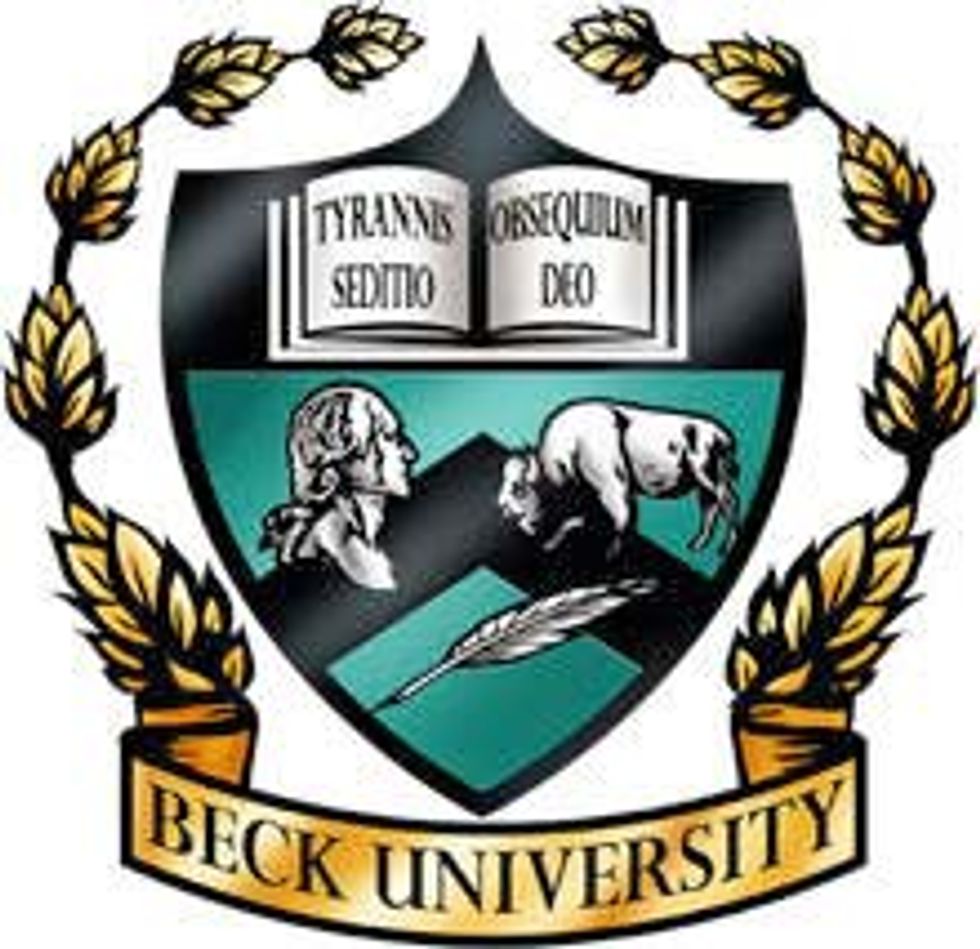 If you're like most Americans, you've probably always wanted to get a fraud degree online from the University of Phoenix, but are concerned about that institution's well-known Marxist ideology and don't want to be brainwashed while trying to get your HVAC Repair certificate. Well, your day is just about to be made, because now you can get a degree online (i.e., download nine bullshit lectures from scam artists and wackadoodles) from Beck University, an actual accredited college founded by Glenn Beck!(Note for legal purposes: Beck University is not an accredited college.)

Despite the refusal of the lamestream higher education racket to acknowledge its awesomeness, Beck University is an august body of higher learning; you can tell because of its extremely official looking logo that we've reproduced above, which is a real thing and not a Photoshop job (except in the sense that some poor design intern at Beck Enterprises LLC was forced to cobble it together using a pirated copy of Photoshop). While you would need to trudge to classes for four years to get a so-called "bachelor's degree" from Yale or whatever, you can earn your Doctorate of Beckology this summer, by taking classes called "Faith," "Hope," and "Charity," taught by a fraudy group of Beck's friends.

The important question about Beck University is: has it single-handedly saved our country? Let's see what Facebook Connect users think!