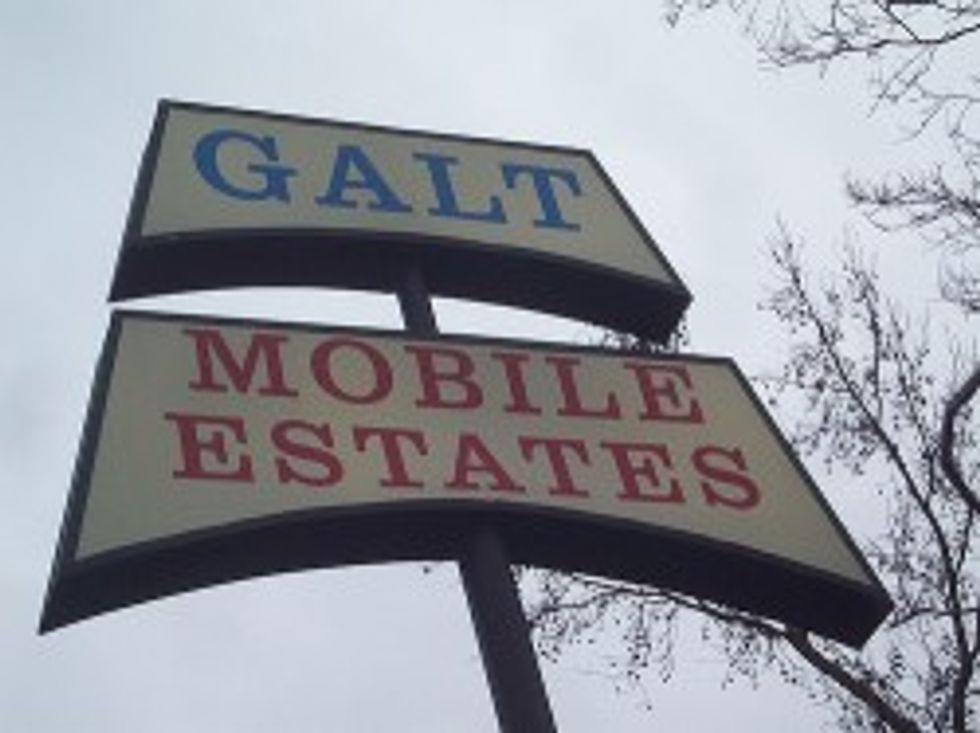 Sitting in the middle of the Detroit River is Belle Isle, one of the nation's finest urban public parks. It was designed by Frederick Law Olmsted of Central Park fame. Unfortunately, Belle Isle isn't in the best condition right now because Detroit is super poor. There exists a perfectly reasonable plan to make Belle Isle a state park so Michigan taxpayers can fund maintenance of this beloved landmark in the state's largest city, as they do for comparable parks across the state. Naturally, this will never happen because Detroit doesn't end up like Detroit by accident. It takes a lot of incompetence and inaction.

So what are the other options for Belle Isle? How how about letting it secede from Michigan and become its own Puerto Rico-like commonwealth for entitled rich people who pretend they've read the "This Is John Galt Speaking" chapter of Atlas Shrugged.

As the broken city thinks big and radically about its future, a developer is stepping forward with a revolutionary idea: Sell the city's Belle Isle park for $1 billion to private investors who will transform it into a free-market utopia.

The 982-acre island would then be developed into a U.S. commonwealth or city-state of 35,000 people with its own laws, customs and currency.

The difference between this harebrained scheme and the usual Go Galt nuttiness is the brazen hypocrisy behind the Commonwealth of Belle Isle.

For starters, among the prime movers for the plan is former Chrysler President Hal Sperlich. You may remember Chrysler as that company American taxpayers have twice had to save from its own ineptitude. Sperlich was in Chrysler's executive suite during that first bailout, but it was a simpler time in 1980. Taxes saved jobs, namely Sperlich's, back then. Today's demonstrably lower federal taxes are killing jobs because socialism. Sperlich also, for some reason, likes to take credit for the K-car. In addition to being a moocher, he's also responsible for that shitty car your parents bought in 1982.

Even better, this Commonwealth of Belle Isle plan owes as much to central planning advocate Robert Moses as it does to rape fetishist Ayn Rand.

Under the plan, it would become an economic and social laboratory where government is limited in scope and taxation is far different than the current U.S. system. There is no personal or corporate income tax. Much of the tax base would be provided by a different property tax — one based on the value of the land and not the value of the property.

It would take $300,000 to become a "Belle Islander," though 20 percent of citizenships would be open for striving immigrants, starving artists and up-and-coming entrepreneurs who don't meet the financial requirement.

Among the citizenship requirements are a command of the English language, a good credit rating and no criminal record.

Wait just one second. Here in Obama's United States of America People's Republic of Takers, pretty much anyone can negotiate the purchase of pretty much any piece of property provided they pay for it. However, in the free market paradise of Belle Isle, you first have to pay $300,000 to the Commonwealth's governing authority before you can buy your libertarian dream house. You also have meet a series of requirements to live there and then make sure not to buy any of the property reserved by the commonwealth's government for "striving immigrants, starving artists and up-and-coming entrepreneurs who don't meet the financial requirement." Sounds like affirmative action. Or a government picking winners and losers, anyway.

One assumes the "striving immigrant, starving artist, etc" winners  mostly will be morally flexible young women willing to be the second/third/fourth wives of 60-something douchebags with spray tans and regular botox appointments.

Christ. If you really want to live on an island governed by deluded micro-managing ideologues, just move to Cuba. The beaches are nicer.