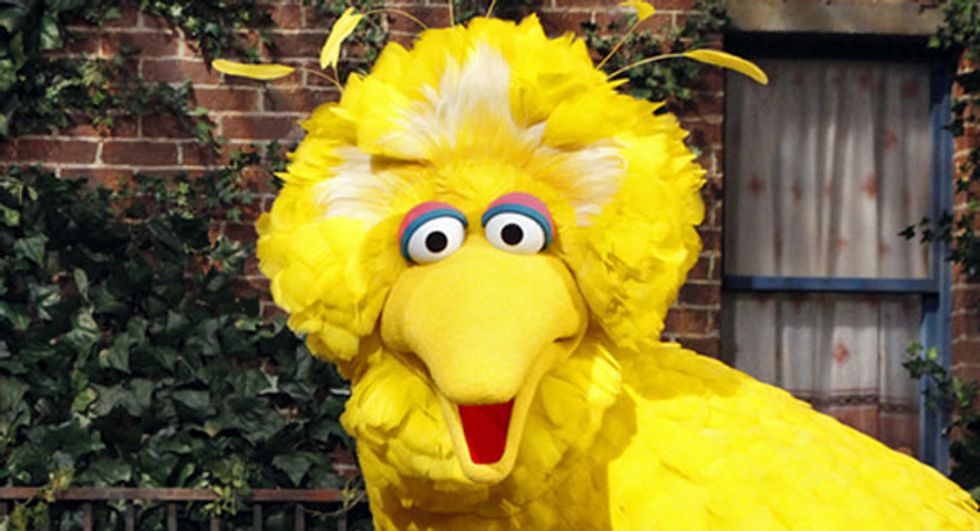 Oh hey liberals, remember how in the opening moments of the first presidential debate Mitt Romney was all like "I love Big Bird, but he should not be paid for with taxes," and you thought this was hilarious, but then Obama started losing and then you peed your pants and launched into a five-day crying jag? Well, Barry's handlers want to bring you back to a kinder, gentler time, when Mitt Romney was just some stiff doofus who was going to lose so bad in November, and not the guy who was literally going to murder you in your sleep, with his Presidential gun. So they made an a jokey ad where they made fun of Romney wanting to get rid of Big Bird, ha ha! Only ... now they've managed to piss off Big Bird.

Here, here is the ad, and isn't all in good fun?

Oh except WHOOPS the people at Sesame Workshop and no doubt PBS in general are ... a little sensitive about having their doings dragged into electoral politics, maybe because they would like to keep their jobs when a Republican is elected president, as one inevitably will be, some day?

Sesame Workshop is a nonpartisan, nonprofit organization and we do not endorse candidates or participate in political campaigns," the group said. "We have approved no campaign ads, and as is our general practice, have requested that the ad be taken down."