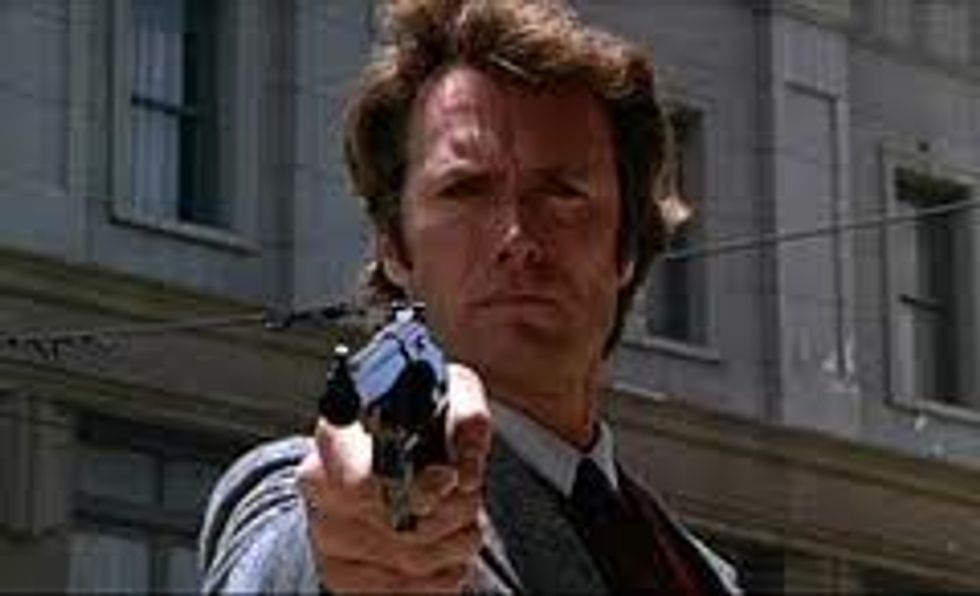 Guns don't kill people. Mentally disabled 29-year-olds who swing their arms and shout "Watch where the fuck you're going!" when somebody almost hits them with their SUV kill people,by getting shot by them. Since 2006, Arizona has had its own version of Stand Your Ground, but this one has an even awesomer name:

[T]acked on to another gun bill after a gun rights lobbyist promoted it for 20 seconds in front of the Senate Judiciary Committee, [and c]alled "Make my Day," it says people have no duty to retreat before using deadly force to protect themselves anywhere they have the legal right to be.

And that is why a kerfuffle at a Taco Bell drive-through ended up with Daniel Adkins Jr. totally dead. The shooter, who has not been named because he has not been charged, said Adkins had a three-foot pipe and was swinging it. Unfortunately, magical elves or pixies or trolls or hobbits or leprechauns or the Tooth Fairy or the Loch Ness Monster or the Dastardly Yeti removed the pipe before the coppers could recover it, as it was never found. But the shooter's father, who spoke from behind the door to his home "warning that he had a gun in his hand," said not only did Adkins have a pipe or bat, but he also yelled words at him!

He said witnesses at the scene told him that Adkins "went beserk" on his son, raising his hands and yelling: "What the hell, you almost hit me" and to "watch where the f*** you're going."

He rests his case!

Now let's all definitely hang out in Arizona all the time, so people can murder us for threatening them by walking in front of their cars, and that is justifiable homicide. Good job, you guys! Ace work! OH NO WE DIED WE ARE DEAD NOW. X-(