Not satisfied with nominating Nazis, child molesters (ALLEGEDLY!!), and Devin Nuneses, the GOP has finally decided to go for broke, and nominate a real life pimp, Dennis Hof, who runs a Nevada brothel (the very brothel where Lamar Odom was found unconscious) for a state legislature seat.

Now, this is very odd, since we just heard from a reliable source -- Rudy "I don't even really look at porn" Giuliani -- that people who sell sex are not to be trusted AT ALL. Rudy is sure to be issuing a statement soon declaring that Dennis Hof has no credibility and nobody should believe anything he says ever, just like he said about Stormy Daniels. Just kidding. It's a scientific fact that only women are liars and whooores if they sell sex, but it's simply "Free Market Capitalism" if MEN are the ones selling women for sex. Men are never guilty, silly rabbit. Guilt is for the ladies.

Everyone remembers how much the Republican Party enjoyed watching James O'Keefe dressed up in his ridiculous pimp costume, which made him look very stupid and also like he watched too much Dave Chappelle. Did his costume actually fool anyone? 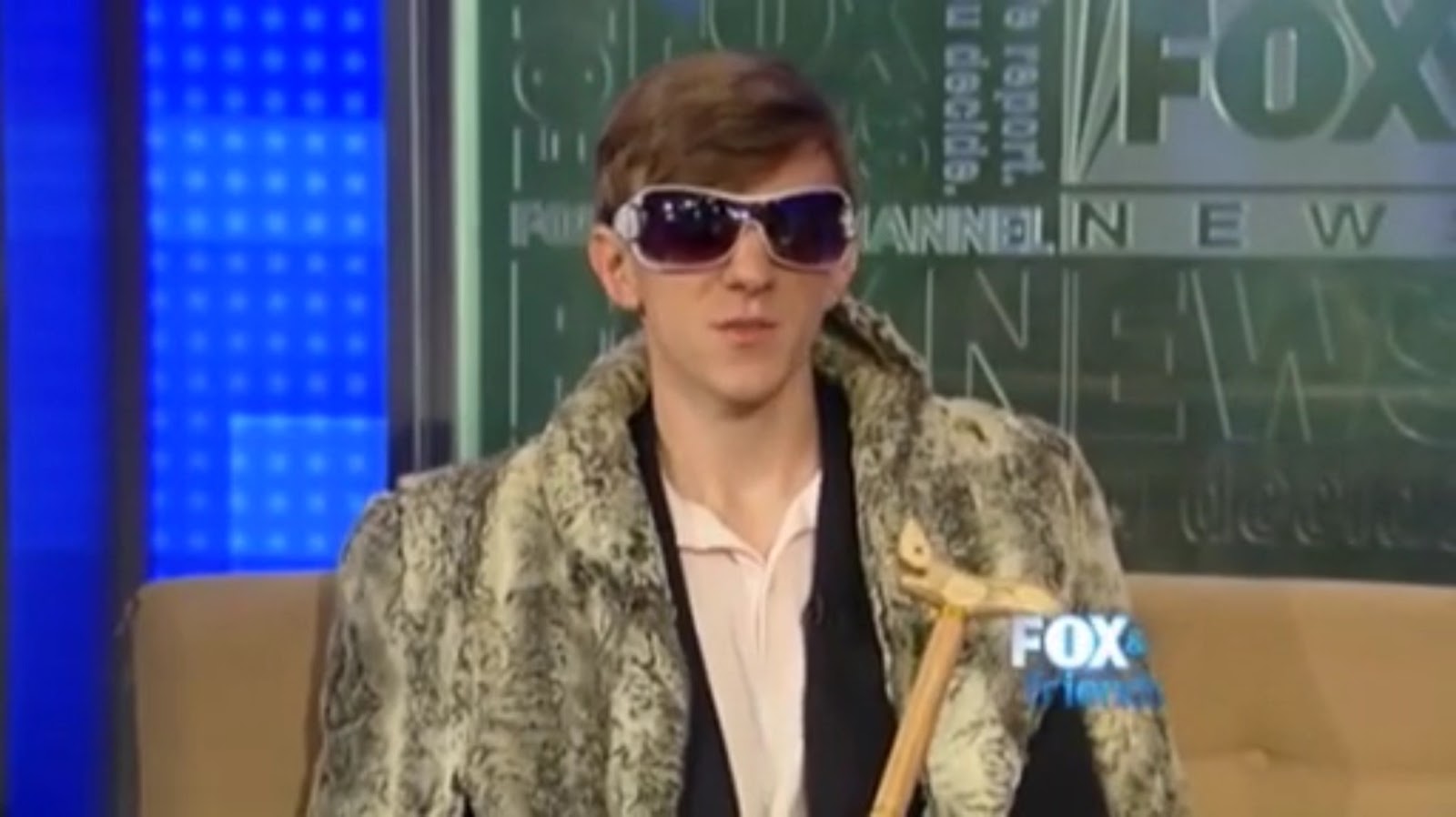 Ahh! The vivid and enraging memories of when he trolled ACORN out of business!!

Well, this time, Ladies and Gentlemen, we have an actual pimp. One who looks like every nondescript middle manager you've ever known and not wanted to talk to. Rather than forcing you to make pointless office small-talk and laughing and snorting at his own jokes like most white dudes his age, Dennis Hof wants to legislate some shit. Oh, lucky us!!! Unfortunately for him, it seems like certain elements in the Republican Party are acting all high and mighty like they have some standards all of a sudden, and refuse to get behind his campaign. Apparently grabbing NON-consenting pussy is perfectly fine with today's GOP, but facilitating the sale of such things in a consensual manner is beneath them. Or not and they are just faking as usual.

Hof obviously sees himself as a Donald Trump Republican, an idea that really becomes apparent when you realize he calls himself "America's Pimp," and you also notice Trump is pimping America. James Oscarson, the incumbent Nevada Assemblyman was knocked off in the Nevada Primary this week by Hof, and Hof clearly expected to be welcomed with open arms by ALL the Nevada GOP. The warm welcome he expected became as cold as Ann Coulter's heart when she sees families with children.

But now the flamboyant pimp who starred on the HBO adult reality series "Cathouse," is being shunned by some of that GOP establishment as he prepares to run for an Assembly seat in November.

U.S. Sen. Dean Heller, considered the most vulnerable Republican up for re-election in the Senate this year, and Attorney General Adam Laxalt, the GOP's gubernatorial nominee, are among those refusing to back Hof."

Apparently nobody in the Republican Party plans on getting over Hillary Clinton anymore than Donald Trump will get over himself.

The "Trump from Pahrump", as Hof likes to put it, is not backing down from giving Trump a reach around, and championing "fiscal conservatism" -- which apparently means "Guns and Water" in Nevada. Guns are super important for fiscal conservatives in the desert because there is no water and you may have to go full Mad Max when the Government treads on you and tries to regulate your water usage or ammo supply. It is best to be prepared.

In addition, he thinks you focus on brothels and pimps way way way too much:

Hof said Wednesday that "everybody just wants to focus on 'brothels' and 'pimps.'"

Yeah, everybody. It's totally normal to call yourself a pimp and then suddenly start getting sensitive about being a pimp when you are running for election and just want to focus on God and Gunz like every Christian or something. Maybe if he wins, he can manage to pull himself away from The Art of The Pimp (Yes. That is the title of his book.) and stop hanging out with Heidi Fleiss long enough to show up for work. We hope not.

Finally, it's never a bad time to discuss the weird and myriad ways in which Trump worship manifests itself in the GOP. Whether it's effusive praise, genuflection, mirroring, or hero worship, the GOP has done lost their collective minds when it comes to treating Trump like Jesus.

''It's all because Donald Trump was the Christopher Columbus for me," Hof told the Associated Press. "He found the way and I jumped on it."

Now Trump is like Columbus for realizing you could sleaze your way into office? How is this a New Discovery? Oh, yeah. America was also not a new discovery, I see your point, Hof.

We all keep waiting for the moment when Republicans realize that they have jumped the shark and they need to wake the fuck up. Hof won his race by pimping the Trump brand to his possible future constituents, he had a gig on reality TV, he is a sleazy businessman, and a real life pimp. If him knocking out an incumbent Republican is not a clear sign that the GOP needs to do some soul searching, I don't know what is. Candidates that would have made us laugh only a few years ago have become our reality in 2018. This is Trump's fault. Never forget that.