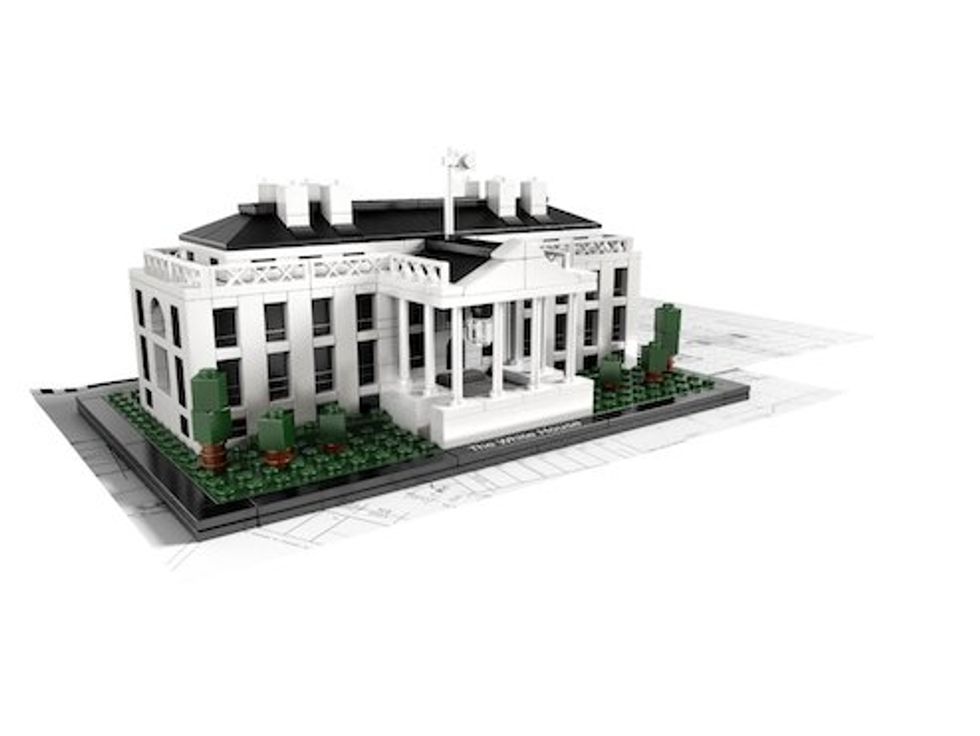 It's been about ten seconds since we had some nonsense person declare that he's a salt of the earth man o' the people tax-hatin' rootin-tootin' kinda guy, so let's meet Ben Sasse. Mr. Sasse is running for Senate in corn-fed Nebraska, and he has a super smart idea we're sure you'll all dig:

In a campaign advertisement released last week, Ben Sasse says that he wants to “cure the incredible ineffectiveness and dysfunction of both parties in Washington” by moving “the Capitol to Nebraska where they can experience family, conservative values, living within a budget, and pulling together, not pulling apart.”

Oh, ok. That's some thinking outside the box, where the box equals rational thought.

So what kind of person wants to have the Capitol in Nebraska? Someone really rooted in the Heartland, we bet. Not some effete East Coast politician-y type. And that, my friends, is Mr. Ben Sasse. Oh wait. Let's wander over to Wikipedia, shall we?

Sasse was born in Fremont, Nebraska. He graduated from Fremont High School in 1990 and then attended Harvard University, where he was recruited for wrestling. He earned his Ph.D. in history from Yale University, where his dissertation on domestic politics during the Cold War won the Theron Rockwell Field (best dissertation) and the George Washington Egleston (history) Prizes.

Mr. Sasse, that is sure not very earth-salty! It sounds like you spent 20 years on the East Coast and then figured you could carpetbag back home and run yourself a Senate campaign. Perhaps you'd like to chat with one Liz Cheney to see how well that will work out?

Anyway. So Sasse wants to move the capital to a corn field except haha he doesn't really.

Mr. Sasse said he doesn’t actually believe there are the votes in Congress to move the capital, but said proposing the move is a “thought experiment” designed to pose the question of what the founders would think if they saw the influence-peddling and extent of federal intervention in Americans’ lives.

“I think that they, Nebraska work-a-day folks, think that we’re on the precipice of national decline and they don’t think Washington gets it at all,” Mr. Sasse said in a telephone interview.

So let's get this straight, sassy Ben. You admit your grand idea is nothing but political theater, but you figure that your constituents are filled with enough dull rage that it won't actually matter or that your constituents are so blindingly stupid that they think that the troubles of DC magically disappear if you airlift Congress into some amber waves of grain. So if you're not doing this to actually get the capital banished to the Midwest, what's your purpose, big guy?

Sasse said that he knew the U.S. Capitol was probably not going to be moved to Nebraska but hoped his proposal would convince voters to look at his at his five-minute biographical video.

See! Super outside the box, because if there's one thing people like to watch, it is five minutes of a Senate candidate who spent 20 years in the cushy confines of the coast telling you all about his life.

Wasn't that gripping! Here's some of our feels on this cinematic masterpiece: fuck you, Ben Sasse, for thinking that personal and fiscal responsibility and having values is some geographical thing that the sparsely populated Nebraska possesses while the rest of us do not. Also, too, your video is interminable and petulant and really? Obamacare is the worst law in the nation's history? THE ENTIRE HISTORY?? Like worse than slavery, or that law that didn't let women get credit cards, or laws that forcibly sterilized people deemed to be feeble? Nah, mang. The real problem with 'Merica since the beginning of time is that Bamz created an insurance scheme that makes you give your hard-earned coin to private companies, which you were already doing already for shittier insurance?

Mr. Ben Sasse, you are not an outsider. You are not fighting the man. You are just another person who suddenly discovered how much he hated Washington around the time the blackity-blackity black guy got elected. Let's make a deal: You can keep all of Nebraska, and the rest of us will never ever go there. Set up an imaginary Lego White House building in the middle of your corn field and have at it. Everybody wins, especially us when we never have to hear from you again.