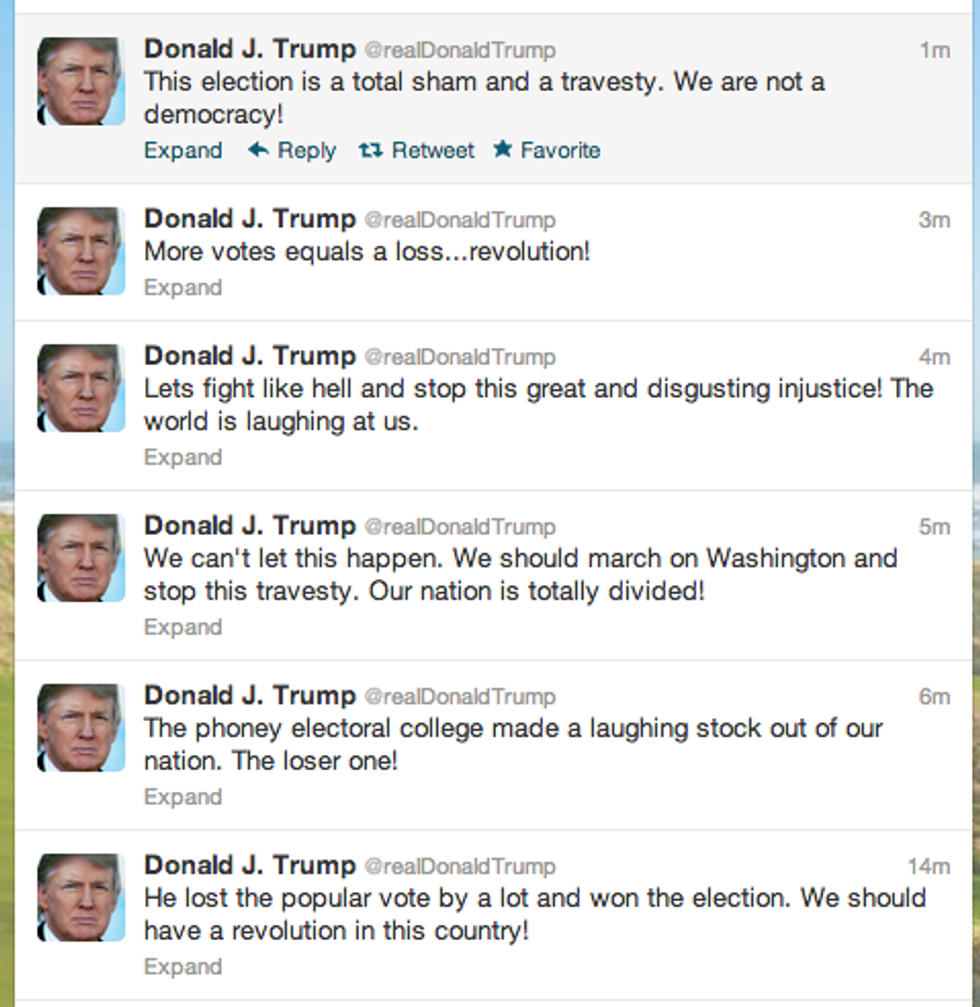 You saw it happen, folks. You sat on your big butt and you watched Barack Obama, who was not born in America, steal the election — again — so that he can ruin the country and impose sharia law.

He had four years to impose his evil Muslim ways, and he didn't, but that's not evidence of ANYTHING, and we are still in grave danger.

Thank goodness a brave, brave patriot like Donald Trump is around to point us in the right direction, by bravely tweeting that we should have a "revolution!" and then bravely deleting those tweets.

Donald "That Fuckin' Guy" Trump may have bailed on his tantrumtweets, but we have not, OH NO! And we took a picture of them before he deleted them, because that seemed like just the kind of upstanding thing he would do:

Hey, you who are pointing and laughing! Stop that. Place that pointing mockfinger over your heart, because we are in the presence of a patriot. Sam Adams deleted plenty of tweets in his day, and that was before anybody had to even whine about the electoral college. Trump is fighting a corrupt system, which he was participating in as a candidate for a while, but now he sees it's totally corrupt, because he didn't get what he wanted.

Now he sees the truth, and graciously showed us, for a minute or two, before chickening out. When do we march?