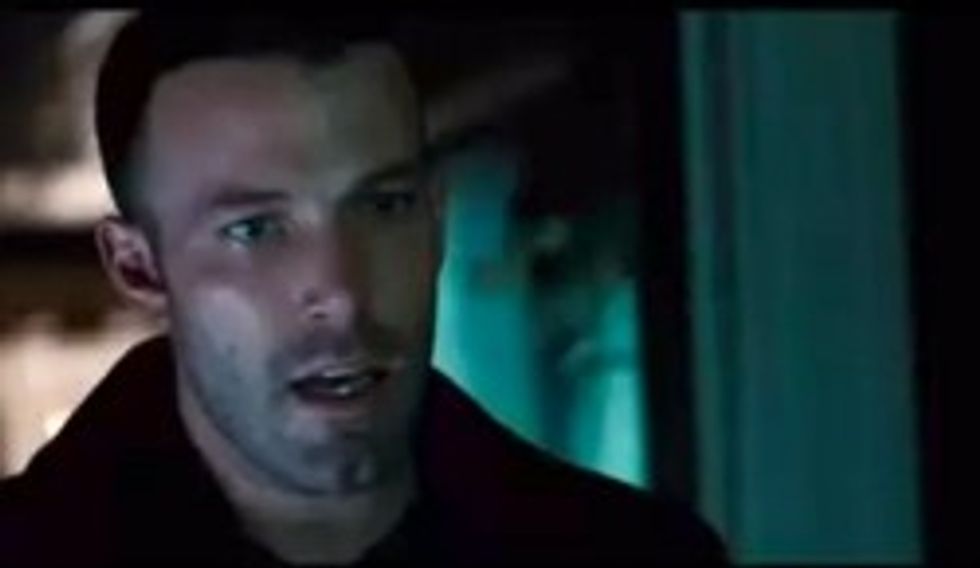 What is still the best way in 2011 to convince a room full of intransigent Republican males to join your team? You promise them a little violence and a little mayhem. House Majority Whip Kevin McCarthysat down a group of GOP lawmakers to show them a scene from a Ben Affleck movie called The Town as a way to boost "togetherness" in the caucus during these eternal debt fights. The movie is about bank robbery, Ben Affleck is the bank robber, and the line McCarthy played for lawmakers goes like this: "I need your help. I can’t tell you what it is. You can never ask me about it later. And we're going to hurt some people." HURT! They know that word. Sweaty, excited faces all around! Where do they sign up for whatever John Boehner is asking them to vote for? How soon does the hurting start? Oh, and can we guess which Florida military nut congressman immediately changed his position on the debt ceiling after watching the clip?

Yes, of course it was Allen West. He even offered to drive the getaway car to Belize or wherever.

House Majority Whip Kevin McCarthy (R-Calif.), the party’s vote counter, began his talk by showing a clip from the movie, “The Town”, trying to forge a sense of unity among the independent-minded caucus.

One character asks his friend: “I need your help. I can’t tell you what it is. You can never ask me about it later.”

“Whose car are we gonna take,” the character says.

After showing the clip, Rep. Allen West (R-Fla.), one of the most outspoken critics of leadership among the 87 freshmen, stood up to speak, according to GOP aides.

“I’m ready to drive the car,” West replied, surprising many Republicans by giving his full -throated support for the plan.

AWESOME. Let's get this show on the road, where do we start? Some brown kids? Old people? Women? COME ON. [WaPo via TPM]