GOP's New Math Will Cut Your Taxes And Bankrupt America, So Basically A Wash 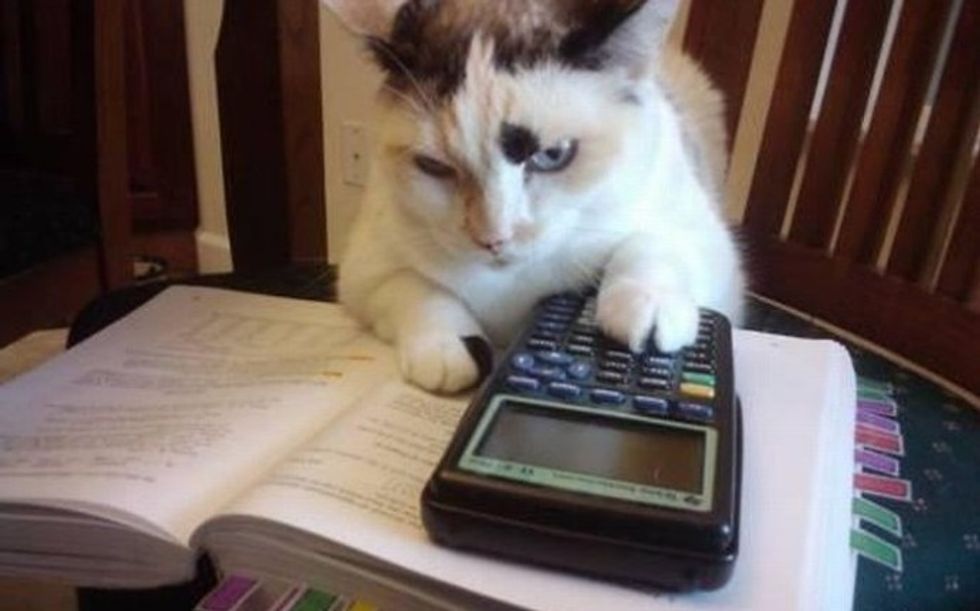 As the year draws to a close, we here in the Washington Bureau are grateful for many things. Because we are Americans, we are most grateful for our capital-F Freedom and its valiant defenders, not least the right-wing fiscal fringers of the coming 114th Congress. These brave budget warriors will liberate us from the tyranny of traditional government math, freeing us from the chains of logic and allowing our wildest fiscal fantasies to come true.

With Republicans' innovative new interpretation of numbers, it is not only possible but assured that the government can slash taxes until it's only taking in a tiny trickle of Ameros while still funding our beloved military and anything else we might need! It'll all come together as soon as the smartest guys are in charge.  According to Dave Weigel, Republicans plan to get the ball rolling by calling for the head of Obama math czar Doug Elmendorf.

Incoming Republican leaders in Congress won’t reappoint Doug Elmendorf to another term as head of the Congressional Budget Office, according to a party aide briefed on the decision.

The move comes after a campaign from conservative lawmakers who want to change the way the CBO calculates the costs of government, said the aide, who requested anonymity to discuss a personnel decision. The office provides nonpartisan budget analysis for members of Congress that includes estimates of the cost of legislation.

With Elmendorf out of the way, Republicans will be free to install a CBO head who will be more open to the titillating possibilities of dynamic scoring. Rather than any of the things you hope it might mean, dynamic scoring is fiscal sleight-of-hand that's crucial to Republicans' budget magic. Dynamic scoring is capable of changing tax cuts, at least on paper, from a loss of income for the government into an avalanche of money described by totally believable projections of explosive growth in response to the tax cuts.

This fiscal philosophy, made holy by Saint Ronald and laid out by Reagan acolyte Arthur Laffer in his eponymous "curve," has been championed in recent years by visionary governors like Scott Walker and Sam Brownback, whose dramatic tax cuts have led their states only to the edge of bankruptcy. Republicans in Washington can't wait to sprinkle that sweet fairy dust all over the federal budget.

Over the past few months Republicans have renewed their focus on changing the way CBO scores budgets... Dynamic scoring calculates budgets through a controversial view that tax cuts both create economic growth and counter lost revenue. Currently the CBO does not use dynamic scoring.

Both Rep. Paul Ryan (R-WI), the incoming chairman of the House Ways and Means Committee, and incoming Senate Majority Leader Mitch McConnell (R-KY) have argued in favor of dynamic scoring.

If Paul Ryan's on board, we can be sure it's based on sound financial principles! Why not give this updated math a spin and see if it works?

Wait, someone did? We don't remember seeing a red-hot explosion of economic growth anywhere recently.

Kansas will collect $1 billion less in revenue in 2015 and 2016 than its projected expenses following massive income tax cuts signed into law by Republican Gov. Sam Brownback.

The new revenue estimates released Monday revealed that Kansas would burn through about $380 million in reserves and still need to cut $280 million to balance its current budget for fiscal year 2015, which ends next June 30.

The problem continues in 2016 when revenues are projected to run $436 million short of expenditures, the estimates show. [...]

The new figure raises the prospect of deep cuts in the state budget following controversial income tax cuts that Brownback vigorously defended during his re-election campaign against Democrat Paul Davis. Critics worry that schools, roads and social services will be among the areas cut in coming months.

Oh, that. Pay no attention to the catastrophic failure in Kansas after Gov. Brownback's reliance on dynamic scoring plunged the state into a massive budget hole, forcing lawmakers to hastily cut another quarter-billion dollars from already-slashed education and infrastructure funding by June to keep the state from being acquired by Bain Capital and sold for parts.

Republicans are quick to distance themselves from the Kansas experience, claiming that Brownback's mess in no way reflects on the wisdom of low-tax-leads-to-fountain-of-money budgeting.

It’s making for an odd dynamic in which some Republicans now proudly say their tax plans will be "incremental" or "evolutionary" instead of "revolutionary."

Yes, much better to slowly starve the government of money. That way, the effects are gradual enough that they can be blamed on a bad economy, and not the economic reality that tax cuts do not pay for themselves. Traditional budget wisdom says that even government on a starvation diet costs money to run and that Job Creators will not rush out and hire more Hard Working Americans the second they have an extra dollar, but we should not be bogged down by such narrow thinking. To free ourselves from the confines of outdated arithmetic, we must believe.

It's shaping up to be a mathemagical year in your new Republicongress. Prepare to be dazzled.