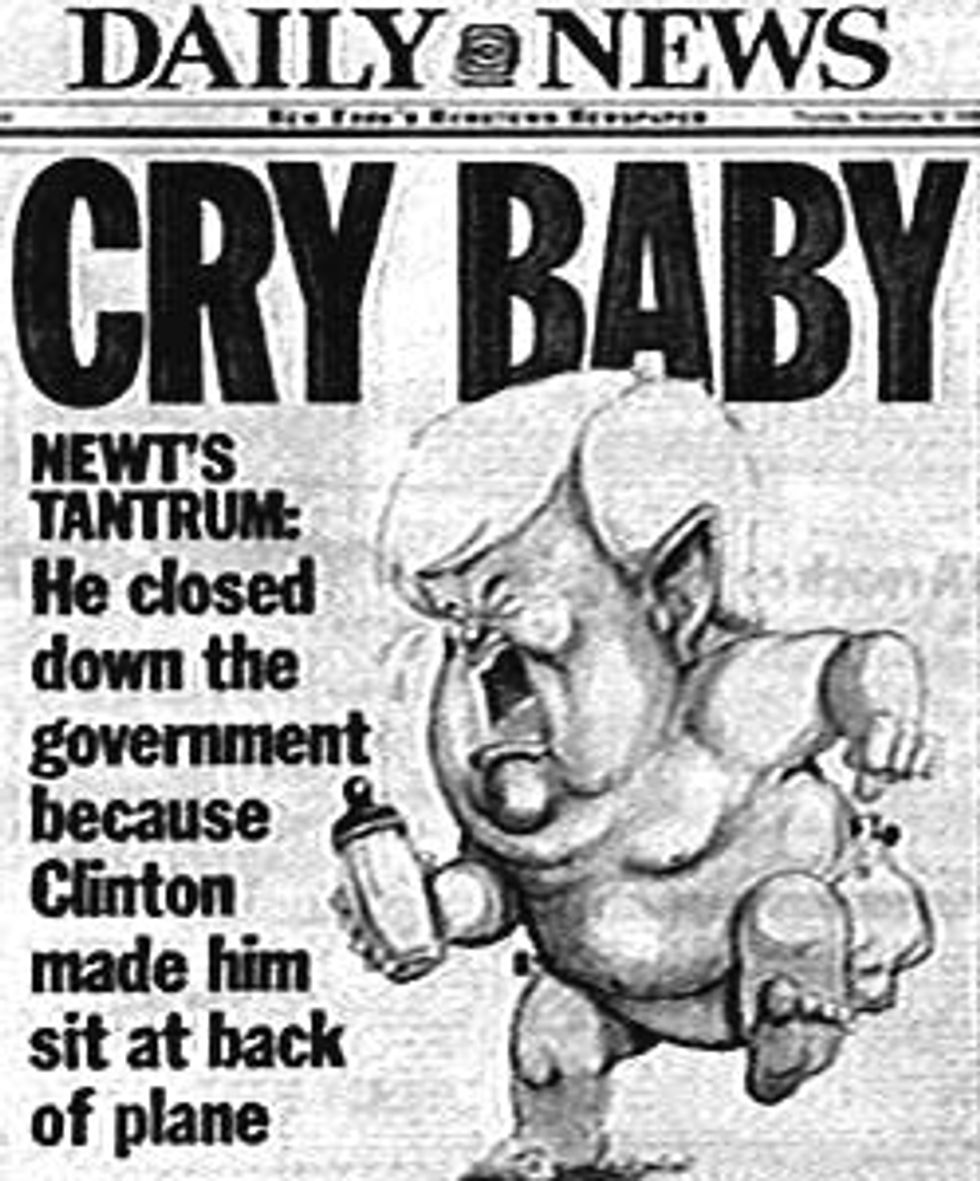 Whoever said that manufacturing was dead was clearly not in the “Congressional crisis” industry. You may have thought that supply was low, or that demand was waning, but Congress is back yet again to manufacture another crisis and shove it down your throat, whether you want it or not. What are we collectively gagging on this week? Government shutdown! Hoorah! Wealready told you what was gonna happen if/when the government shuts down, but there are so many fun tidbits that it didn’t all fit in one post. Ready for Round 2?

If there is no deal struck to fund the government by midnight on Sept. 30, not all the lights go out. What stays open, you ask? Well, that would be:

And most sad of all, even sadder than hundreds of thousands of Americans losing a paycheck after already being furloughed so that grown men can throw a temper tantrum, is the fact that as part of the shutdown of national parks: *DRUDGE SIREN ALL CAPS *: THE NATIONAL ZOO PANDACAM WILL BE TURNED OFF. There have been giant sad faces all over twitters about this. GOP, why do you hate Butterstick II? WHY, TED CRUZ, WHY?!?!?!

If we can’t get our daily dose of cute panda awesomeness, the terrorists have clearly defeated all our freedoms.

Also, federal employees who aren't working would have to fork over their Blackberrys. So that twitching guy in the booth of Ben's Chili Bowl who can't seem to sit still may just be a non-essential Department of Education employee going through withdrawal. Or a junkie, who really knows.

Also, because of a weird set of laws, the city of Washington, D.C., is prohibited from spending EVEN LOCAL TAXES during a government shutdown. There is an exemption made for “essential” city workers, but it is much more narrow than the federal definition, meaning things as basic as garbage pick-up would have to cease. Well, D.C. Mayor Gray ain’t gonna put up with bullshit like that, per WaPo:

Gray has sought to designate all of the city’s 32,000 employees as exempt from shutdown furloughs… “Unless somebody takes me out in handcuffs, I’m not shutting down anything,” Gray said Saturday during a Potomac River cruise with a group of civic leaders.

Seeing how D.C. does not have any voting representation in Congress, this seems ok by us.  Even better would be the crazy notion that American citizens who pay federal taxes and live in America should have representation in a representative democracy, but that’s a whole other rant.

Anyhoo, back to Congress being dicks. There were some rumors going around that there would be a one-week stopgap measure to fund the government. We haz a confruse because a one-week measure would fund OBAMACARE! THE HORROR!!1! Seriously, what kind of thinking is this? Is the House GOP going for a “Just the Tip” strategy? Like it doesn’t count as funding if it’s just for a little bit?

We can just imagine Ted Cruz  explaining that to an unhappy base: “No dear, you don’t understand! I wasn’t cheating on you – I just funded Obamacare a little bit – it didn’t mean anything, baby, I swear! Come on honey – stick with me, at least through New Hampshire in 2016.”

Harry Reid has already rejected the one-week stopgap measure, so it looks like the House and Senate will keep fighting about a law that passed in 2010, was validated by the re-election of Our Kenyan Overlord, and upheld by the liberal hero John Roberts.

So really, no one knows what the fuck John Boehner will do, other than probably bend over and take whatever the Tea Party is dishing out. On the up side, liquor stores remain open during a government shutdown.